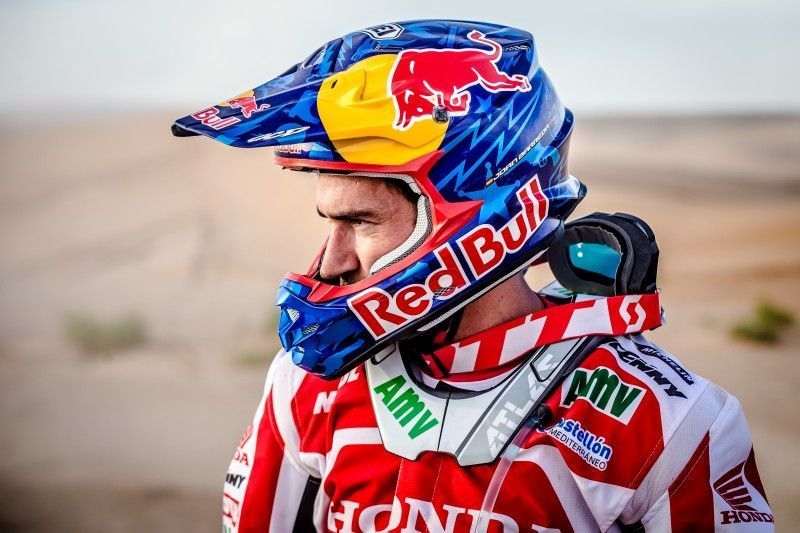 Joan Barreda and Rubén Faria has been the fastest in the prologue of Dakar 2016, in motorbikes category. Rodriguez followed the Iberian drivers in third places, as Gonçalves suffered mechanical issues.

New Year, new life and new Dakar, following the administrative and technical checks, today the action has started in Buenos Aires. 136 motorbikes and 45 quads will start this new adventure in the madhouse deserts of South America.

As always, quads and motorbikes where the first to ride in the 11km of special today. It looks such an easy day but, you made any mistake you can lose a lot.

The bad luck came to the Argentinean rider Juan Agustín Rojo who suffered mechanical issues on his Gas Gas 450. Mechanical issues as well for Paulo Gonçalves who arrived on 50th place, one minute slower than the fastest today, Joan Barreda.

The HRC Honda rider and Portuguese Rubén Faria set the fastest time today, finishing in front of Hélder Rodrigues (Yamaha). The Frenchman’s Van Beveren and Michel Metge –from Yamaha too, completes the top5.

In Quads, the fastest was the Chilean Ignacio Casale, in front of the Argentinean’s Marcos Patronelli and Pablo Copetti.