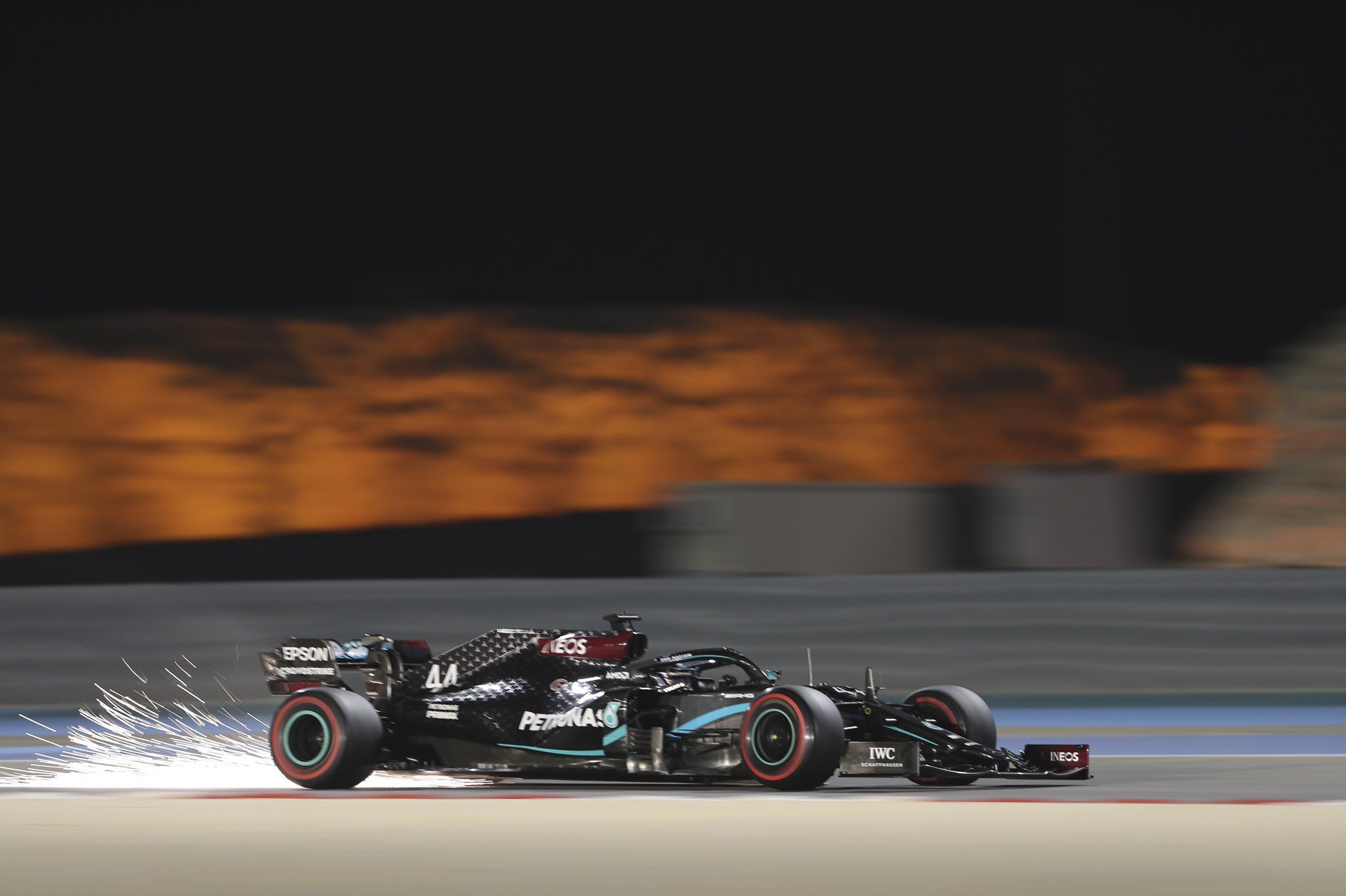 The first part in F1 Bahrain GP qualifying under the lights had a strange strategy from most as Red Bull Racing’s Max Verstappen was the first to set the benchmark but he was beaten by Mercedes’ Lewis Hamilton and Valtteri Bottas then on.

While everyone was on the soft tyres, Racing Point’s Lance Stroll was the sole on the medium compound for the first run. The Canadian used a soft tyres then for his second run to end up second behind Hamilton as Red Bull’s Alexander Albon improved to third.

The second part in F1 Bahrain GP qualifying saw the strategy game play out with everyone on the medium tyres barring AlphaTauri drivers for their first run, where Williams’ George Russell remained in the pits for long initially.

The session was red-flagged after a spin for McLaren’s Carlos Sainz at Turn 1. He lost his rear and was stuck with no drive. The clocked was stopped at 9m10s with no time set till then as the Spaniard’s day was done and dusted then with no time set.

Everyone persisted with the medium tyres barring Russell as Mercedes’ Hamilton led the way from Verstappen and Bottas – the trio within half a second of each other. Albon was on his way to do so until the brief moment on his quick lap in the final corner.

He switched to the soft compound for his second run suspecting risk along with McLaren’s Lando Norris but both aborted their laps. The knocked out zone was led by the Ferrari duo as Sebastian Vettel (1m29.149s) led by Charles Leclerc (1m29.165s) in 11th and 12th.

It was a bad one for Racing Point as well with Stroll in 13th as Russell ended up 14th with no lap for Sainz. Interestingly, everyone in the Top 10 had the medium tyres for their fastest lap, which is what they will all start the F1 Bahrain GP on.

The final part in F1 Bahrain GP qualifying had Hamilton take provisional pole with a 1m27.677s from Verstappen and Bottas as the Top 3 had a good gap to fourth-placed Racing Point’s Sergio Perez – the last one to be within a second of the leader.

At the fag end, Albon, Norris, AlphaTauri’s Daniil Kvyat and Renault’s Daniel Ricciardo set their first lap on a used set of soft to be seventh to 10th in the order. They all switched onto the new set for their final run which helped couple of them.

It was almost a 5-6 for Renault but for a quick lap from Perez (1m28.322s) in fifth which pushed Ricciardo (1m28.417s) to sixth and Esteban Ocon (1m28.419s) in seventh, with the Australian managing to pip the Frenchman after he looked better in qualifying.