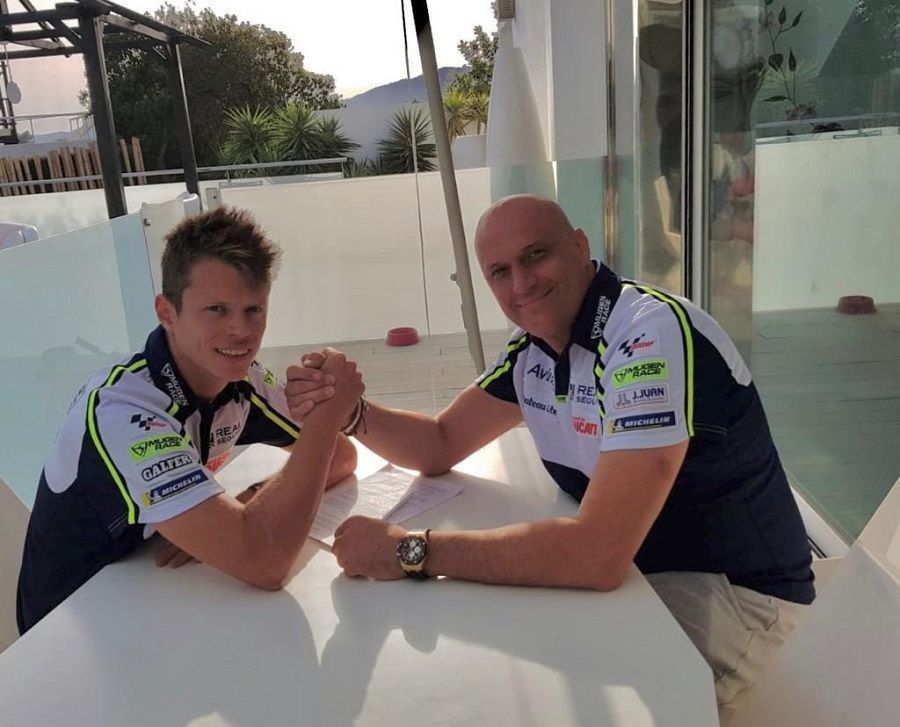 With the announcement of Rabat’s contract being extended for two more seasons until 2021, the Spanish MotoGP outfit has affirmed its intentions to stay on in the premier class as a Ducati satellite team and make the necessary progress towards the independent title.

The team has had a difficult year as its sits last in the teams’ championship with 17 points as Rabat recovers from the big injury he suffered in 2018 British GP. Teammate Karel Abraham has looked good at certain races but hasn’t been able to score big points.

Both are riding the Ducati Desmosedici GP18 this year, but as per owner Raul Romero, they are to receive the latest specification of the factory bikes. In addition, the team confirmed about its ongoing negotiations with a sponsor, which will allow it to take the next step.

The announcement for Rabat also ends the speculation regarding the Spaniard looking for a ride in World Superbike Championship. “I’m very happy that I signed for two more years with my team,” said Rabat. “The best news is that we are going to have factory bikes from 2020, which is crucial to our goal of fighting for top positions in every race.

“The MotoGP class is more competitive than ever and you need to have the best machinery to get good results. I want to thank Raul for his confidence in me. We had a difficult start into this year, but we got stronger in the last few races.

“Knowing that I will continue for two more seasons is a boost to my confidence and I’m sure I‘ll be back stronger in the second half of the championship.” At the same time,  Esponsorama’s Romero added: “It is a pleasure to announce that Tito will continue with us for the next two seasons.

“There has been a lot of talk about Tito’s future and the future of the team, but with this announcement we made it clear that we are moving forward together and that we will be stronger than ever before. The team grew steadily since we arrived in MotoGP.

“The next step is to get factory machines, the same way as all the other independent teams in the championship. We are working on this right now and we are also in negotiations with a big sponsor that perfectly matches the size of the project we are planning for the upcoming seasons.”

While it was not mentioned in the press release but Czech rider Abraham had signed a two-year contract himself in 2018, which means Avintia should have an unchanged line-up for the 2020 MotoGP season at least.