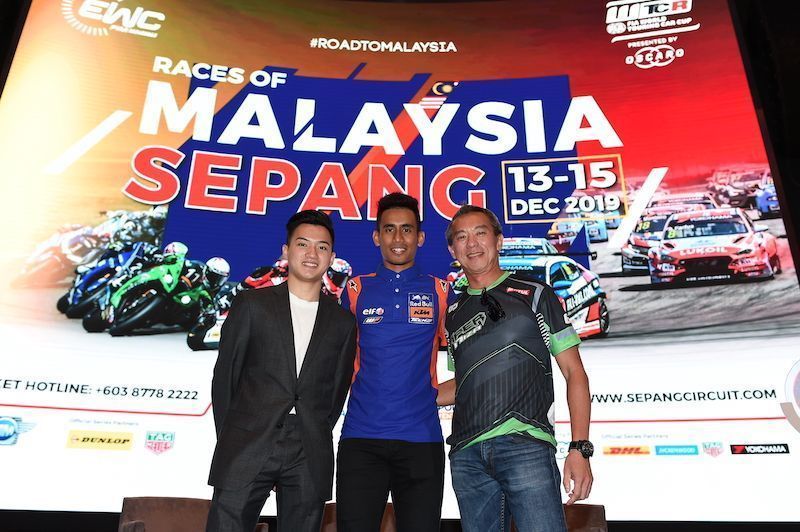 Syahrin will make his racing car debut later this year on December 13-15 in the season-finale of WTCR series in Malaysia at Sepang International Circuit as a wildcard entrant. The Malaysian will race for Liqui Moly Team Engstler.

He will drive a Volkswagen Golf GTI TCR with fellow countryman Mitchell Cheah in the a second car, while a third Malaysian Douglas Khoo will drive a CUPRA TCR for Viper Niza Racing, to make it three from the country for the round.

Speaking at the announcement event, SIC’s CEO, Dato’ Razlan Razali, said: “For 20 years, we have strived to bring many world-class events to appease motorsports fans not only from Malaysia but also from the region.

“With the departure of F1 in Malaysia, we were tasked to look into other world-class events to include in our annual calendar. Through fan voting and further feasibility study, FIM EWC and FIA WTCR were the top two selected events.

“For the WTCR and EWC events at Sepang, we are grateful and delighted to join forces with Tourism Malaysia as they kick off their Visit Malaysia 2020 campaign. The support we get from Tourism Malaysia goes a long way in ensuring that Malaysia stands out as the main destination for motorsports tourism in the region.”

At the same time, Francois Ribeiro, Head of Eurosport Events, the WTCR and EWC promoter, said: “Hafizh Syahrin is a household name in Malaysia and we’re delighted he won’t just be competing at Races of Malaysia, but truly embracing the double-header concept by taking part in both the 8 Hours of Sepang and the three races that make up WTCR Race of Malaysia.

“We have followed Mitchell Cheah’s progress with interest in TCR Asia last year and ADAC TCR Germany this season and he’s demonstrating a great potential. What Douglas Khoo lacks in experience of international competition he’ll make up for with vast track knowledge.”

Meanwhile, Malaysian Minister of Tourism, Arts and Culture, Datuk Mohamadin Ketapi added: “I strongly believe that sporting events like the Races of Malaysia should remain as one of the main drivers in the Malaysian tourism industry.

“Major sporting events like these have a degree of trickle-down effect that will benefit not only the tourism industry but also the general economy in Malaysia.” As mentioned, Syahrin – who lost his Tech 3 KTM seat to Brad Binder – will also compete in the 8 Hours of Malaysia but no further details has been released, regarding the team and the bike.

Binder graduates to MotoGP in 2020 with Tech 3 KTM