Home F1 Austrian GP: Leclerc on pole, issue for Vettel & Hamilton to be... 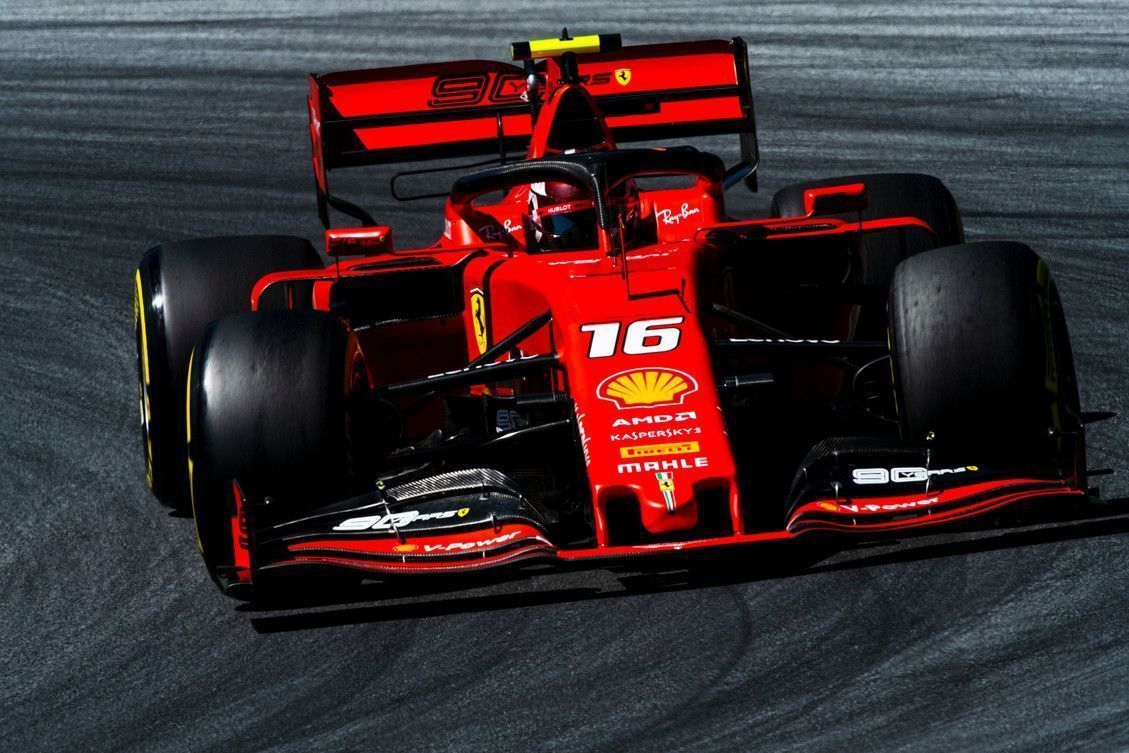 The first part of F1 Austrian GP qualifying at Red Bull Ring got interesting when Mercedes were forced to undertake a second run to be safe for Q2 when both the Ferrari drivers used the medium compound to be already in the second part.

In the end, it was Red Bull Racing’s Max Verstappen leading the way from Mercedes’ Lewis Hamilton and Valtteri Bottas. At the back, the Racing Point drivers had a tough run with Sergio Perez (1m04.789s) only 16th and Lance Stroll (1m04.832s) 17th.

The Mexican missed on Q2 by just 0.011s as both of them interestingly used the medium compound for their first run. Joining them were Toro Rosso’s Daniil Kvyat (1m05.324s) along with Williams’ George Russell (1m05.904s) and Robert Kubica (1m06.206s).

The Russian was livid after his final run when he found nearly four cars on his way – including teammate Alexander Albon – in the run-up to the final corner. With Albon having a penalty, Toro Rosso will have two cars from the back of the grid.

It was a strategy game in the second part of qualifying with the two Mercedes drivers using the medium compound along with Verstappen, but strangely Ferrari drivers opted to use the soft tyres for their quick lap and start the grand prix on them.

While the session started, the stewards noted an incident which will be investigated after the session – it was between Alfa Romeo Racing’s Kimi Raikkonen and Hamilton after the latter impeded the former in the Q1 session.

It got interesting towards the end when Haas’ Kevin Magnussen locked-up and destroyed his final lap along with McLaren’s Lando Norris but both made it into Q3 still. Magnussen’s teammate Romain Grosjean (1m04.490s) just missed out in 11th.

Ahead of the start of the third part of the session, there was work going on the rear left of Sebastian Vettel’s car – which was suspected to be a damage due to kerbs. The strategy though was decided with Mercedes and Verstappen to start on medium and Ferrari on soft.

It turned serious at Ferrari as Vettel did not venture out for his first timed lap and eventually left his car which ended his qualifying as teammate Charles Leclerc stormed to provisional pole from Bottas and Verstappen in the Top 3.

It was feisty in the end in the pole battle with drivers trying to back each other up but Leclerc was unbeatable with his second F1 career pole in Austrian GP with a record breaking 1m03.003s laps as he beat Hamilton (1m03.262s) and Verstappen (1m03.439s).

Post-session it was revealed that Vettel had a problem with the air pressure line to the engine. Meanwhile, Bottas (1m03.537s) slotted in fourth with Haas’ Magnussen (1m04.072s) securing the best of the rest slot in fifth from McLaren’s Norris (1m04.099s)

UPDATE: The stewards blamed Russell for impeding Kvyat with the British driver handed a three-place penalty. In fact, Russell took the blame as well and apologised to the Russian, which not only ruined his but Toro Rosso’s qualifying.

At the same time, Hamilton was handed a three-place penalty too for a similar offence against Raikkonen in Q1, but the Finn still managed to make it into Q3. Hamilton will drop three places to be fifth with Verstappen on the front-row from Bottas and Norris.

#F1 #AustrianGP The first one is in. Russell dropping 3 positions on the grid. Waiting on Hamilton's decision for the same offence. #MsportXtra pic.twitter.com/ZB6dHQziER

“Tomorrow is another day” 💪