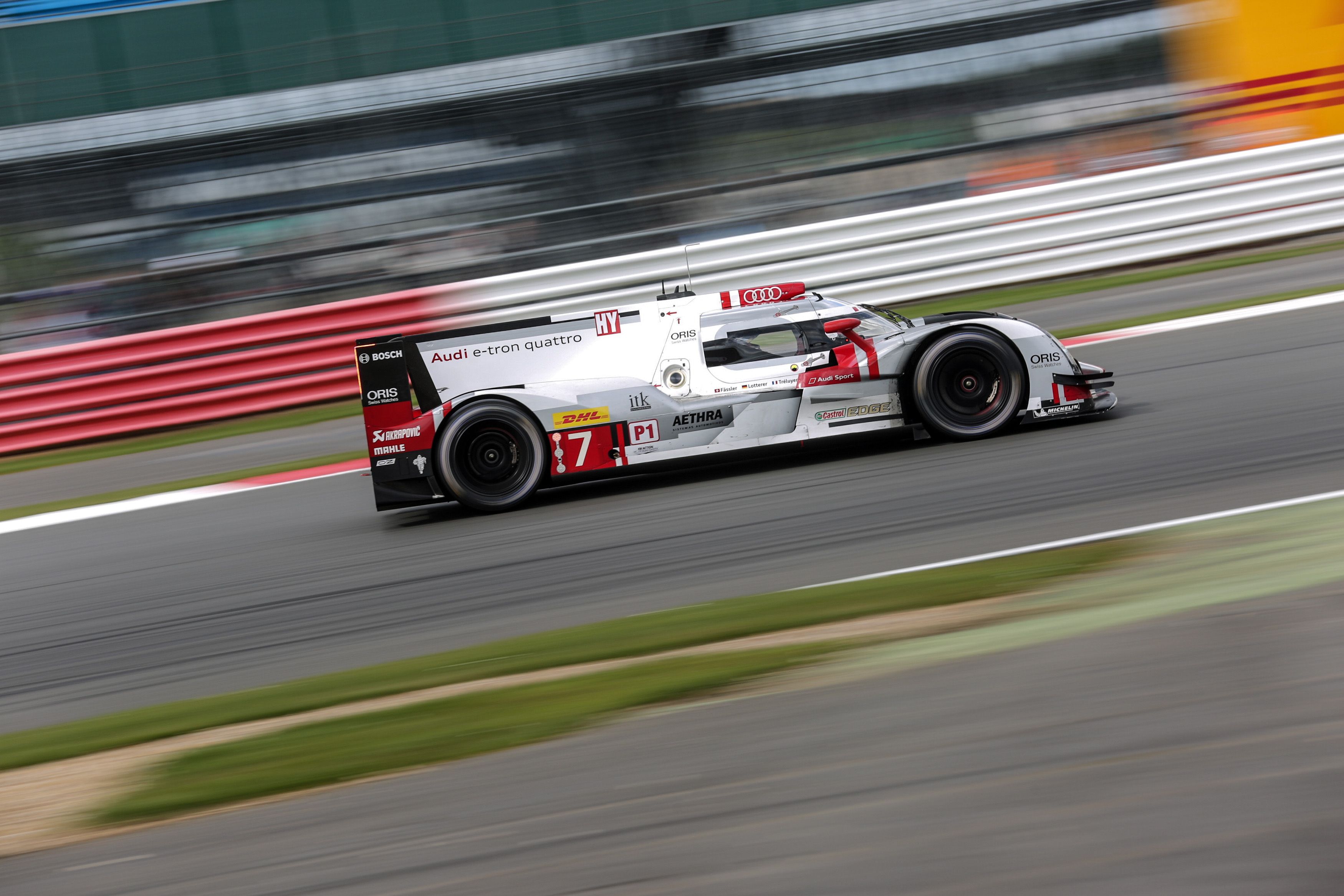 The no7 Audi R18 e-tron quattro of Marcel Fässler, Benoit Tréluyer and Andre Lotterer won the 6 Hours of Silverstone and the Royal Automobile Club Tourist Trophy after an action packed race.

A 72 second lead for Fässler over fellow Swiss driver Neel Jani in the no18 Porsche 919 was reduced to just 11 with 15 minutes left on the clock when the no7 car was given a Stop-Go penalty for abusing track limits.  This set up a great battle for the final few laps, but Marcel Fässler was able to hold on to the lead and take the win by just 4.6 seconds.  Sebastian Buemi took the final place on the podium for Toyota to make it one place for each of the three manufacturers competing in LMP1.

The no26 G-Drive Racing Ligier took the LMP2 win, with the sister no28 car taking second place to score a 1-2 finish for the Russian team.

Reigning GT World Champions Gianmaria Bruni and Toni Vilander got the defence of their title off to a great start with victory ahead of the no91 Team Manthey Porsche.

Aston Martin took another 6 Hours of Silverstone LMGTE Am win to make it three in a row for the British manufacturer.  Pedro Lamy took the chequered flag in the no98 Vantage to stand on the top step of the podium with Paul Dalla Lana and Mathias Lauda.