Aprilia is confused by the decision to ban Andrea Iannone for 18 months despite the FIM International Disciplinary Court found that the MotoGP rider’s food was contaminated.

A bombshell dropped on Iannone ahead of the 2020 MotoGP start when he was provisionally suspended after he failed a dope test taken during the 2019 Malaysian GP weekend. It initiated months long back and forth between the two parties.

Following the initial decision, Iannone with full support from Aprila, appealed the decision where the Italian detailed about the food he had which was contaminated. The meet took place on February 4 as he missed the pre-season testing.

Aprilia ran Aleix Espargaro as scheduled and had Bradley Smith in too. The decision of the hearing has not only surprised the rider but also the Italian outfit as team principal Massimo Rivola is confused on the verdict despite the innocence proved.

“The sentence leaves us baffled by the punishment imposed on Andrea, but also very satisfied in his motivations,” said Rivola. “The judges recognised Andrea’s total good faith and unconsciousness in confirming the thesis of food contamination.

“For this reason, the penalty imposed does not make any sense. In light of the reasons written by the judges, Andrea should have been acquitted, as has always happened to the other contaminated athletes.

“But this picture leaves us with much hope for the appeal, which we hope will be very fast. We want Andrea riding his Aprilia RS-GP, we will be at his side until the end of this story and we will support him in his appeal.”

The full statement from the FIM noted:

“The FIM International Disciplinary Court (CDI) handed down on 31 March 2020 a decision imposing a period of ineligibility of eighteen months on Italian MotoGP Rider Mr. Andrea Iannone, commencing on 17 December 2019 (i.e. the effective date of the Provisional Suspension) and which shall end on 16 June 2021.

“Following notification of his adverse analytical finding Mr. Iannone was provisionally suspended by the FIM since 17 December 2019. A hearing before the CDI on the merits of the case was held in Mies (Switzerland) on 4 February 2020. At the end of the hearing the CDI panel decided to suspend the hearing pending the additional and final written submissions of the parties (i.e. 28 February 2020).

“An appeal against the CDI decision may be lodged before the Court of Arbitration for Sport (CAS) in Lausanne, Switzerland within 21 days from the date of receipt of the CDI decision pursuant to Article 13.7of the FIM Anti-doping Code.”

As Rivola stated, Aprilia and Iannone will appeal the decision made by the FIM, which they feel will favour them. In the meantime, the Italian remains suspended and his results from Malaysian GP and also the Valencia GP stands invalid.

The saving grace for Iannone is the current COVID-19 pandemic, which has forced the delay to the start of the 2020 MotoGP season. The current official start date is mid-May but that could change as well as situation continues to worsen all-over the world.

Here’s the last on Aprilia and Andrea Iannone 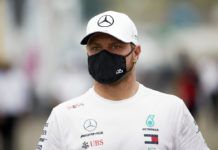 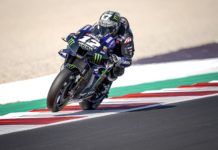