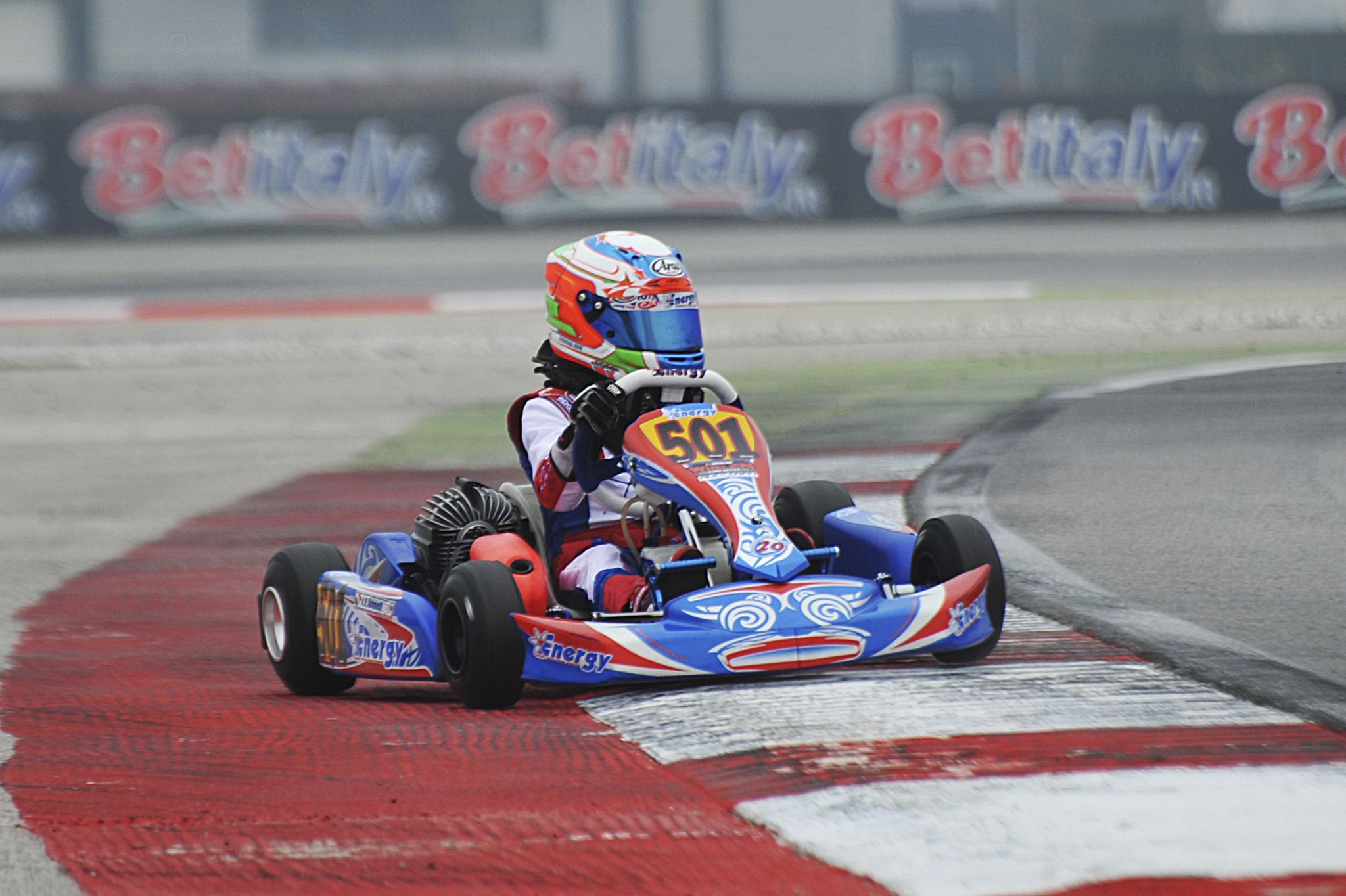 Andrea Antonelli, Martinius Stenshorne and Karol Pasiewicz have dominated the Mini 60 Final in the WSK Champions Cup in Adria International Raceway. Since the first lap, Antonelli has gone far away from his pursuers. In the last lap, the race situation has changed.

In the last corners, Stenshorne has touched slightly Pasiewicz when they were fighting for the second position. Pasiewicz was going for the outside part of the corner and he couldn’t avoid others drivers overcame him.

Polish driver Tymoteusz Kucharczyk, who has finished 3rd. The only one spanish driver who has entered in the final, Aaron Martínez, has retired because of an accident in the start.