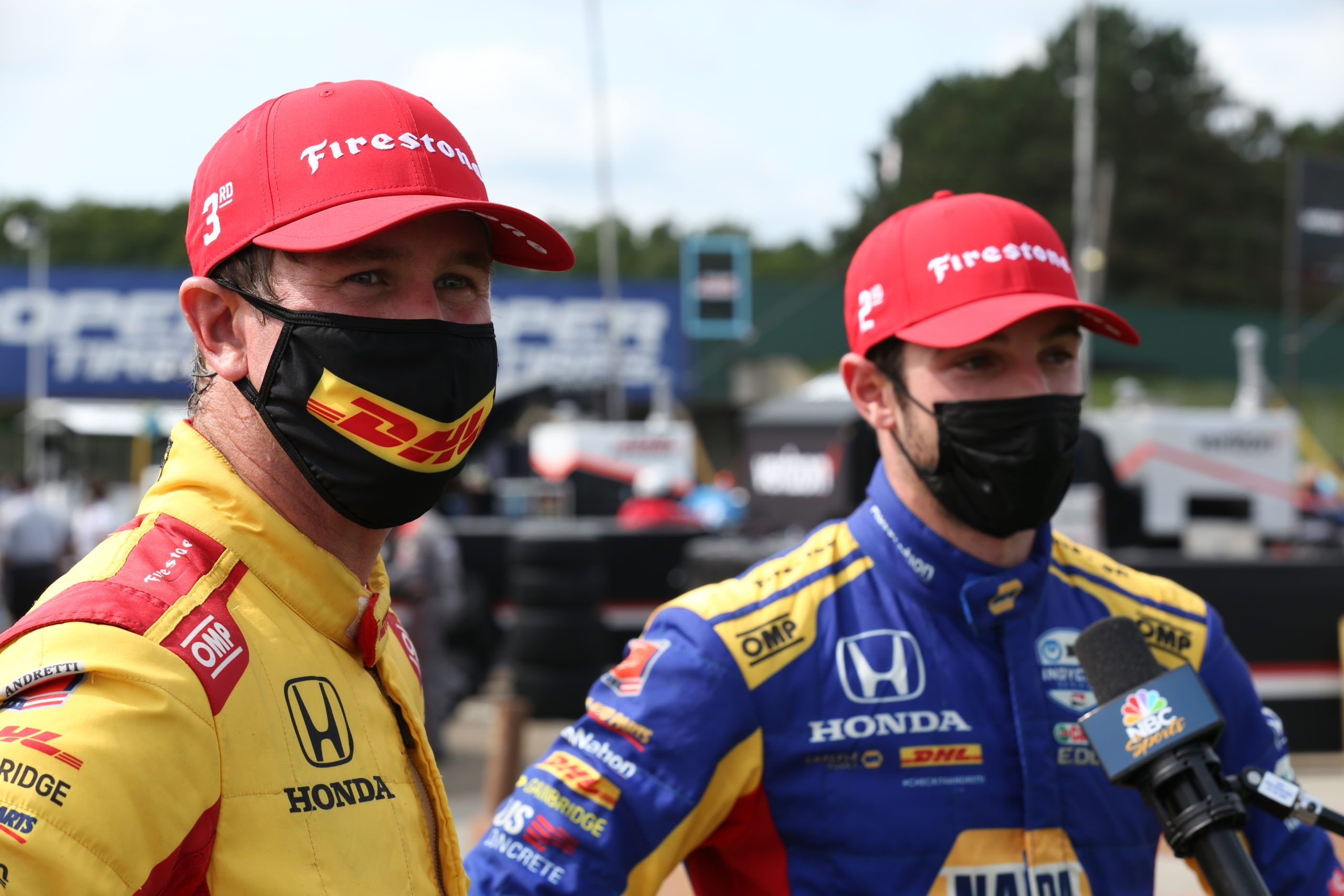 Andretti IndyCar drivers Ryan Hunter-Reay and Alexander Rossi react to the team downsizing in 2021, with the latter admitting he feared 2020’s larger team was disadvantageous.

Andretti ran a total of six cars last year, with five entered for full-season campaigns. The team supported a seventh car for Meyer Shank Racing and Jack Harvey, and yet only won on one occasion in 2020’s 14-race season. And though Colton Herta did manage an impressive third place in last season’s drivers’ standings, 2019 runner-up Rossi only finished ninth last year, winless throughout a season for the first time in his IndyCar career.

The American warned that the poorer showing could have been the result of the expanded team, which divided the organization’s attention. But in 2021, Andretti will be running just four cars full time, after a number of changes including the elimination of Zach Veach from the line-up, and Marco Andretti’s decision to race an abbreviated campaign.

Rossi suspects that limited track time in each weekend – a change prompted by the pandemic – has been a key factor in Andretti’s struggles, but does believe that this problem was exacerbated by the high number of cars in the team’s stable: “Did [five cars] help anything last year? Maybe not,” the Andretti driver conceded.

“I think the biggest thing that hurt us at the beginning of last year was really the reduced track time going into the actual qualifying/races. I think if you look back at 2018-2019, we were never great on Fridays, and we would kind of do a lot of work Friday night and come back Saturday for final practice and be there and qualify up front and the rest was kind of history.

“When you have that many cars and it’s such a condensed one-hour practice with a two-hour break, into qualifying, you can’t use the advantage of all those cars. Like it’s not possible. You don’t have enough people and enough time to go through that amount of information and make educated decisions.

“I think once we got our kind of off-line correlation and our deltas right with the aeroscreen and the effect that it had on the car, I think once we kind of got that in line with the on-track reality — the other thing is when COVID happens, all the wind tunnel, the shaker rig, the simulator time, it all disappeared. We didn’t have any tools available to us to kind of figure out what our problems were, address them and solve them.

“We had to do it all on track. I think that’s a lot of what you saw the first half, the first 70 percent, 60 percent of last year. I think the one big thing that we wanted to accomplish in preseason testing this year was making sure that our offline simulation was correlating to the on-track stuff, and we did a lot of really cool things this winter. Honda and HPD have played a pretty big role in that, and we’ve progressed forward quite a lot.

“Like I said, I think the team is operating at a level that they haven’t before. I’m more motivated than ever, and yeah, I think it’s all — everything is lining up as it should. We just have to go out and do it now,” Rossi said.

Andretti teammate Hunter-Reay had also previously raised concerns about Andretti’s inflating car count, and the Californian says he is relieved to see the team refocusing on a smaller group. However, he admits, he is sad to see Marco Andretti bow out in 2021. “I’m very happy with the fact we’re coming down and we’re focusing. I mean, I’m going to miss Marco. I am. I’ve been his teammate since 2010. Great friend of mine.

“It feels the same still. I mean, we haven’t done a race without him. It still feels like the same large team, so to speak. Hinch coming back is awesome. It’s like he’s coming home. He’s one of my good friends, one of my great teammates, great working relationship and all that stuff. Him coming back is a natural fit. It’s going to be awkward not to have Marco there,” Hunter-Reay admitted.