Home Single-Seaters Indycar Veach leaves Andretti for remainder of 2020, not to return for 2021 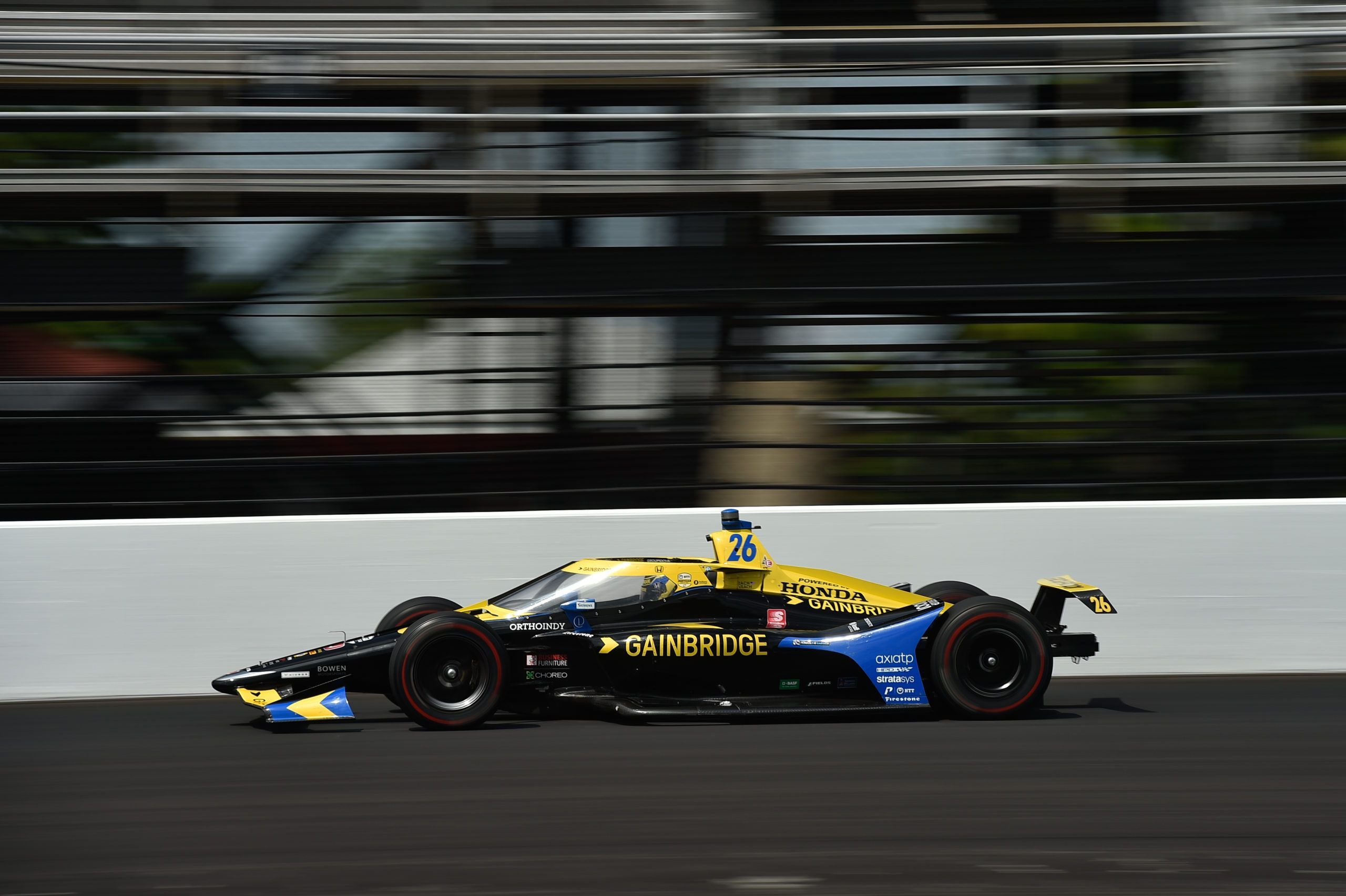 After a turbulent few years with Andretti Autosport, Zach Veach will be leaving the IndyCar team for 2021, also stepping out for the remainder of 2020.

Veach joined the team at the start of the 2018 season, having driven intermittently for various teams on the grid throughout 2017. His three-year deal ensured that he retained his seat for 2019 despite failing to match the performance of his teammates, and though he was expected to improve greatly in 2019, better results never materialized, as he performed worse in the championship that year than he had in the one preceding it.

2020 got off to a good start for the young American, with a fourth-place at the first round in Texas, but he has thus fair failed to replicate such pace in the races that followed. One of few poor-performing Andretti cars at this year’s Indy500, speculation grew that Veach might be nearing the end of his career with the outfit, and weeks later, that speculation has been realized, the team announcing Wednesday that the 25-year-old will not contest the 2021 IndyCar season with them, nor will he race with them in 2020’s remaining rounds.

Veach cited limited testing time as the reason for his premature exit, though a cause for his departure in a more general sense has not been listed. The American offered his assurances that he will be exploring his options for 2021 in a statement released by the team, as he also thanked Michael Andretti for entrusting him with a seat for the past three years.

“The decision was made that I will not be returning in 2021 with Andretti Autosport in the No. 26 Gainbridge car. This, along with knowing that limited testing exists for teams due to COVID, have led me to the decision to step out of the car for the remainder of the 2020 INDYCAR season. I am doing this to allow the team to have time with other drivers as they prepare for 2021, and so that I can also explore my own 2021 options.

“This is the hardest decision I have ever made, but to me, racing is about family, and it is my belief that you take care of your family. Andretti Autosport is my family and I feel this is what is best to help us all reach the next step.

“I will forever be grateful to Michael and the team for all of their support over the years. I would not be where I am today if it wasn’t for a relationship that started many years ago with Road to Indy. I will also be forever grateful to Dan Towriss for his friendship and for the opportunity he and Gainbridge have given me. My love for this sport and the people involved is unmeasurable, and I look forward to continuing to be amongst the racing world and fans in 2021,” Veach shared.

Team boss Andretti added, “We first welcomed Zach [Veach] to the Andretti team back in his USF2000 days and have enjoyed watching him grow and evolve as a racer, and a person. His decision to allow us to use the last few races to explore our 2021 options shows the measure of his character. Zach has always placed team and family first, and we’re very happy to have had him as part of ours for so many years. We wish him the best in whatever 2021 may bring and will always consider him a friend.”

The team say a replacement will be announced shortly, and though it is not certain, it is considered a likelihood that James Hinchcliffe, who drove for Andretti at three IndyCar races this year, might fill the seat.