Home In the Spotlight Among 2021 IndyCar rookies, only one can compete & win ROTY honour 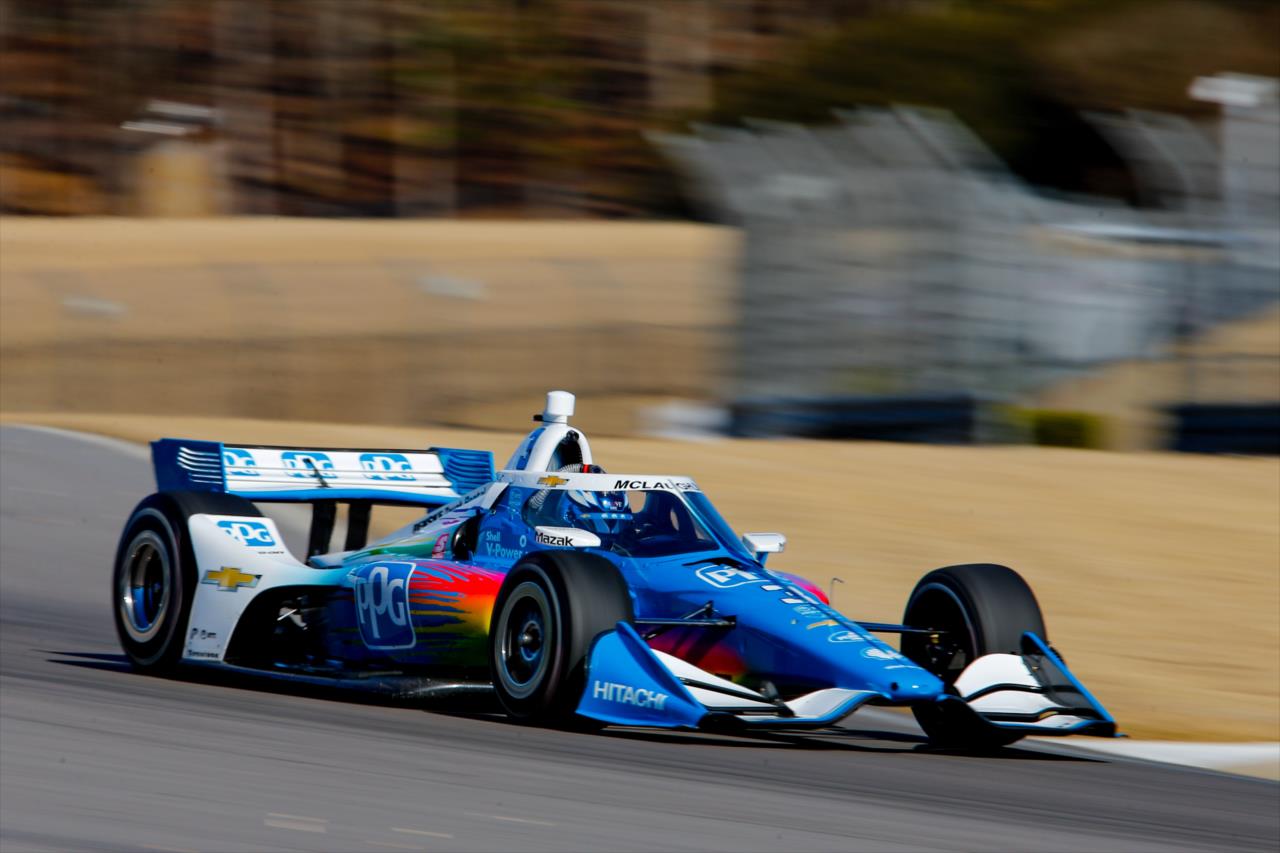 Of the three, McLaughlin is the only one contesting the whole season, with Grosjean and Johnson to miss the four oval races of the year – including the Indy 500, which offers double points. The Kiwi driver says he is excited to be racing against such highly regarded competition as his fellow rookies, in what he described as “[an] exciting time for the category” of IndyCar.

“I didn’t think I’d be racing Jimmie Johnson, Romain Grosjean,” McLaughlin told IndyCar media. “It’s crazy. Very exciting. Someone put out a tweet, quite a good tweet, the rookie class where it’s like three-time Supercar champion, seven-time NASCAR champion, then a guy who is a veteran of Formula 1 [all] in their first season in IndyCar.

“It just shows what IndyCar is all about right now. It’s [an] exciting time for the category. I hope the fans relish it. I think it’s awesome to have Romain and Jimmie be a part of it. They’re two guys that have done so many things in world motorsport,” McLaughlin added. “To be here in my rookie season with those two guys, it’s phenomenal. I’m really excited.”

McLaughlin quickly embraced ovals, differentiating himself from fellow debutants Johnson and Grosjean. The latter pair, both fathers, decided it was in their best interest to abstain from oval racing and the risks associated with it. Johnson was clear of this immediately, though for Grosjean a jarring Bahrain GP crash made him reevaluate initial plans to race in a full campaign.

The former says he is a 2 out of ten in preparedness, with his oval experience rendered useless and his lack of single seater experience meaning the cause of some difficulty. “If [Grosjean is] a 5, then I’m at a 2. He’s spent a lifetime in formula cars. I mean, I still have to learn the flags and the procedures and all the stuff that’s different.

“I’m starting over from square one here. I’m just laughing at myself and enjoying the ride as I’m on it. You know, all the practice and testing I’ve done has just been single car. I was at Sebring yesterday in the DPi and was in traffic and really understanding the aero effect in traffic with a car that is so aero dependent, and I was blown away by the implications.

“I thought NASCAR had a problem with aero tight. These downforce, high downforce cars that are so dependent on it, it’s even worse, and I haven’t had a chance to experience that yet in an IndyCar. I’m at a 2 for a lot of reasons. But I’ll be there with a smile on my face giving it my all,” Johnson promised.

Grosjean has appeared competitive in pre-season IndyCar tests, and will likely contend for strong results in 2021 as he works with Dale Coyne Racing, an established operation with a history of podiums and wins. He looks forward to this, as it offers relief from the certainty of F1, in which only two drivers not from the top three teams have won since 2014.

“I’ve had a great career. But also I was at the end of what I wanted to do there. Fighting with Haas to be out of Q1 when everything was fantastic is something that I had enough. It was no real fun. Whereas in IndyCar, I think everyone has got the same car, dampers, you can work on, they make a huge difference.

“Obviously if we compare Dale Coyne Racing with RWR, Penske and Ganassi, we have less resource, but it doesn’t mean we can’t do a good job and set up the car to our liking and go for it. I think that’s what really attracts people, is that it’s top series, top cars, top drivers, and the driver can actually make the difference,” Grosjean said.