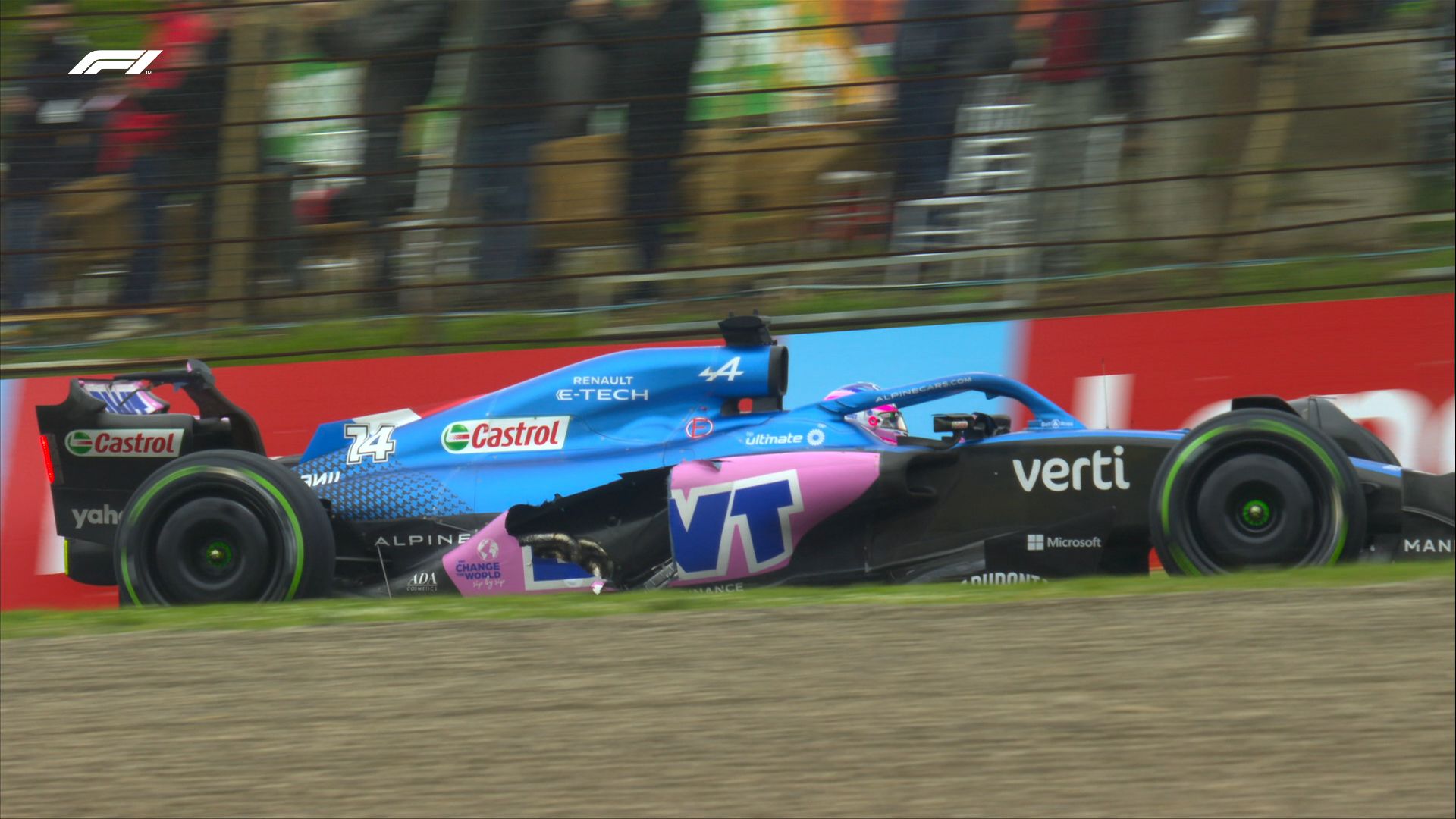 Fernando Alonso adds another unlucky moment in his list for the 2022 F1 season, with Mick Schumacher also having a disappointing run.

Alpine’s Alonso has endured a challenging start to the 2022 campaign. A modest ninth place in Bahrain followed by retirement in Jeddah after a tremendous battle with team-mate Esteban Ocon. Classified 17th and last in Melbourne was followed by an opening lap tangle with Schumacher, forcing the German into a spin and the veteran into race retirement early on.

Regarding Imola, it was great pity. Fifth in qualifying (for the Sprint Race) saw him finish ninth which was a disappointment in the end. It does appear Alpine as a team certainly have a car that has speed but Alonso has been unlucky throughout so far.

The start of any Grand Prix is always a perilous time and when the conditions are like that Imola, it is a lot more hazardous. It was minimalist of collision between the two aforementioned saw Schumacher spin and his rear wing hit the sidepod of Alonso who didn’t last long as his body cover came off.

It was frustration for Alonso as he would appear to be a guy who doesn’t seem to be able to catch an even break just yet in the opening four Grands Prix. Despite this latest setback, all is not lost on the articulate and philosophical two-time World Champion.

“I didn’t feel much, obviously it was very very small touch with Mick,” said Alonso. “I only saw on the replay and obviously that was enough to destroy my car. So I think there are a lot of unlucky moments so far for me in the championship out of my hands, my control and yes, this is another example but let’s see, still 19 races to go.

“I remember last year after Imola I had only one point and the season was a little bit rough at that point and then we ended up high in the championship and quite competitive. So let’s see if this year we can do the same,” summed up Alonso.

For Schumacher, it was another difficult end where he not only had the first lap trouble but more of them during the race. “A difficult day, unfortunately lost all our position at the beginning and then it was just hard to to recover from there, quite difficult,” he said.

“I mean the Williams were very quick on the straights so there was no chance for me to get by. Quite unfortunate but we live and we learn, try to look ahead and we try to do it better next time I don’t know if there was any damage on the car after the collision, we will have to check it and see”.

“It didn’t feel too different but obviously we were hoping we had more pace than we did,” summed up Schumacher. It was a disappointing day for him and Alonso but all is not lost for either of them with 19 races to go.

Here’s video of getting his side pod bring ripped off Fernando Alonso: https://www.formula1.com/en/latest/video.2022-emilia-romagna-grand-prix-fernando-alonso-retires-after-sidepod-rips-off.1730997484759452620.html