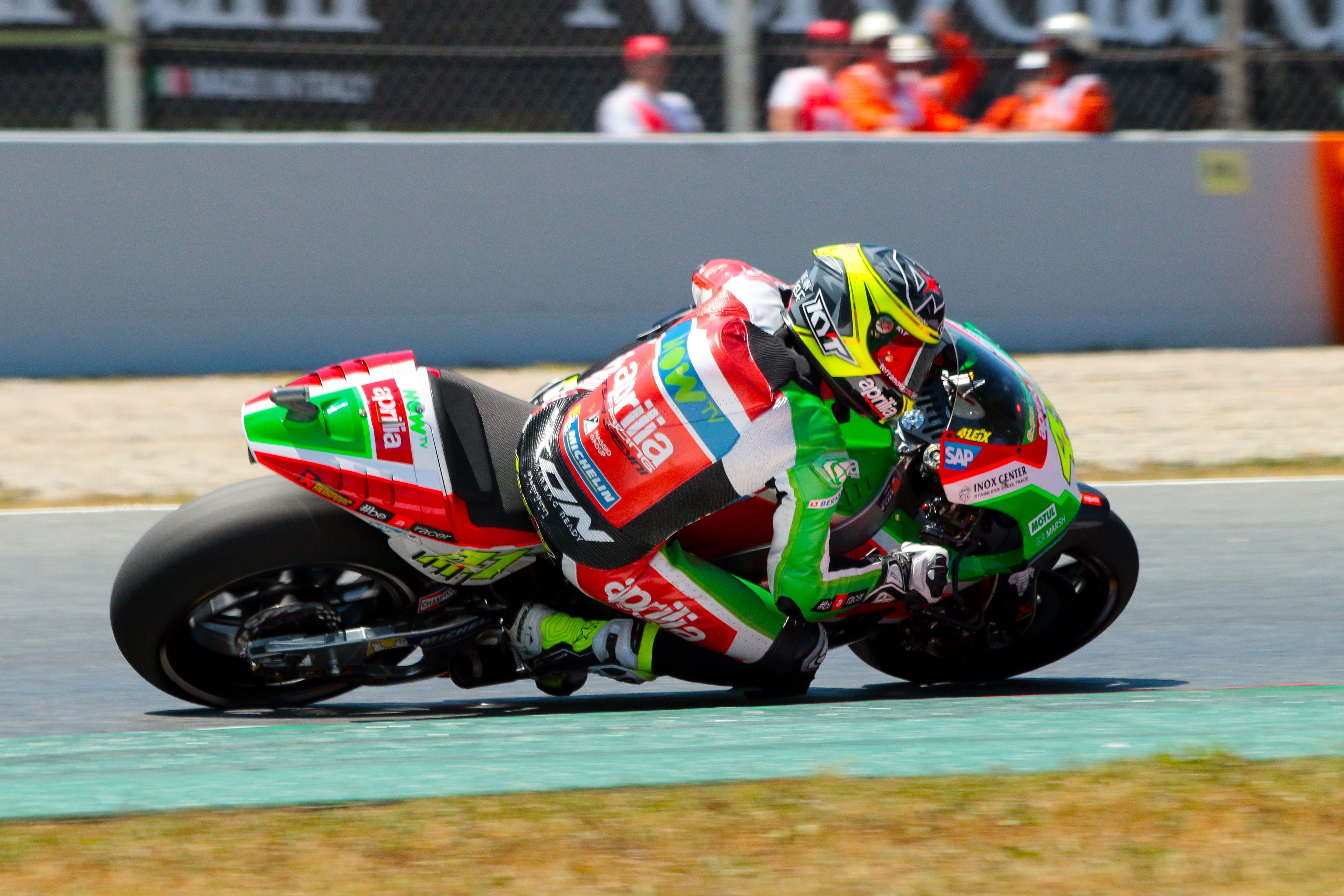 The Aprilia Gresini driver, after finish in a great position during the qualifying session of MotoGP for Catalan Grand Prix, believes that tomorrow he will be just as competitive as today.

Aleix Espargaró that competes in his “home” grand prix since the Catalan is from Granollers, population that own half of the land of the circuit of Barcelona-Catalunya, He has been one of the positive sensations this Saturday after ride on top during practice sessions and qualifying 2.

The bigger of Espargaró’s was fourth during the third practice, and sixth in the final practice despite of some issues:

“This morning we had again a problem with the engine, in the afternoon we have used another that is new, and the feeling with the bike is better, the bike speeds up a bit more. But I do not think it is thanks to the engine, after the test of Jerez, we made a very big geometry change and we have gained stability in the front train and we already saw that in Mugello where we were more competitive” commented the rider with the number 41.

With a sixth position as the best result this season, Aleix sees that he has chances to improve this result and looks to be in better situation than other rivals like the Ducatis who suffer with grip even in the main straight, a factor that can be key especially in the second part of the race:

“Tomorrow is a very head race. With the medium tyres if I do a good start I can be in front, because with the front compound we have seen many falls. The key will be to have patience, everything is going to be decide in the second half of the race, in the FP4 we have seen that many Ducati’s and other motorcycles skid even on main straight.”

The 27-year-old knows that this track is where he performs better than normal, this is the place where he achieved his last pole position (2015), also his first podium in a World Championship (Moto2) back in 2011, along with the Victory in the Open category in 2014. But the race will be based on a decision, and again is about tires choice:

“With the rear hard I’m competitive, with the mediums I am competitive as well, so the tire choice for tomorrow will be key.”