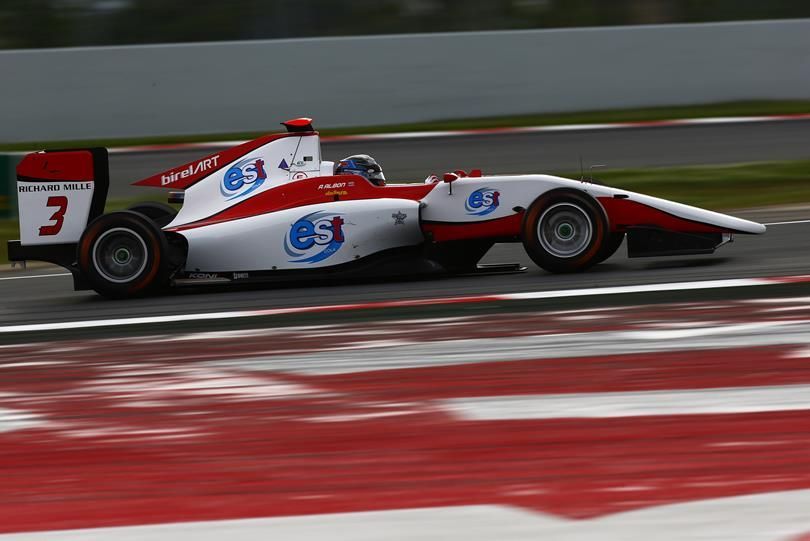 Alexander Albon won the second round of GP3 at the Barcelona-Catalunya Circuit after getting first place at the start with a wonderful overtake on Oscar Tunjo, who ended 2nd. Antonio Fuoco completed the podium on 3rd.

Albon stole the lead of the race from Tunjo from 3rd position on the grid on the outside of the first corner. The points awarding positions were occupied by Fuoco, Dennis, De Vries, Isaakyan, Joerg and Hughes. The winner yesterday, Charles Leclerc, was 10th after a bad start, but he was able to overtake Boschung soon. Fukuzumi‘s start wasn’t brilliant either, going down from 6th to 14th.

Gonda made a mistake on the last turn which left him with very low speed for the main straight, which allowed Palou, Stuvik and Alesi to overtake him, which left him on P18. Matt Parry got a 10 second penalty due to making 3 change of direction moves while defending position from Ferrucci, which forced the American to leave the track and drive dangerously close to the pit wall.

As it happened yesterday, the race lacked track action and nothing happened. That was a win for Albon followed by Tunjo and Fuoco. Leclerc is still the championship leader ahead of Albon, Hughes and Fuoco. 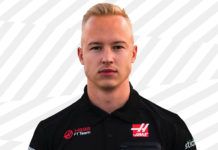