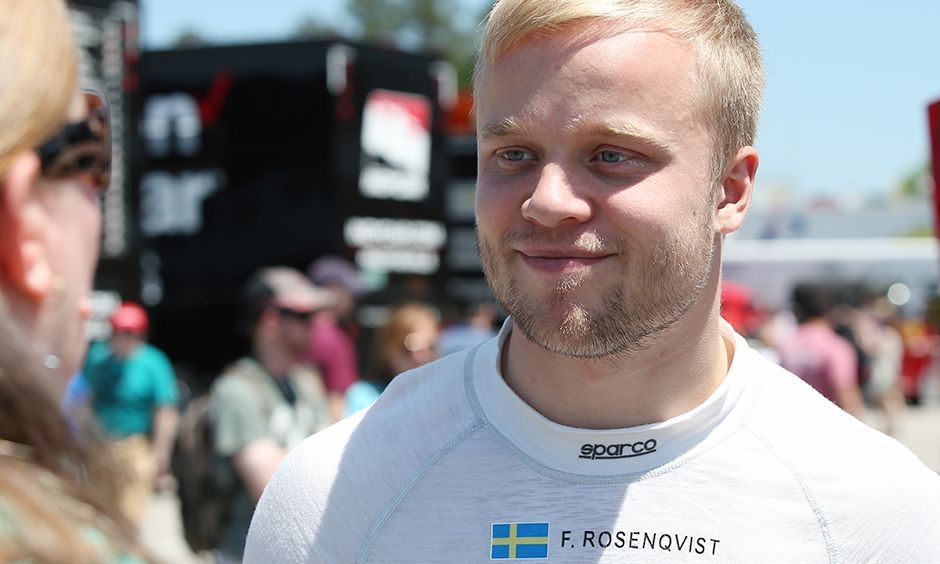 The Swede, Felix Rosenqvist will be racing in 2019 Verizon IndyCar Series for Chip Ganassi Racing in the number 10 NTT Data Honda car. He will race alongside reigning champion, Scott Dixon.

NTT Data has renewed his contract with Chip Ganassi Racing in a multi-year deal, this has helped to maintain the primary partner in the team’s car number 10 which will be driven by Felix Rosenqvist next season.

Felix Rosenqvist well known for his participation in the last two seasons in ABB FIA Formula E with Mahindra Racing where he secured the rookie title in 2016 is now back to the states.

Swede driver was very well known by IndyCar community due to his participation during 2016 in Indy Lights where he managed to win 3 races out of 10. At that time, many of the IndyCar teams got interested for the 2015 FIA Formula 3 Euopean Champion, he already tested for Chip Ganassi Racing team and Rosenqvist just impressed everyone.

Rosenqvist will replace Ed Jones in the team whose season hasn’t gone well.

“Felix has become familiar with our team and has worked in our system a little bit after coming over to test with us on a few occasions. Our management and engineering groups, along with the entire team, were impressed by his ability. The time was right to get him in the No. 10 car and I think I speak for a lot of people when I say that we are confident about what he can do behind the wheel next season. In addition, we are extremely proud to announce that NTT DATA has renewed with us as part of a multi-year deal. They have been a fantastic partner of the team and big advocates for the sport for a number of years and we are pleased to see it move into the future.”

“To say I’m thrilled or excited to be making this step in my career would be an understatement. Coming to INDYCAR and driving for Chip is just a dream come true. I’ve followed the team for as long as I can remember, and it’s the kind of team and owner any driver would want to race for. Scott has had another tremendous season with three wins and a fifth title, so you absolutely couldn’t ask for anything more in a teammate. I can’t wait to start contributing to the team and getting to spend more time with everyone at NTT DATA.”

“Together, NTT DATA and Chip Ganassi Racing have proven to be a championship team, and we are proud to continue our longstanding partnership. INDYCAR is the pinnacle of racing, and with Felix and Scott behind the wheel, the Ganassi team will continue to the set the standard for peak performance.”