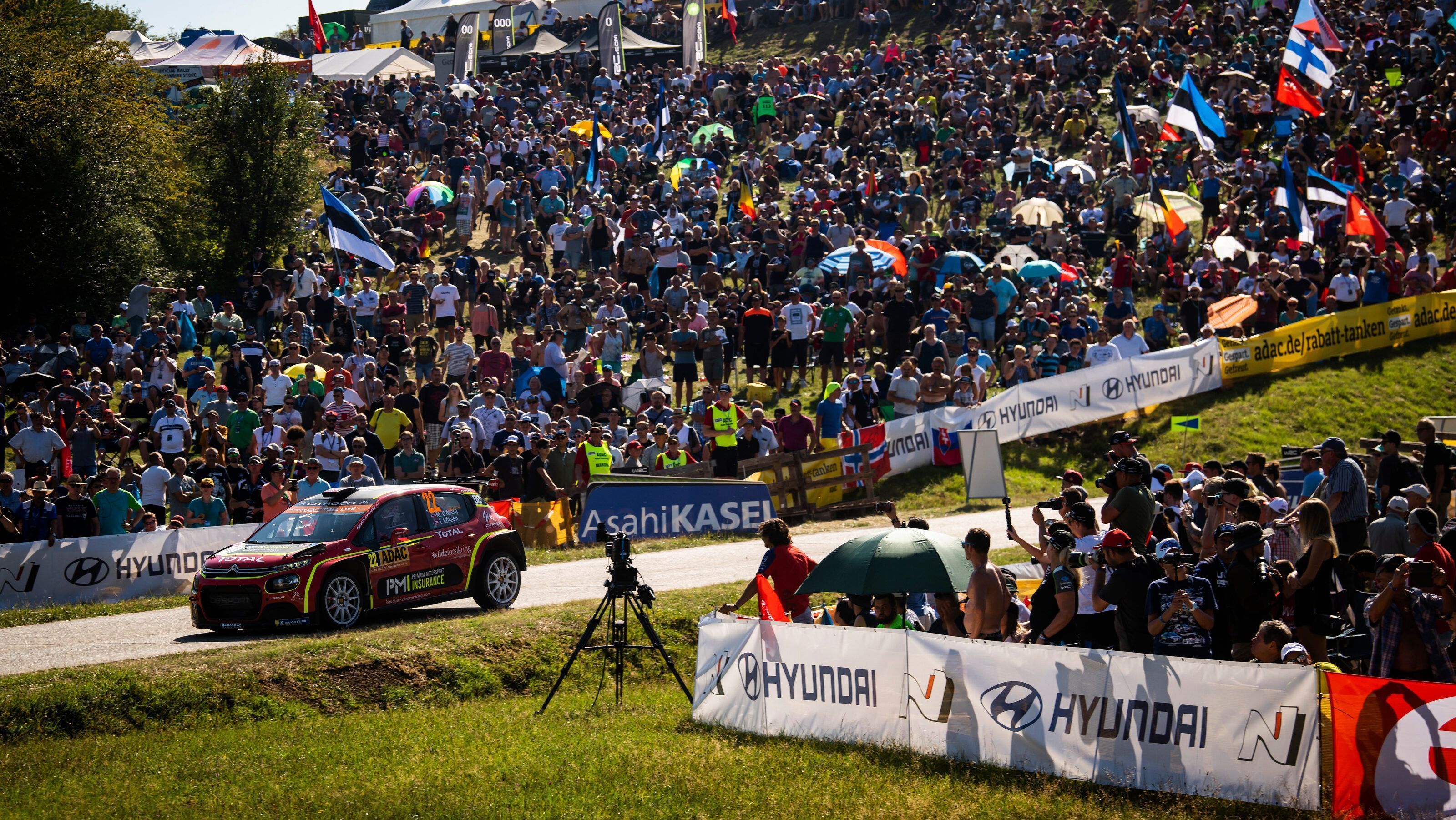 The FIA World Rally Championship (WRC) driver Mads Ostberg asks fans to be more careful after his near-miss with a Rally Germany spectator.

Ostberg nearly ran into a falling WRC spectator in SS5 of Rally Germany, when the Norwegian reacted quickly to avoid him in his Citroen C3 R5. Ostberg veered to his left and saved the fan by only half a meter.

The fall and Ostberg’s subsequent save was caught on camera with the WRC2 driver asking fans to stay safe and keep a check on themselves when close to the rally action. Speaking aftermath, he said:

Later on, he also shared the video of the moment it happened:

The incident comes at a time when the FIA and WRC are pushing the safety standards for spectator viewing, following some dangerous situations in the last few years. The organisers stated that the fan was not injured.

Ostberg is racing in the WRC2 category to develop Citroen’s R5 machine with Torstein Eriksen as his co-driver. He has raced in five rallies so far with Germany being his sixth. He has won two of them.