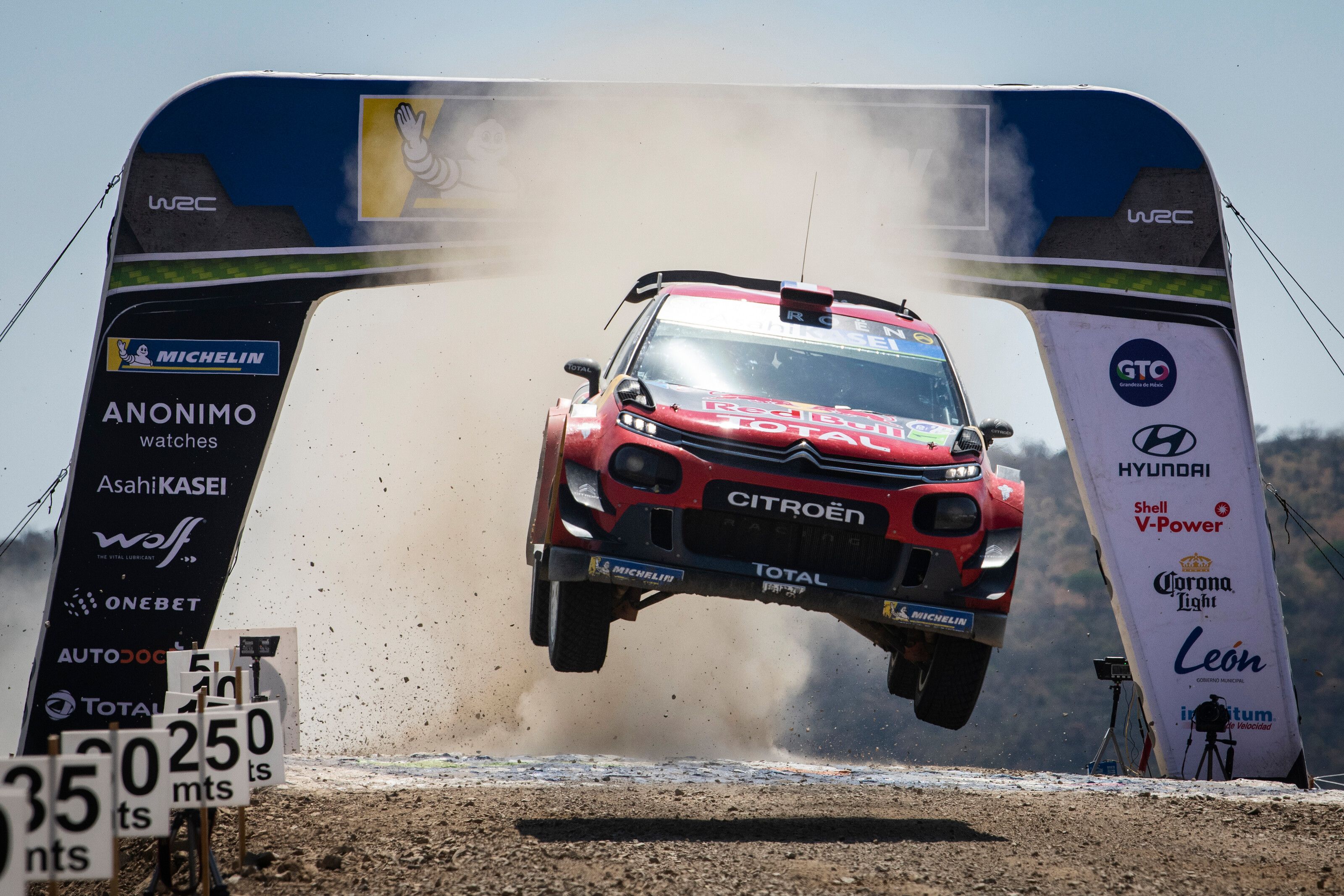 Citroen’s Sebastien Ogier with co-driver Julien Ingrassia won the 2019 FIA World Rally Championship’s Rally Mexico in a fine a show by the Frenchman.

It was a rally of survival from the start itself on Friday in Mexico with Citroen’s Ogier heading M-Sport Ford Fiesta’s Elfyn Evans (co-driver Scott Martin) at the end of the nine stages with wins in SS3, SS5, SS6 and SS8 for the Frenchman.

Citroen’s Esapekka Lappi (co-driver Janne Ferm) led the way after SS1 which was canceled due to a dangerous makeshift jump in the stage. Lappi’s spin meant he dropped out as Hyundai’s Andreas Mikkelsen (co-driver Anders Jaeger-Amland) took charge.

The Norwegian won SS2 and SS4 to head the way but a broken suspension forced him to retire from the day’s proceedings to hand the rally lead to Ogier. With Mikkelsen gone, teammate Dani Sordo (co-driver Carlos del Barrio) started to chase Ogier.

However, a suspected electrical issue forced him to stop as well with Evans gaining places to be second. The British racer had fellow countryman Kris Meeke (co-driver Sebastian Marshall) in the Toyota Yaris on his tail all-through, who finished third in the day.

Two front-runners Toyota’s Ott Tanak (co-driver Martin Jarveoja) and Hyundai’s Thierry Neuville (co-driver Nicolas Gilsoul) had a difficult run to be fourth and sixth respectively with the former winning SS7 and SS9 in the day.

The second day was as difficult as the first but Ogier continued his charge despite some troubles on the road for the Frenchman. A puncture in the day’s first stage when Lappi slid into a ditch to cause a block, Meeke took control with a win in SS10.

But Ogier was back in front in SS11 and led the way until SS18 with a win in SS13 which included a late scare. Evans steadied himself in second with a consistent performance as Tanak chased him all-through with wins in SS14 and SS15.

A win in SS17 helped Neuville to be fourth but the Belgian had a tough time on the gravel terrain. After leading the way early in the day, Meeke made a mistake to drop to fifth with Latvala in eighth, Sordo 10th, Mikkelsen 11th and Lappi 14th.

Latavala won SS11 and SS12 with Mikkelsen winning SS16 and Sordo in SS18. Ogier only had to see-through the final day of Rally Mexico without any major troubles to score his second win of 2019 WRC season which he did, along with Power Stage victory..

A better run from Tanak with wins in SS19 and SS20 helped the Estonian to finish second and score some valuable points towards the championship fight as he keeps his points lead after three rounds with Evans rounding out the Top 3.

Hyundai’s Neuville was fourth with Meeke in fifth. With not many drivers in the entry list for the Mexican round, it helped Latvala and Sordo to still score points in eighth and ninth respectively with Mikkelsen and Lappi ending up 11th and 14th.