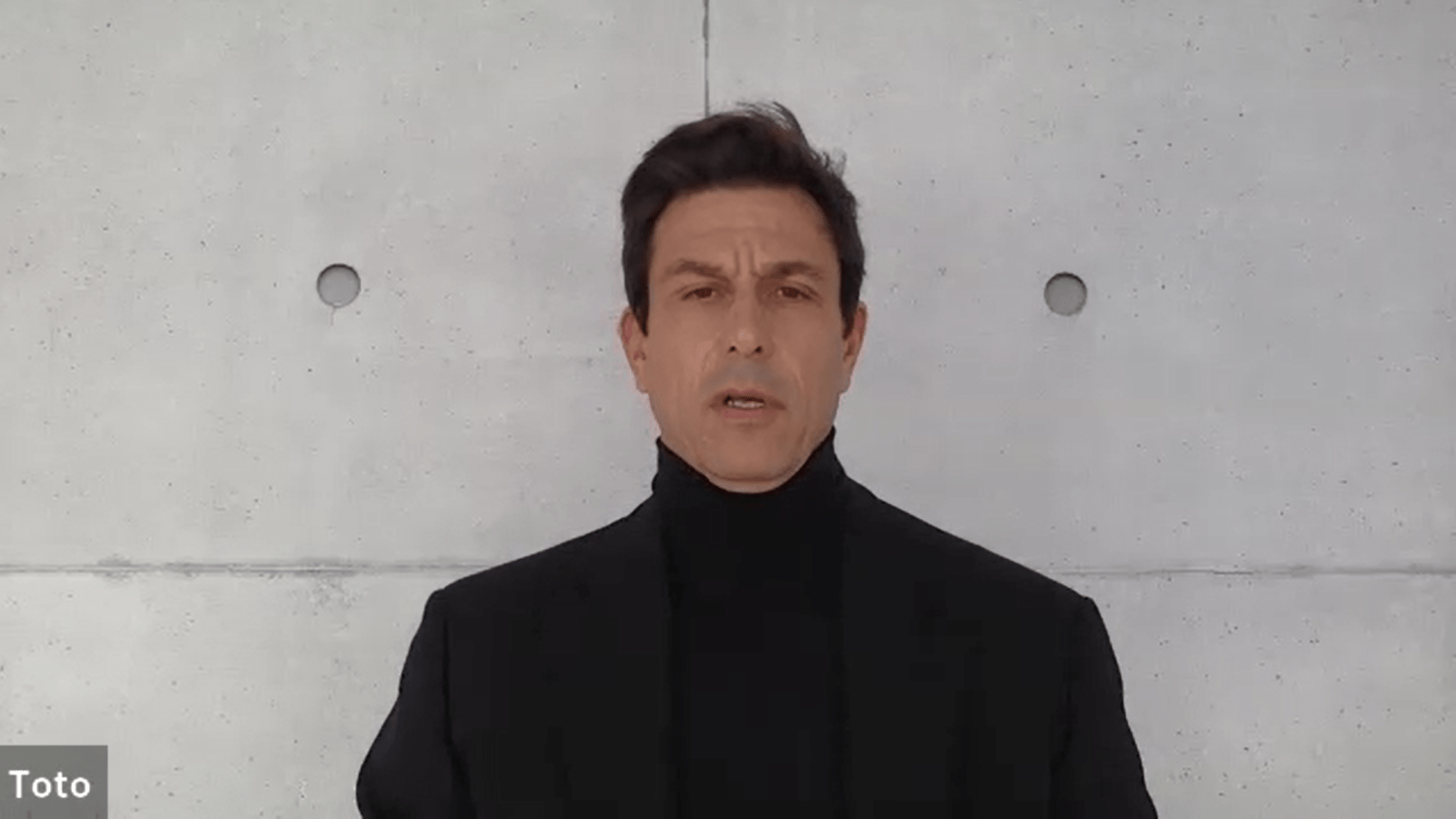 Toto Wolff shared his first thoughts on the happenings in F1 Abu Dhabi GP and dropping the appeal after the FIA WMSC decision to set-up a Commission.

After a complete radio silence from Mercedes on its social channels apart from few odd private messages, the F1 outfit finally broke its silence on Thursday morning when they confirmed their decision to not pursue their appeal on the stewards decision.

That settled the 2021 F1 season with Max Verstappen winning the drivers’ world championship and Mercedes securing the constructors’ title. In a lengthy chat with English and German media which spanned for nearly an hour, Wolff answered them all.

He also confirmed that James Allison would be representing them at the FIA Prize Giving Gala along with Valtteri Bottas, with both Wolff and Lewis Hamilton giving it a miss. The Brit did attend his knighting ceremony on Wednesday and returned home.

Wolff admitted to be in still disbelief over what transpired in Abu Dhabi, especially in the dying moments of the race. He was firm on not wanting to speak with Michael Masi, even though he understood the battles a FIA Race Director has to go through in a race.

Talking about the appeal, Wolff stated that in a normal court, he was certain of victory but the way these courts work, it wouldn’t have given them the outcome they were looking at. He acknowledged the frustrations of everyone but the Commission talk did help their case.

Winning the appeal in court –

Wolff: “Indeed. We believe we had a very strong case and if you look at it from a legal side if it would have been judged in a regular court it is almost guaranteed we would have won. But the problem with the ICA is the way it is structured. The FIA can’t really mark their own homework. And there is a difference between being right and obtaining justice. So there is a lesson to be learned. How can we make sure that going forward, in situations like that, the right decisions are being taken, verdict from stewards respond to the regulations, and judgment in the courts whether it is the ICA or CAS, which is not currently part of the legislations, can be judged in a way that is fair and neutral to every participant.”

Wolff: “Every step of the way it was joint decisions. We decided together with Lewis to protest to launch the appeal, and to withdraw the appeal. As you can imagine, not only for him but also for us as a team, it was terrible, to be confronted with a decision that decided the outcome of the world championship. But nobody of us, neither him nor us, want to win a championship in the courtroom. But on the other side we were deeply wronged on Sunday, and it wasn’t just a case of a bad call, it was freestyle reading of the rules and it left Lewis like a sitting duck.

“So, as hard as it was to withdraw the appeal, or let me word it differently, it was tremendously hard for him and us as a team to withdraw the appeal because we were wronged.  And we deeply believe that in Formula 1, the pinnacle of motor racing, one of the most important sports in the world justice is being done. My soul and my heart cries with every bone that this should have been judged in the right way, and the legal situation would have given us right, but as I said before, the difference between being right and gaining justice, there is a difference between being right and obtaining justice.”

Wolff: “I can understand the frustrations of many and to be honest, I am also in two minds between my perspective and my judgement on the legal position, and my realism of the outcome of such proceedings. As I said before, there’s a difference between being right and obtaining justice. And I don’t think that at the moment we are set up, in terms of our governance, to end up in a situation that would have given us remedy, that would have reinstalled a result that was taken away from Lewis before the last lap of the race. And that’s why, heavy-hearted, we have decided not to appeal because we wouldn’t have got the result. Now I think we have the right tools in hand to make sure that the decision-making going forward is better and we will be holding the FIA and the decision-makers accountable for making the sport and the decision-making more robust and consistent.”

Wolff: “I think there was a clear regulation and it says if there is the risk of safety of the drivers and the car cannot be removed quickly then the race should be red-flagged. If you decide to deploy the Safety Car there’s clear regulations in place. The regulations are that all cars need to un-lap themselves before the race can be restarted. And only in the following lap, once all cars have un-lapped themselves, the Safety Car may come in. None of that happened. None of that happened. Randomly, cars were allowed to overtake and to un-lap themselves. Why was Carlos Sainz not given the opportunity to win the race? Why were the cars left in between there. Why was the Safety Car pulled in against what the regulations say? So the ad-hoc decision-making just caused this mayhem.

“So, yeah, there was a variety of possible actions that would have followed the rules. To be honest, still today I can’t even understand what was happening. I mean, disbelief, for me it still feels surreal. And when I rethink the situation, that at 18:27 the right decision was being taken, that no cars will un-lap themselves, and four minutes later, out of nowhere, suddenly five cars were allowed to un-lap themselves between Lewis and Max. And 10 seconds later the decision was taken that the Safety Car would come in this lap with a handful of laps only left. To be honest, for me that still seems like a nightmare. That’s why I was in total disbelief on Sunday and am still until today.”

Wolff: “It is a wider problem [and not one-off]. If you look at most of the controversies that have happened this year it was about sporting decisions on the track, the inconsistency of the execution of the regulations on track. It’s one thing to drive hard and to have difference of opinion among the drivers and the teams. It is in the nature of the game. But inconsistent decision-making leads to controversies, leads to polarisation and that was the ground for many of the totally unnecessary controversies on the track. How can it be that 14 months ago at the Eifel Grand Prix the explanation that was given was exactly the contrary to what has happened on Sunday? The explanation that was given that the reason why the Safety Car was out there so long is that all cars need to un-lap themselves with the explanation that this is following the sporting regulations. Not only the decision has been taken in a totally opposite way but an explanation is being made 180-degree different to what happened 14 months ago.”

Conversation with Michael Masi and his role plus Max’s win –

Wolff: “I am not interested in having a conversation with Michael Masi. The decisions that have been taken in the last four minutes of this race have robbed Lewis Hamilton from a deserved world championship. His driving, particularly in the last four races, was faultless. He had a commanding lead on Sunday in Abu Dhabi from the get-go. He won the start and he never gave the lead away again. Robbing him in the last lap of the race is unacceptable. That is why, from a personal standpoint, from a professional standpoint I cannot… my values and my sense of integrity just isn’t compatible with the decisions that have been made on Sunday. And it is up to the FIA to decide going forward how these decisions, how these situations, can be avoided.

“I would have been totally OK with Max and Red Bull winning the championship on Sunday, and this situation is nothing to do with Max. He is a worthy champion. His driving is exceptional and Red Bull are fierce competitors. I have the greatest respect for the people working there, so this has nothing to do with them. I would love to sit here and avoid all these discussions and the damage that has been done to the sport, by just integrity and sporting and fair decision making on Sunday. So the FIA needs to decide how they are going forward. We had a good dialogue with the FIA over the last few days and the commission that has been set in place. I have trust and faith that we will formulate, together with all of our competitors and the drivers of the other teams, the right decisions and actions to avoid such a scenario in the future.”

Wolff: “Both of us won’t be there. I won’t be there because of my loyalty to Lewis and because of my own personal integrity. But we will be represented as a team by James Alison, who will be taking the trophy on behalf of all the people in Brackley and Brixworth who should celebrate our eighth consecutive world championship title, who deserve to be celebrated, because it’s a fantastic achievement that we are very proud of. And in a way, I am trying to compartmentalised the anger on the outcome on the Formula 1 Driver World Championship and the other side the pride and the joy on having achieved something unprecedented. That needs to be celebrated.

Wolff: “I am so proud of the support that our sponsors and partners have given us over the last few days. They have been with us all way long, the messages I have received personally from sponsors, from fans, from very credible people, made me very happy. And the sponsors have trusted us with a decision on the appeal and would have gone all the way.”

Here’s the full statement from Mercedes

Here’s what others and Lewis Hamilton thought of the situation