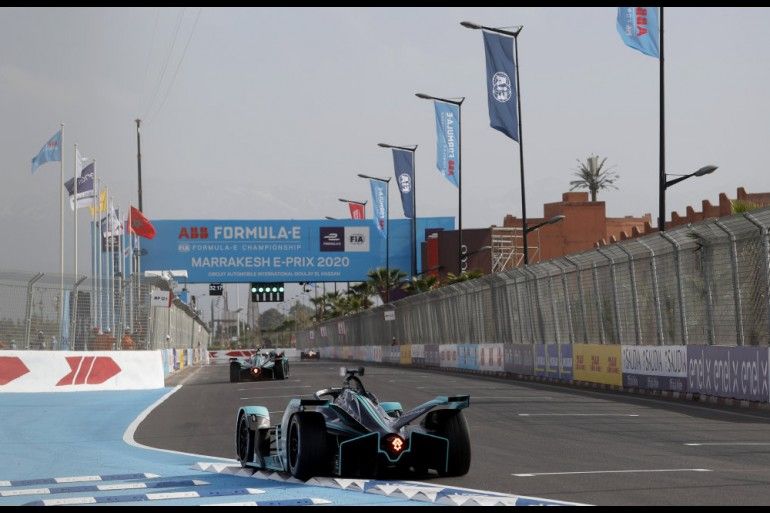 The FIA Formula E Championship has released details of the recipients of tenders which includes Spark Racing Technology, Williams Advanced Engineering and Hankook.

Among the three tenders, the newest entrant in Formula E, will be Hankook Tire & Technology as it will replace Michelin as the sole supplier of the all-weather tyres from 2022/23 onward with the Gen3 car. It is a four year cycle to begin with.

Michelin has been part of Formula E since the inception of the all-electric championship but 2021/22 will be its last year as a supplier. Additionally, Williams Advanced Engineering returns as the battery supplier replacing McLaren Applied.

Williams had started out as the battery supplier in Formula E but McLaren took over then. However, the British company will return to the fold with the Gen3 car. While the two sides will see a change, Spark Racing Technology continues with the series for another term.

They will continue producing the common chassis including the front powertrain kit as they have been since the inception of the Formula E series. The recent decisions has been taken in view of the cost cutting measures to make it affordable for all.

Apart from the tenders, Formula E will also see tyre allocation reduced by 25 percent per single-race competition and up to 50 percent at a double-header to reduce carbon footprint. The garage work will be cut from 20 to 17 members as well.

Formula E will allow work on remote garage where six personnel will be authorised to work from Season 7 onward. They have also ratified the concerns on the limit on the sets of brake discs and pads to be used over the season to make it more effective.

A Logistics Working Group has also been set up to look at as to how the logistics costs can be managed, financially and environmentally. This discussion led to talks about renewed distribution of the prize money so that there is no huge gaps between money earned.

An initial draft of new financial regulations has been handed over to the manufacturers’ with decision to be taken in due course of time. On the technical front, Formula E will further increase on power side which will go up to 350KW in qualifying.

The races will be at 300 KW but both of these is penned for Season 9. The maximum regenerative braking power between front and rear will be increased to 600KW. The aim to be have more exciting and unpredictable racing.

The full release can be found here: https://www.fia.com/news/fia-and-formula-e-build-ever-more-relevant-future