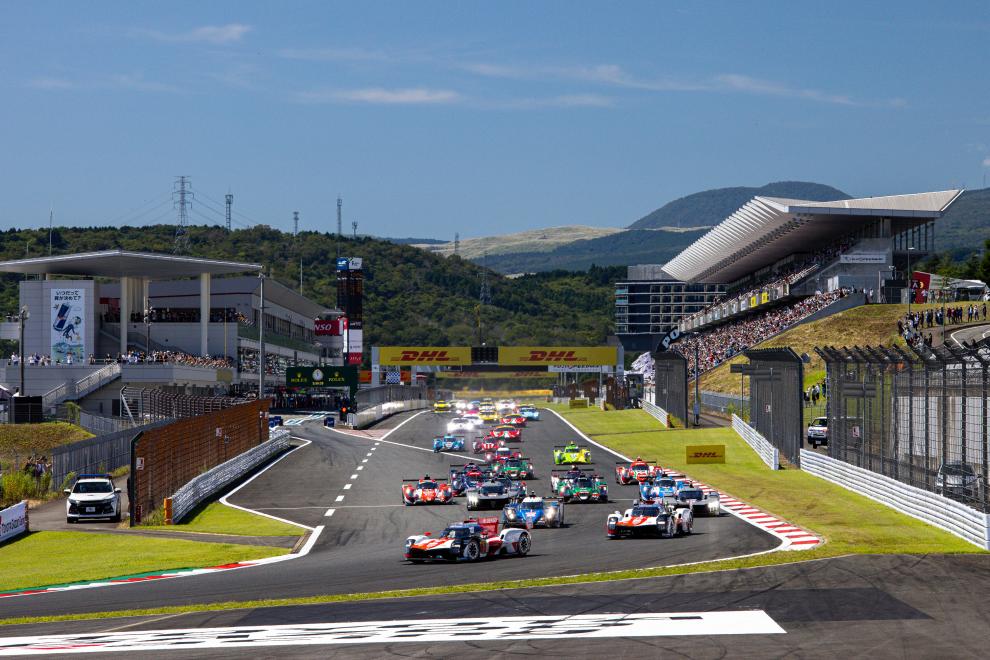 WEC has released a 7-race provisional calendar for the 2023 season which was approved by the FIA WMSC through an e-vote.

The FIA World Motor Sport Council has approved the seven-round 2023 FIA World Endurance Championship calendar, with the 6 Hours of Portimão a new addition to the schedule. The eleventh season of FIA WEC will kick off with the Official Prologue at Sebring International Raceway on 11-12 March, followed by the first race of the season, the 1000 Miles of Sebring on 17 March.

The first-ever 6 Hours of Portimao at Algarve International Circuit will take place on 16 April. This will be the second time that FIA WEC has run at this track which previously held an 8-hour race at the Portuguese venue back in 2021. Two weeks after Portimao, teams will reconvene for the TotalEnergies 6 Hours of Spa-Francorchamps. This will be the eleventh event at this venue which has featured in every season of FIA WEC and is seen as the best judge of form before the 24 Hours of Le Mans.

The month of May enables teams to prepare for the “big one”, as teams will head into a busy June with the centenary of the 24 Hours of Le Mans, taking place in its traditional slot in the 24th week of the year, from 10-11 June. At Le Mans, the world’s most prestigious manufacturers, including the likes of Ferrari, Porsche, Peugeot, Toyota, Cadillac and Glickenhaus, will compete for the Centennial Trophy created in association with the Monnaie de Paris and recently unveiled at the Pebble Beach Concours d’Elegance in California.

After Le Mans, FIA WEC is set to move to Autodromo Nazionale Monza for the 6 Hours of Monza taking place on 9 July. This will be the third edition of the event, which in its short FIA WEC history has provided much excitement. 10 September will see the 6 Hours of Fuji as the penultimate round of the championship.

The Japanese circuit, with its long straight and the ever-present threat of challenging weather conditions, will celebrate its tenth edition next year. The season will once more conclude with the 8 Hours of Bahrain on 4 November. The Kingdom of Bahrain has been a mainstay on the FIA WEC calendar since 2012 and next year’s event will be the eighth time the venue hosts the season finale.

“Looking forward, 2023 cannot come soon enough. The world’s most prestigious endurance race, the 24 Hours of Le Mans celebrates its centenary, on this occasion avoiding a clash with a Formula 1 Grand Prix. Also, the Hypercar will see the strongest entry to date, so there is plenty to look forward to.”

Richard Mille, FIA Endurance Commission President, said: “We have all been eagerly awaiting the 2023 season since the introduction of the Hypercar category to the FIA World Endurance Championship. The line-up of iconic sportscar brands is testament to the work done in the background over the last couple of years and to the fact that the regulations are relevant to the manufacturers as well as proof of the growing appeal of endurance racing worldwide.

“The seven-round schedule is a natural evolution of the calendar we know well from the previous years that will provide the automakers involved with a stage to showcase their dream cars at a variety of world-class circuits and key global markets. The centenary of the 24 Hours of Le Mans will be the focal point of the season and I’m immensely pleased that this has been taken into consideration when the Formula 1 calendar was approved by the World Motor Sport Council. This underlines the cooperation of the FIA as the governing body of world motor sport with the stakeholders of the world’s premier championships.”

Pierre Fillon, President of the Automobile Club de l’Ouest, said: “Endurance fans and competitors have an outstanding season to look forward to. With seven races lined up, the FIA WEC has an extra round compared to recent seasons – a packed schedule – although caution is appropriate in these volatile times. We begin with three of the world’s most revered circuits, including the challenging Portimao, always a favourite with drivers.

“The centenary of the 24 Hours of Le Mans on 10-11 June will be the midsummer treat. What more could a world-class car marker wish for than to raise the trophy marking 100 years of automotive racing history? Then we head to Monza, the temple of speed, and to Bahrain to crown the season champions. As we enter its eleventh season, the FIA WEC is as closely contended as ever.”

“Portimão showcased its potential when we raced there in 2021, so it is fantastic to return there next year. We worked closely with all our stakeholders to produce a schedule which works well for the needs of our entrants and fans. 2023 should provide a fantastic season of racing and we can’t wait for it to get underway.” 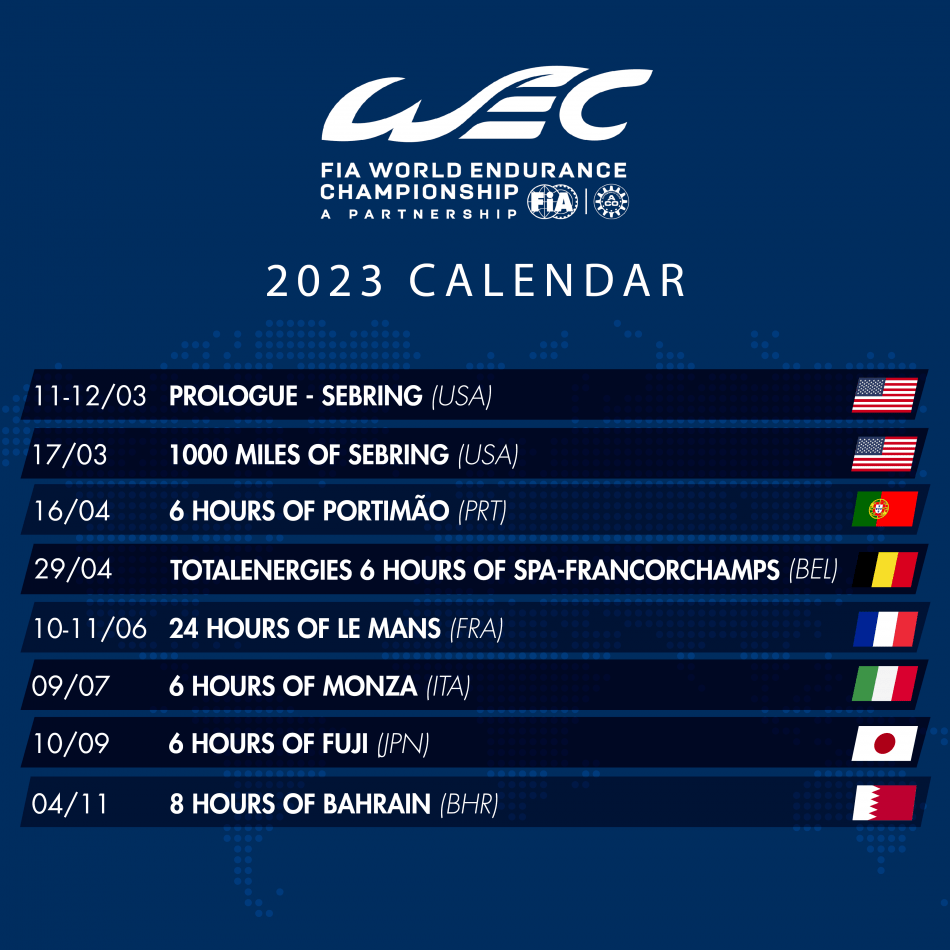