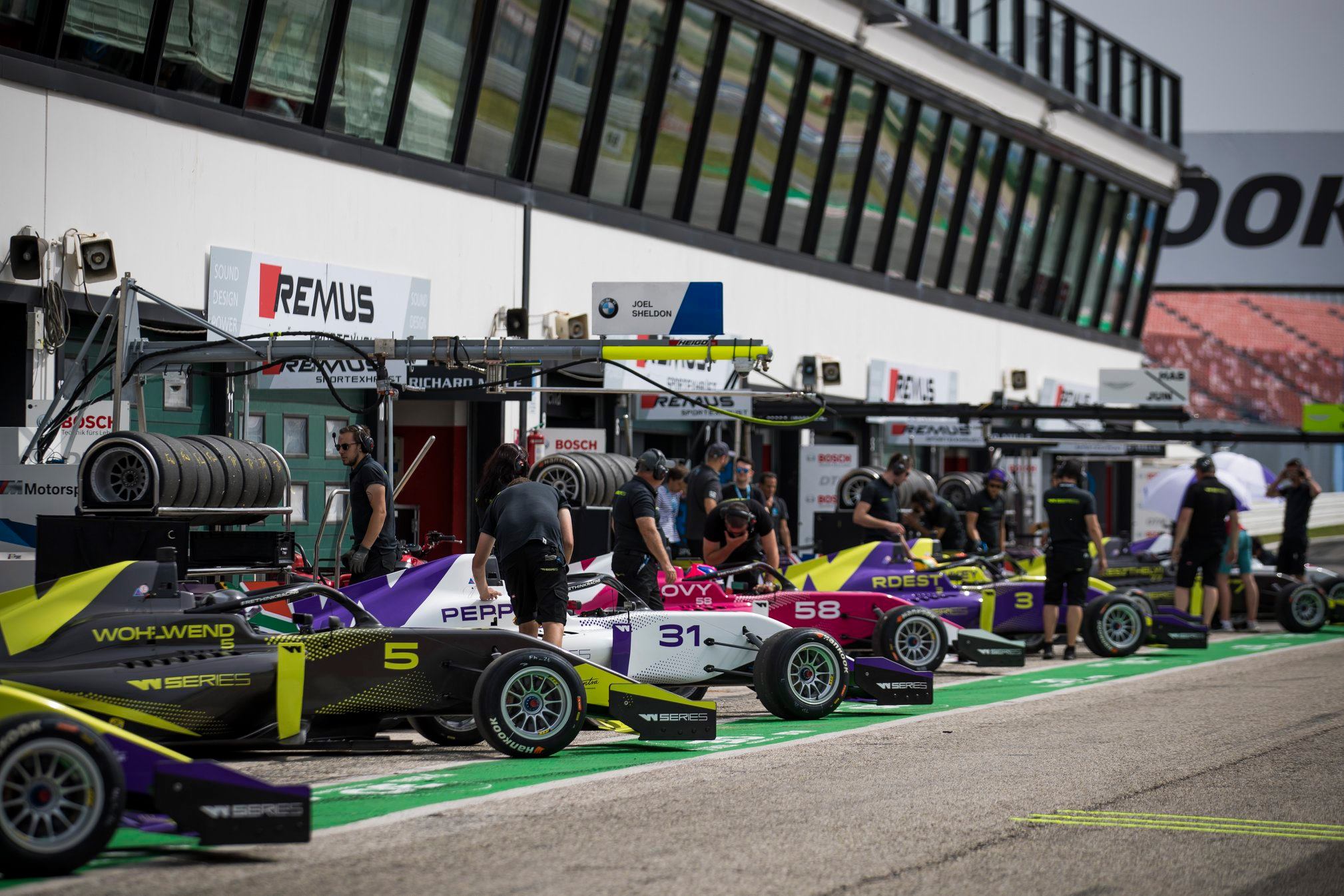 All-female W Series has revealed the breakdown of each racer which they will get after 2019 and shared initial details on the 2020 selection.

Outside the whole humdrum of divided attention, W Series has been a success in terms of getting a F3-level championship get a slot on the weekend of DTM and give a chance to many female racers, who may not have had a chance to compete in any series at all.

For some, it is a revival of their career, while for others it is an opportunity to continue with their path. The four weekends has seen a mixed run with Jamie Chadwick leading the way with two wins, followed by Beitske Visser and Marta Garcia with one each.

The British racer is 10 points ahead form Visser and 23 from Garcia with two rounds remaining. As the series edges towards completion of the 2019 season in August at Brands Hatch, the organisers have released details of the prize money each to receive.

As known, the pot of US$1.5 million will be divided among all the racers including the reserves. Here’s the breakdown of the prize money for each driver as per their finishing position in the drivers’ championship:

As per the current drivers’ standings, the earning looks like below – which is subjected to change, following the races at Assen and Brands Hatch:

In addition to the prize money breakdown, W Series also released details of the participation for the 2020 season where for the first time, the drivers will be awarded F1 superlicense points after getting their series approved by the FIA.

As for the selection, the Top 12 racers will get an automatic selection for the 2020 season, while the drivers below the 12th position are permitted to apply for the drivers’ selection programme. New drivers with FIA International C licence (or better) can also apply.

W Series’ Catherine Bond Muir said: “The inaugural season of W Series is proving to be a roaring success. The racing is close and competitive, and three drivers have won races so far [Jamie Chadwick, Beitske Visser and Marta Garcia].

“There will be prize money for all our drivers, all the way down to last place, but those four will be pulling out all the stops at Assen and Brands Hatch in their efforts to scoop the US$500,000 top prize.

“Building on the ongoing success of W Series this year, next year’s W Series will be open to the top 12 points-scoring drivers in the final 2019 W Series points table, and we’re already receiving plenty of expressions of interest from other drivers who haven’t taken part in W Series so far.

“The competition for the opportunity to race in 2020 W Series alongside the 2019 top 12 will be fierce but that’s what W Series is all about: a highly competitive race series in which the best female racing drivers in the world race one another in state-of-the-art Tatuus T-318 Formula 3 cars.

“That too on iconic racetracks, and thereby gain crucial on-track experience which will enable them to progress their careers on and up to more senior single-seater formulae, where they can race – and beat – their male rivals. And from 2020 onwards they’ll be earning Superlicence points as they do so.”