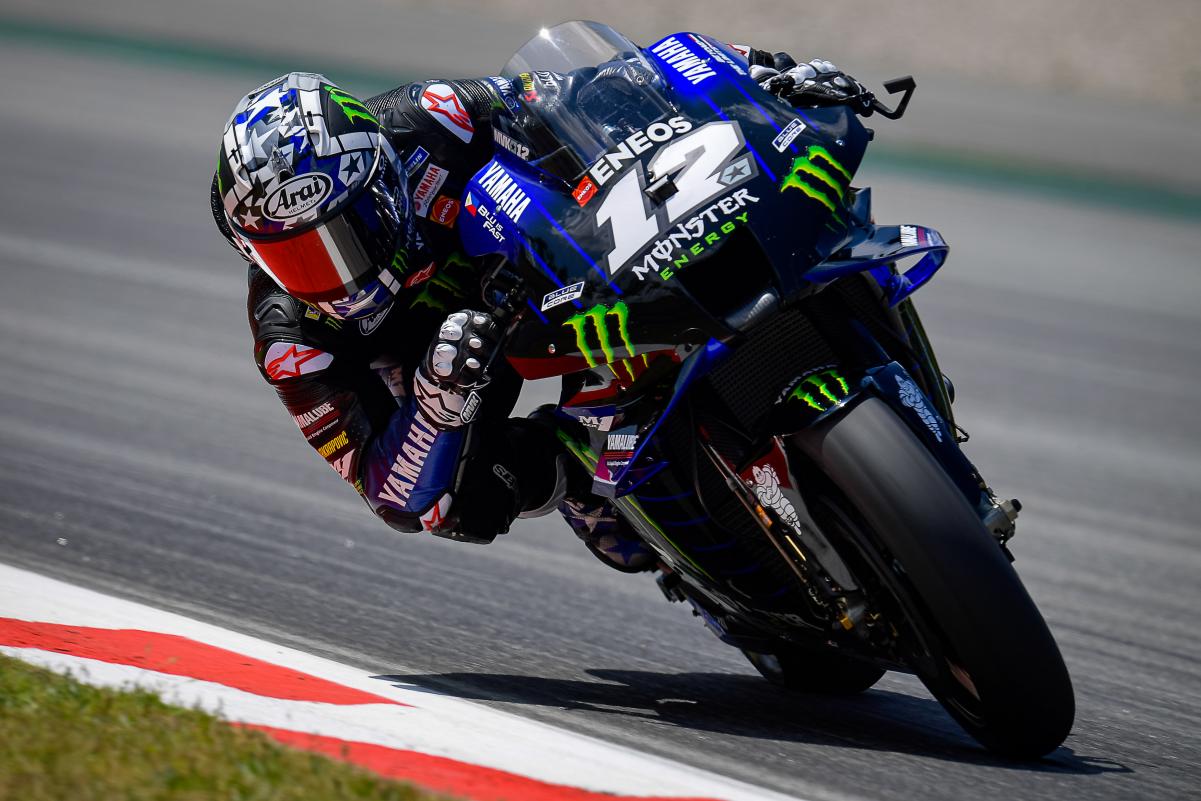 It was a Yamaha 1-2 in the one-day MotoGP test at Barcelona with Maverick Vinales heading Fabio Quartararo, while LCR Honda’s Takaaki Nakagami ended up third.

Post the thrilling Catalan GP on Sunday, the MotoGP circus stayed on at Barcelona for the one-day test on Monday, with Yamaha ending up 1-2, as Vinales led teammate Quartararo with a late 1m39.400s lap, as the Spaniard continued on his good test showing.

Behind Vinales and Quartararo was LCR’s Nakagami, slotting in third, with Suzuki’s Joan Mir in fourth ahead of Ducati’s Francesco Bagnaia. The Italian had a crash at Turn 5, with teammate Jack Miller also suffering the same fate at the same corner.

Espargaro had a crash at Turn 9, as Morbidelli spent his time working on set-up, as opposed to factory Yamaha rider Vinales, who ran the new chassis and swingarm. Mir, as well, spent his time on set-up work than testing new parts.

Honda’s Marc Marquez ended up 11th, but the Spaniard completed 87 laps, a much needed number after his crash in Catalan MotoGP race. KTM’s Brad Binder was 12th from Avintia Ducati’s Luca Marini, whose crash in the morning session caused a red flag.

Miller slotted in 14th from LCR Honda’s Alex Marquez, with Dani Pedrosa in action abode the KTM Test 1 bike in 16th, from the other Avintia of Enea Bastianini. The leading Tech 3 KTM of Danilo Petrucci was 18th with Aprilia’s Lorenzo Savadori in 19th.

With Alex Rins out of action, Suzuki called up on test rider Sylvain Guintoli, who ended up 20th from KTM Test 2 bike. The MotoGP field of 23 runners was completed by Tech 3’s Iker Lecuona and Aprilia’s Matteo Baiocco – the latter filling up for Aleix Espargaro, who complained of a swelling on his arm pump surgery area.

Here’s the full table from MotoGP: 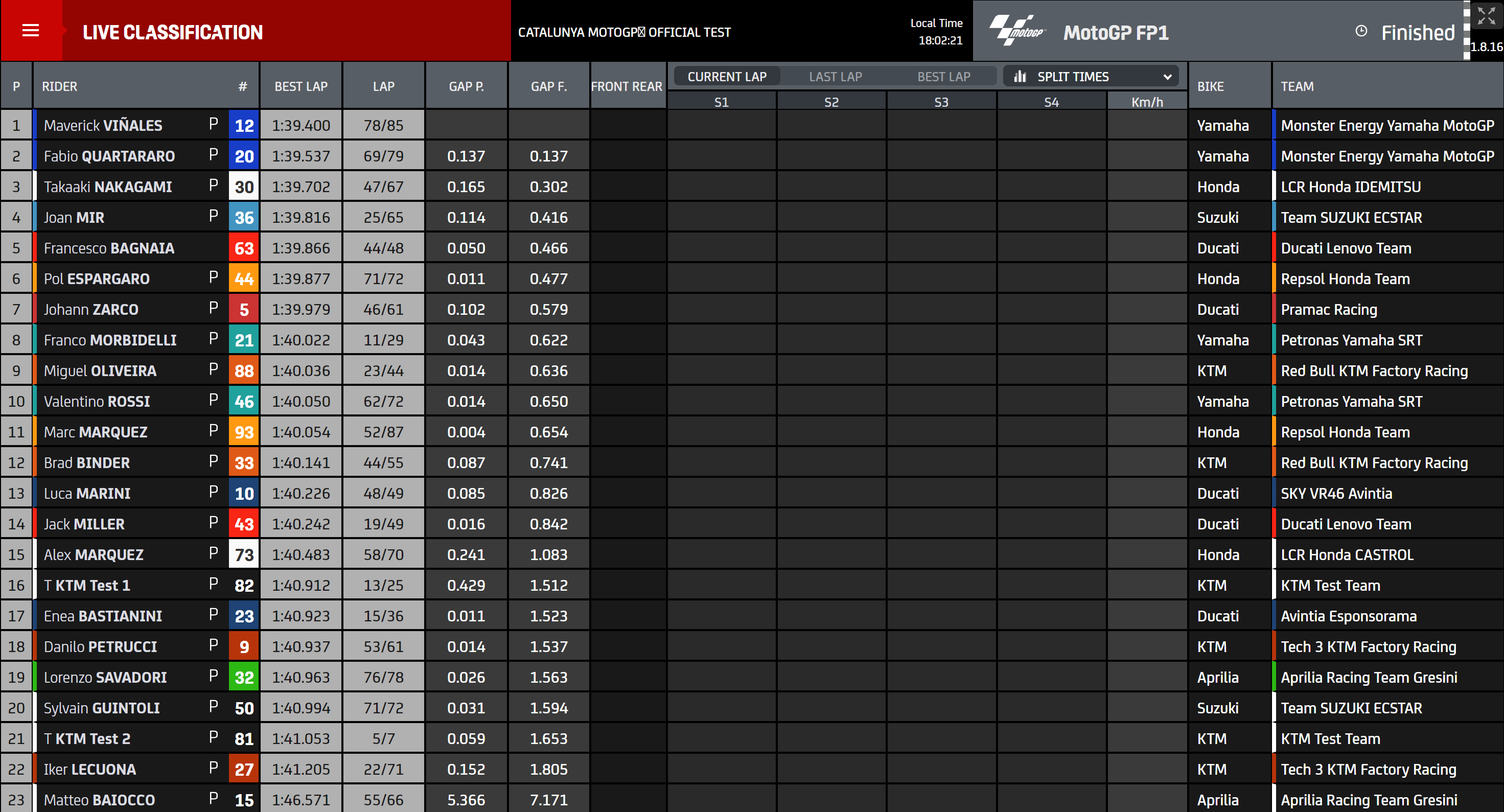