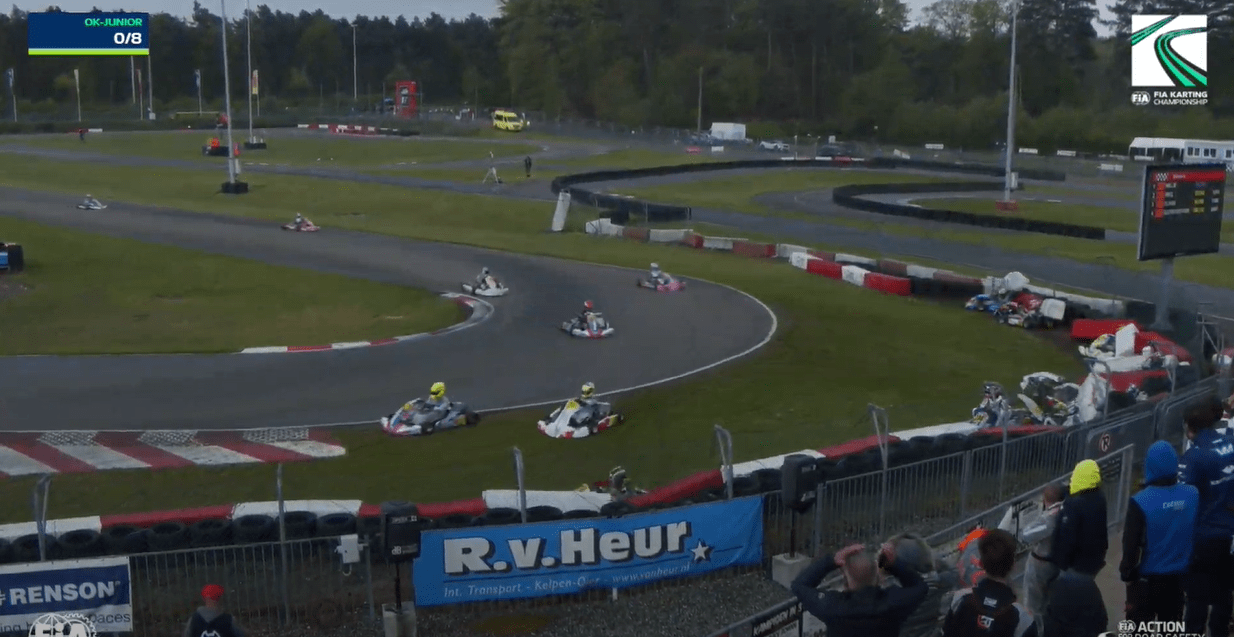 The Qualifying Heat on Saturday in FIA European Karting Championship saw a crazy moment of karters sliding off into the barriers.

The FIA European Karting Championship never disappoints in providing some crazy video content. After last year’s brawl in Italy, the 2021 season started at Genk in Belgium for the OK and Junior category drivers – in a rather mixed weather conditions.

The Saturday action had plenty of dramas, where one of the Qualifying Heats of the Junior category, had karters slipping off the tarmac onto the grass bed and into the barriers. There were dark clouds overheard but the race started under dry conditions.

All the drivers on slicks, but were mindful of certain parts of the track, which was damp. However, with not even a lap done, the rain returned, sending karters into frenzy. It was at Turn 1, where majority of the field slid into the barrier, like driving on ice.

The race was immediately red-flagged and re-started under wet conditions. The spectacular crash, though, didn’t result in any injuries to the drivers. The karts, however, suffered damage along with the barriers, which needed some repairs.

Here’s the video of the whole event – the crash can be found beyond the 45m mark: 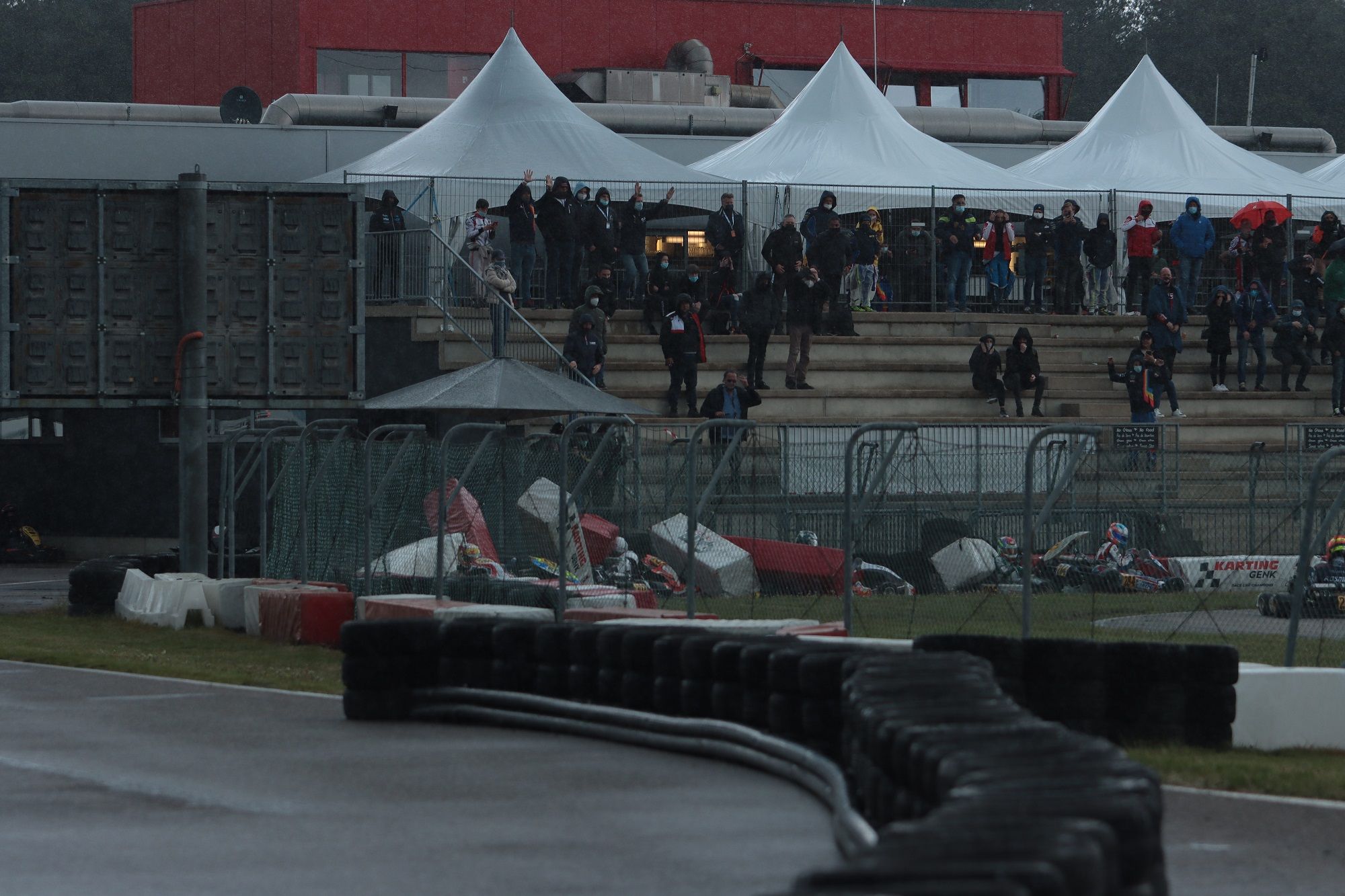 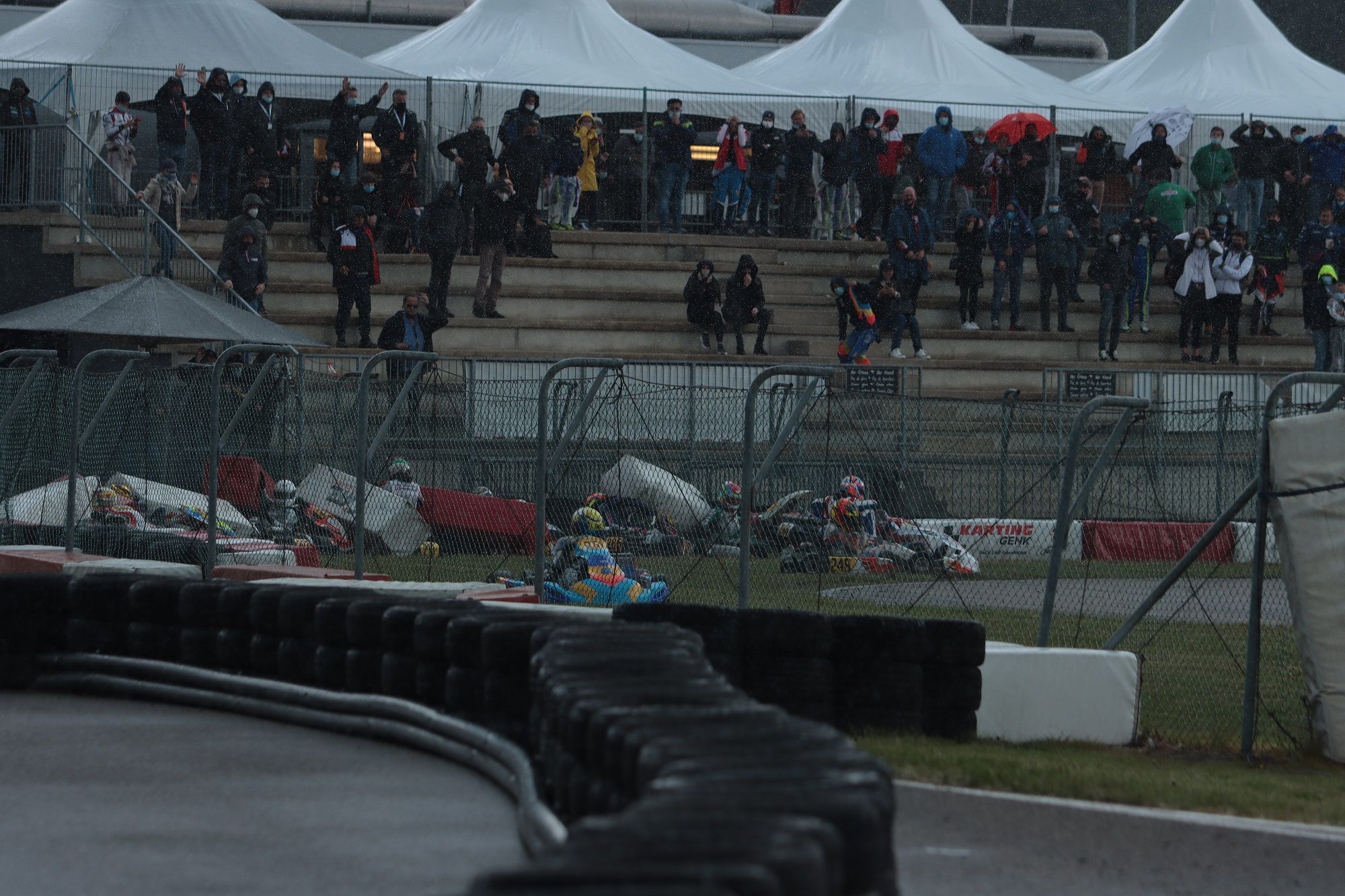 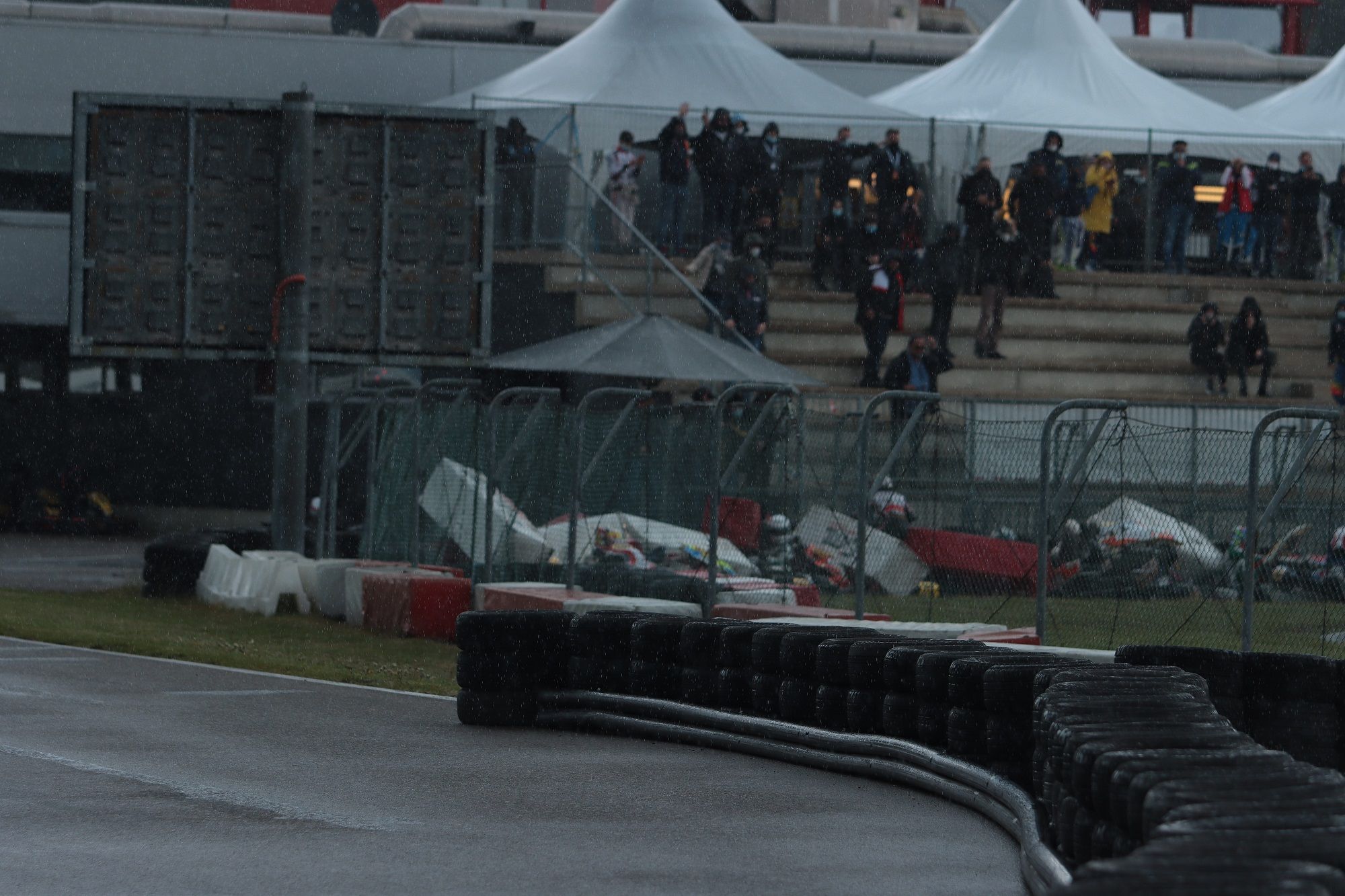 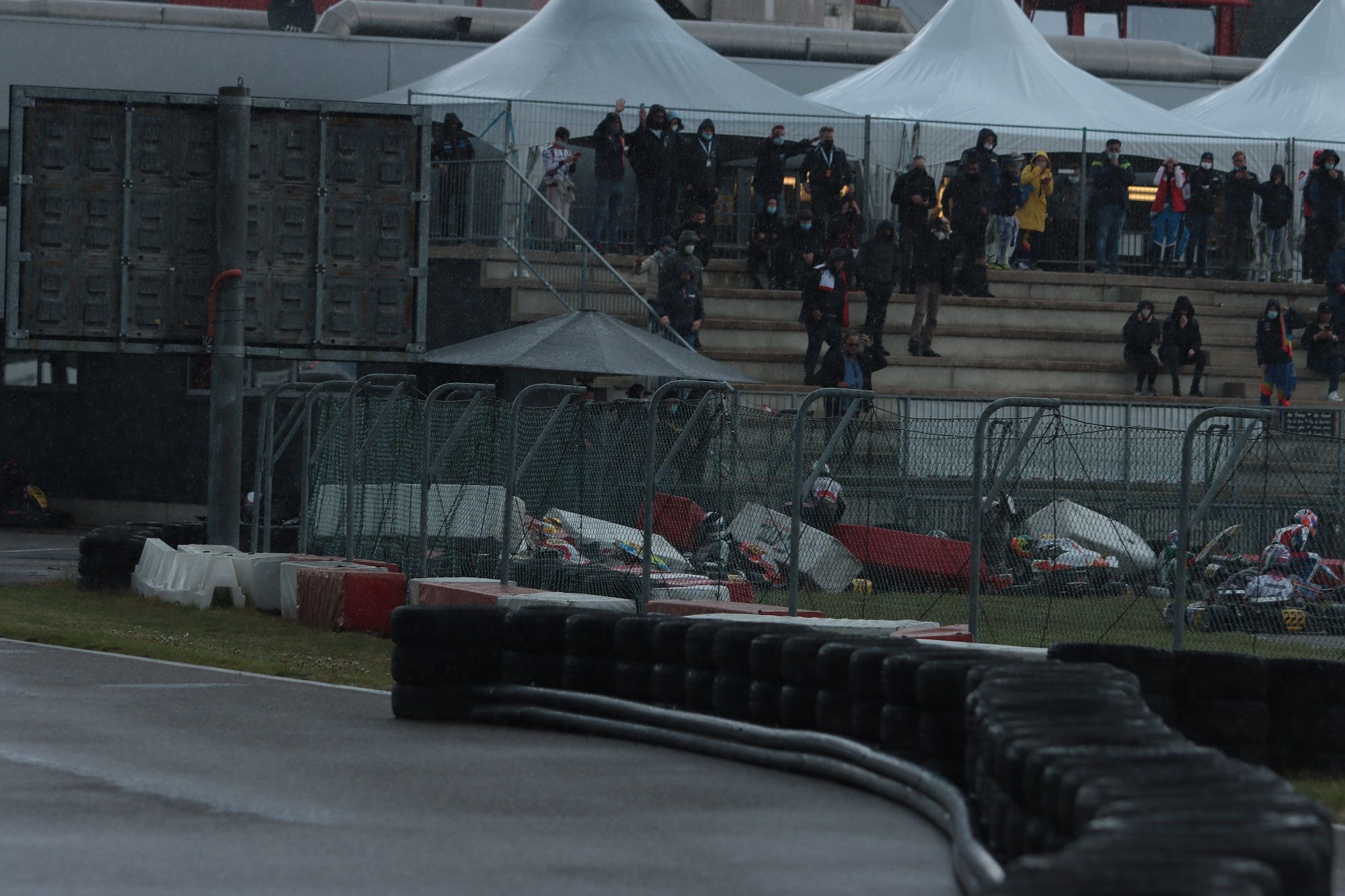 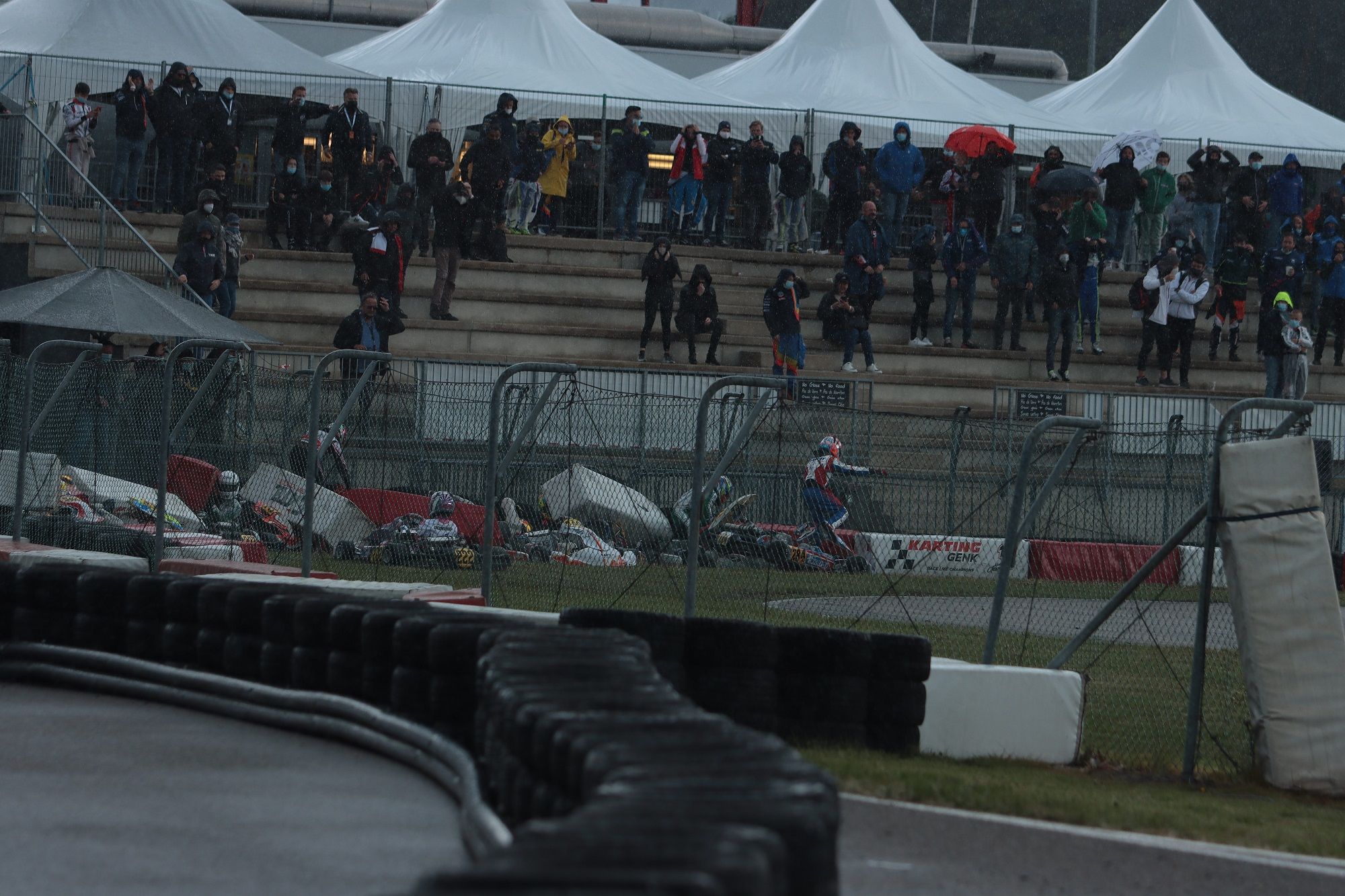 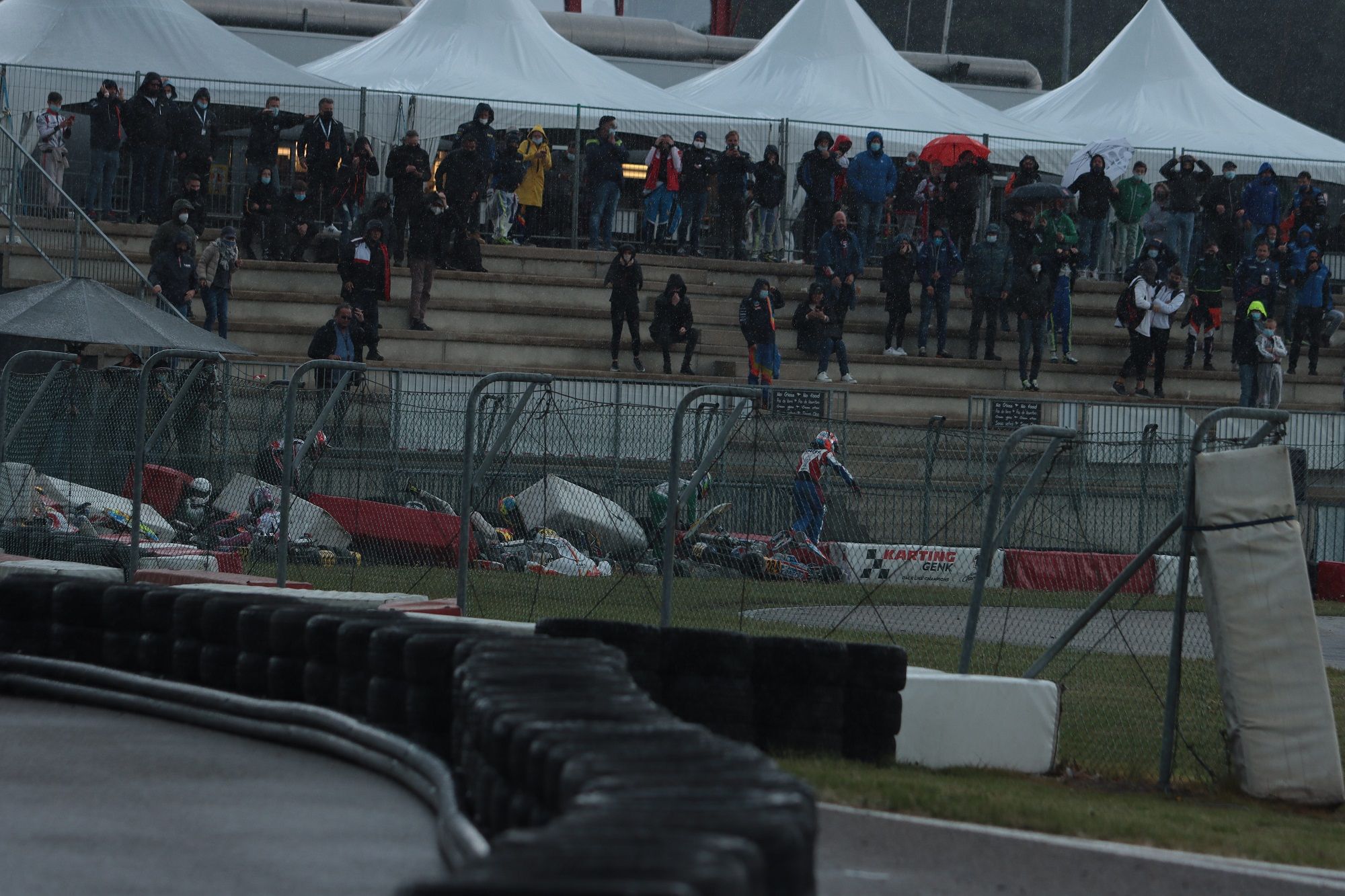 Here’s how qualifying went when McLaren recruit was on pole