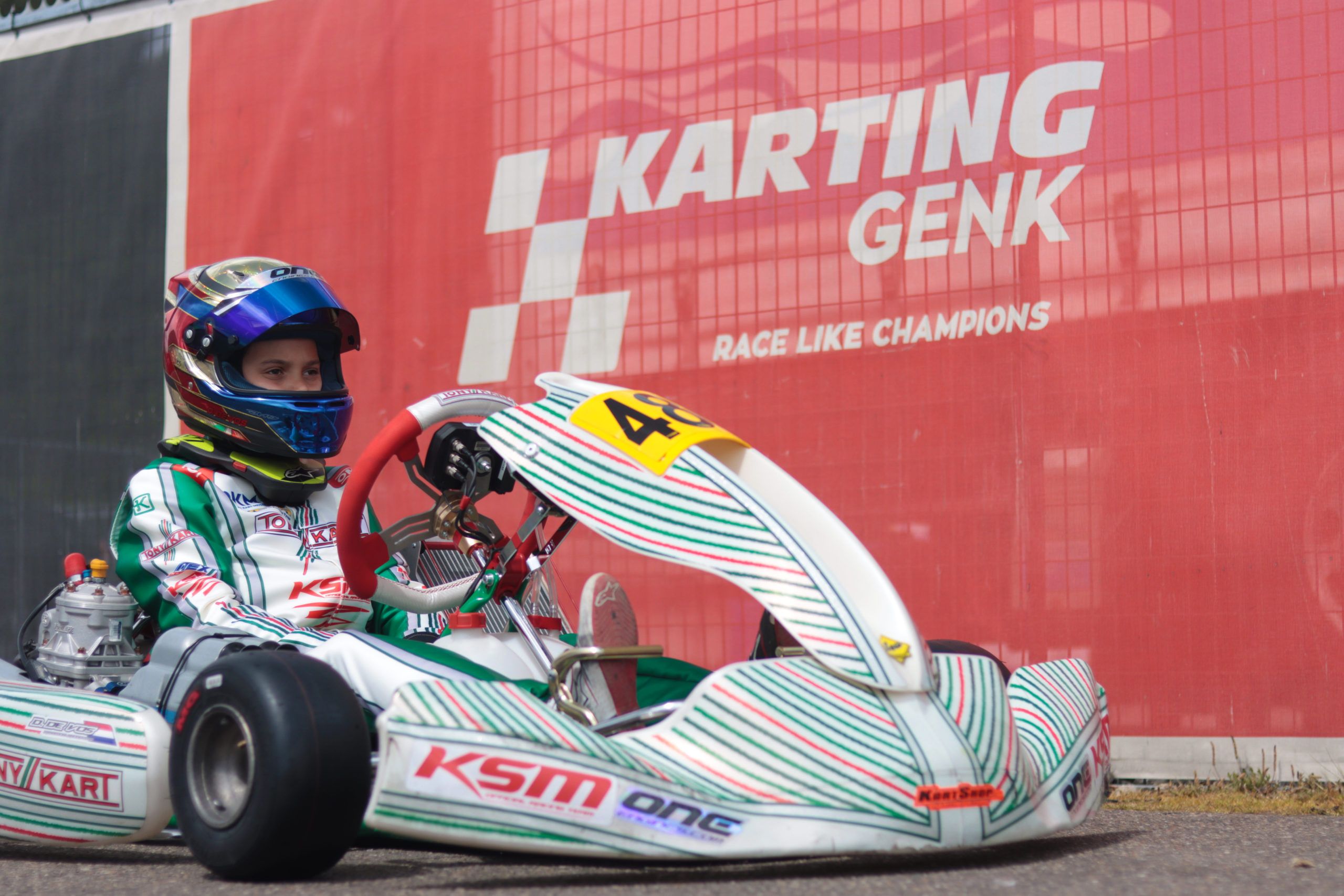 On Friday 14 May, 174 drivers from 42 countries took part in the Qualifying Practice for the first of the four 2021 FIA Karting European Championship – OK and Junior – events at the Genk circuit (BEL). The changing weather situation played a role in the overall standings, although the track remained dry apart from a short shower in the second timed OK session. Singapore’s Askay Bohra took the Junior pole position and the American Ugo Ugochukwu took the top class.

The 2021 FIA Karting European Championship – OK and Junior started in Genk with a complicated hierarchy due to the current unstable weather in the Limburg region. The rest of the event promises to be even more exciting on a track that is already extremely selective. There is no doubt that the “Home of Champions” will put on a great show on Saturday 15th and Sunday 16th May.

The MG Tires have required a little time to adapt to and an competent strategy from the teams to appreciate their full performance. Nothing too difficult to manage for the professionals supervising the drivers at this level. But the unstable weather in the Genk region posed more serious problems for the competitors. The weather was very variable at the circuit. A shower changed the situation during the second OK session, which had to run on slick tyres on a slippery track. This short rainy spell did however slightly affect the results of the other sessions and the final ranking of these Qualifying Practices does not fully reflect the strength of all those present. The Qualifying Heats to come on Saturday morning will be even more competitive.

As an indication, the OK pole position was achieved with 52”109 while that of the OK-Junior category was 54”281, i.e. about 2.2” difference over 1360 m. The gaps remained very close between the current top specialists in each category.

Bohra takes his chance in the Junior category

In the first OK-Junior Qualifying session, Akshay Bohra (SGP) threw all his strength into the battle. His fastest lap on the fifth lap finally earned him pole position in the category, less than 11 thousandths of a second ahead of Ean Eyckmans (BEL), then Alex Powell (JAM). Dion Gowda, also from Singapore, is second in the rankings thanks to his time of 54”383 in the very last moments of Session 2 against Coskun Irfan (GBR) and Kean Nakamura Berta (GBR). Third in the overall ranking, Andres Cardenas (PER) was the fastest in the last session with 54’362, ahead of Luka Sammalisto (FIN) and Enzo Deligny (FRA). Finally, the efforts of the reigning World Champion Freddie Slater (GBR) were hampered by the lack of grip on the track in the third session, and he could only manage 54’644. Maxens Verbrugge (FRA) and Hugo Herrouin (FRA) were not far behind him.

Ugo Ugochukwu (USA) – 52”109 – was finally credited with pole position after Joe Turney (GBR) had his fastest lap cancelled for hitting the track’s boundary marks. Rafael Camara (BRA) was second by 2 hundredths and Timoteusz Kurcharczyk (POL) third by 3 thousandths. Arvid Lindblad (GBR) was one of the favourites and took second place in the ranking thanks to his fastest time in the third session – 52”237 – ahead of Tuukka Taponen (FIN) and Brando Badoer (ITA). Leader of the fourth session, Matheus Morgatto (BRA) completed the top three of the ranking with a lap of 52”357 against Andrey Zhinov (RUS) and Juho Valtanen (FIN). In the famous second session where the drivers had to play a balancing act on slick tyres in the rain, the young Arthur Rogeon (FRA) took advantage of the return of the sun in the last seconds of the session to set the fastest time, 1’09”631, followed by Luigi Coluccio (ITA) and Ariel Elkin (ISR).

Programme of the Genk event