Esteban Ocon completes filming run with Alpine, as Marcin Budkowski explains how the French team have spent their development tokens on their new A521.

The team’s 2021 offering was officially launched on Tuesday, after an initial livery reveal with a black base color in early January. Changes were clearly visible on the new car at its launch, but Alpine kept away a full car shot in the limited images they released.

With Fernando Alonso taking time off to prepare better for the official pre-season F1 test, Ocon had the chance to drive the A521 at Silverstone in a filming run of 100 km on demonstration tyres. It was a usual foggy day at the track which disrupted early run.

They manage to complete 16 laps eventually when the fog cleared out. “It was really good fun today,” said Ocon. “First of all, it was nice to get in the car again at a track like Silverstone as that’s always something special. The car felt nice to drive for the first time and we managed to get through our programme as planned.

“There was a bit of a delay this morning with the fog, but once that cleared, the track was dry and that made the running very enjoyable. I wish I could drive for more than 100km, but that’s the limit, and I leave here with a smile on my face.

“We want to take that into Bahrain next week when conditions will be more representative with the race tyres and some heat. All in all, it was a very interesting day and I can’t wait to discover more about the car. I have to say, I love the new colours.

“It’s the best-looking car on the grid,” summed up Ocon, as he even uploaded a full car image with Alpine 110S on his Instagram. However, he has since deleted the photo but before it was deleted, we managed to take a screenshot here: 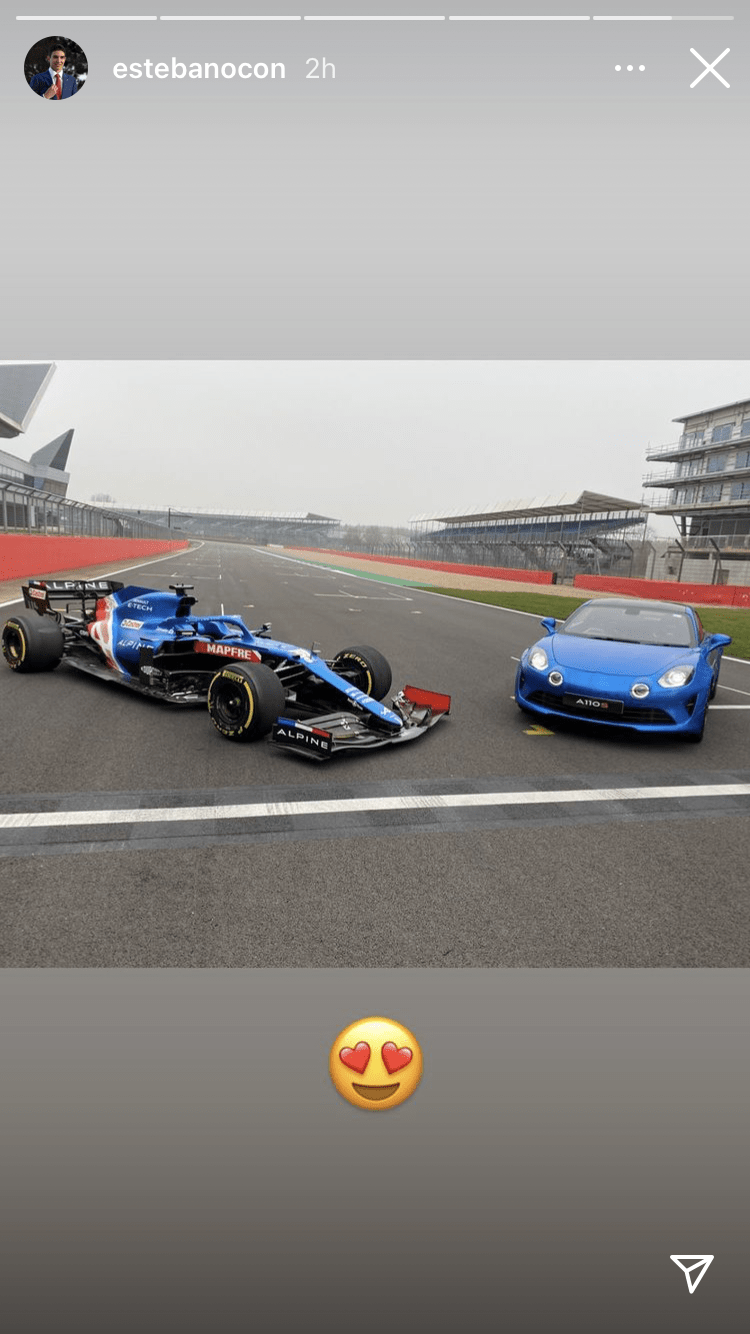 Here’s some of the images and video from Alpine: 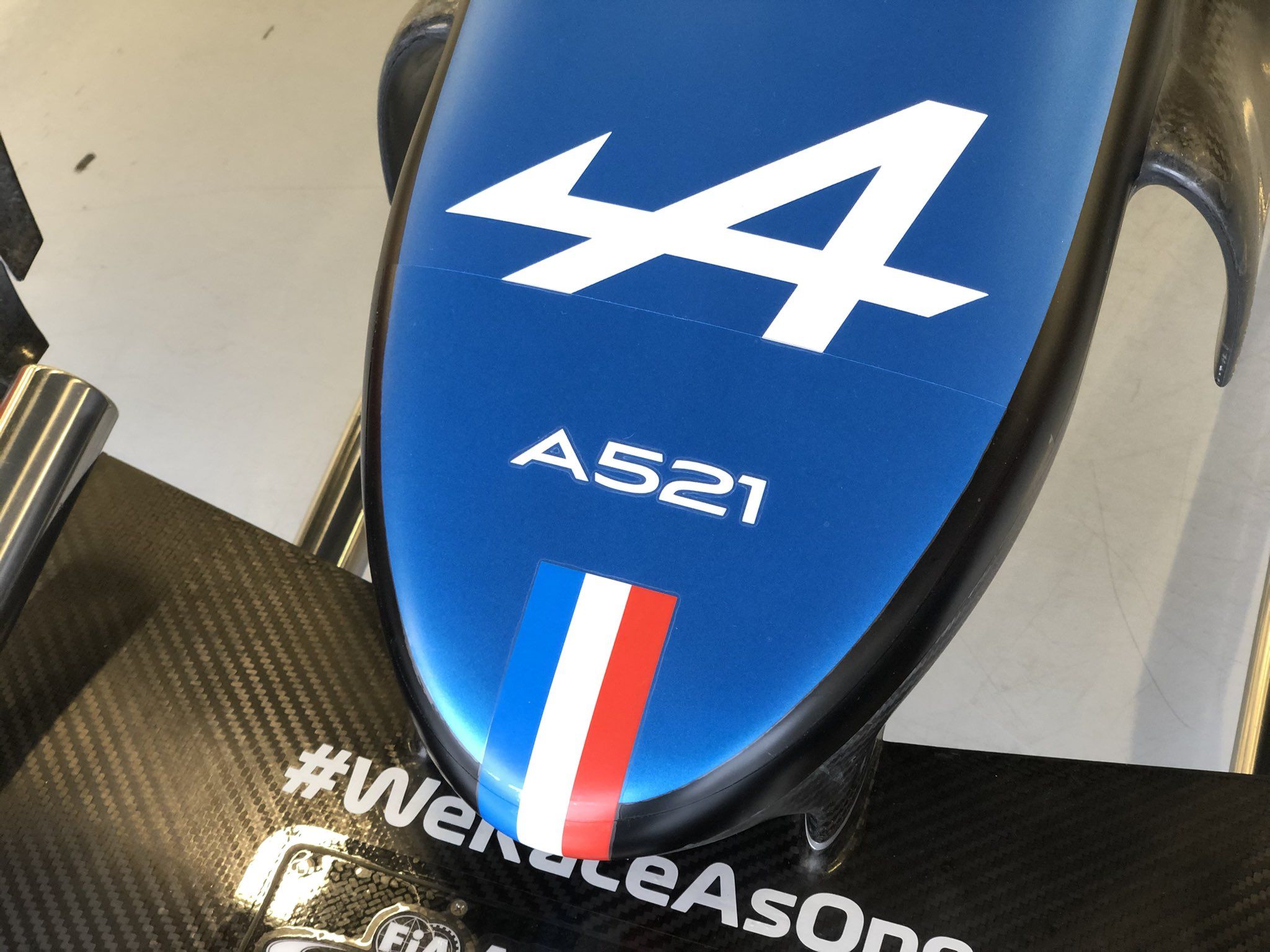 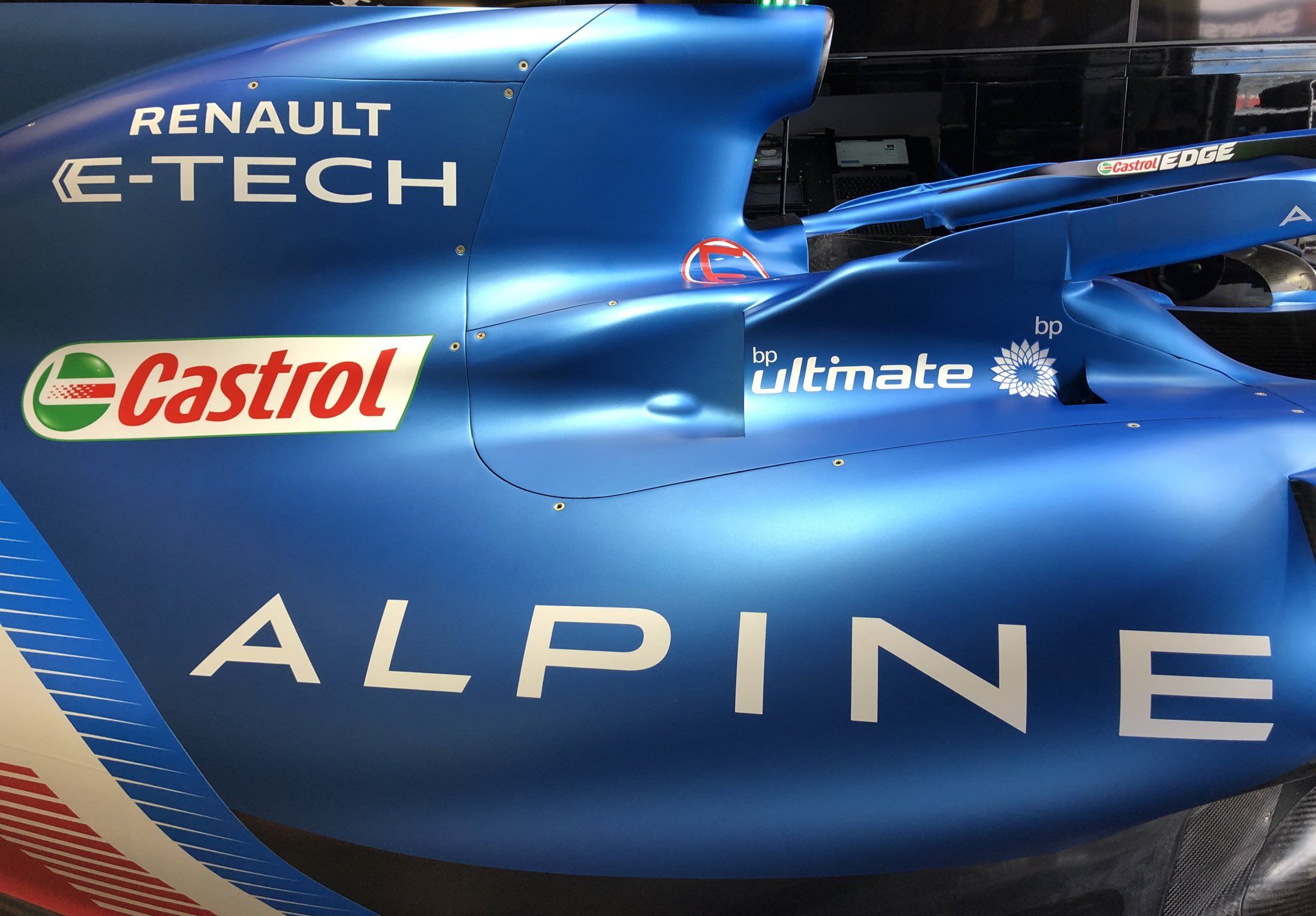 Aside the on-track run, Budkowski discussed about where Alpine allocated their two development tokens. He said the team’s main focus was the rear of the A521. He explained regulations that heavily impacted the aerodynamics, and the team therefore felt compelled to make changes in this area beyond those which are exclusively aerodynamic and forced by the new regulations.

“The basis is the same: the main structural elements are the same,” Budkowski began to explain when speaking to media, including FormulaRapida.net. “But as we were talking during the launch earlier, the FIA has made changes to the aero regulations, quite extensive, we lost quite a bit of performance, all the teams have.

“So we’ve been racing against time over the winter to recover as much as possible on this performance. So [we made] a lot of changes at the rear of the car and this is where we focused our attention because that’s where the regulations have impacted it. But overall, you know you work on everything and you can develop because at the end of the day there’s small gains of performance to be made everywhere.

“The field is so competitive at the moment that you have to [pay attention to everything]. You can’t neglect any part of the car,” Budkowski insisted. He added that the team chose to defer their new power unit’s introduction to 2022, using an “evolution” of their 2020 engine, which was considered among the most competitive available last season.