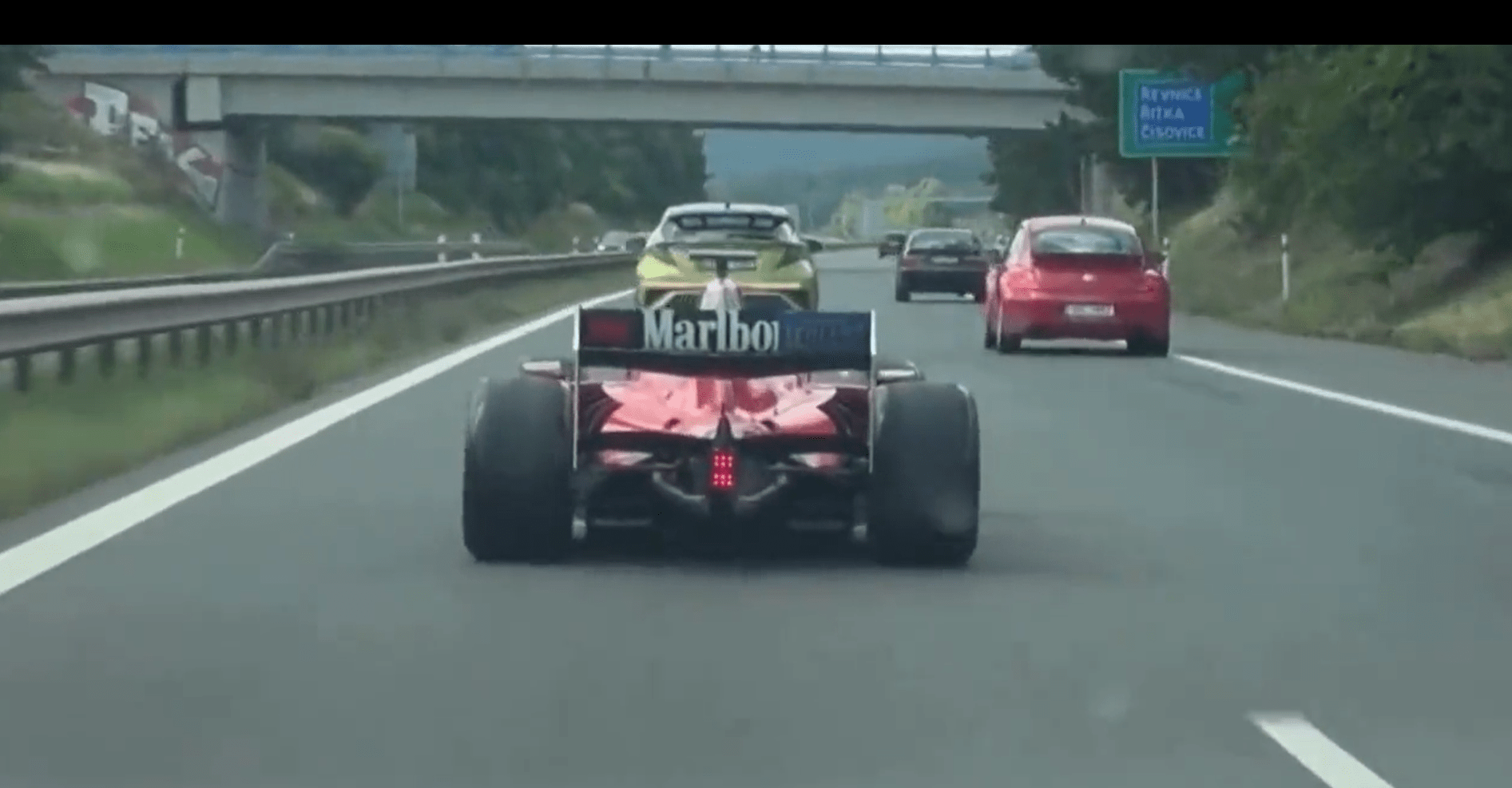 A video has emerged where a GP2 car is seen driven by an unknown driver on the roads of Czech Republic in Ferrari-liveried.

A report on iDNES.cz has showed an unknown driver driving a GP2 car in Ferrari livery on the streets of Czech Republic. The story states that it is a repeat of a 2018 scene where an unknown driver did the same on D4 motorway which brought police attention.

Seemingly the driver was to be charged with 10 thousand euros fine and was issued a threat of ban for six months to one year, but after he was tracked down by police, he denied the charges and with no proof against the said person, he was let go.

But it is likely that the same driver returned this week at the same section on the D4 highway where he was caught on video. It is unclear if police can press charges as per the road laws considering that he drives using a helmet making him unrecognisable.

“We can stop immediately at the classification of the offence, because no one stopped the vehicle in question, so it cannot be said unequivocally that it was really ineligible,” said Tomas Blecha, the company’s executive officer, in March 2020, shortly after the announcement of the suspension of the criminal proceedings after he was caught.