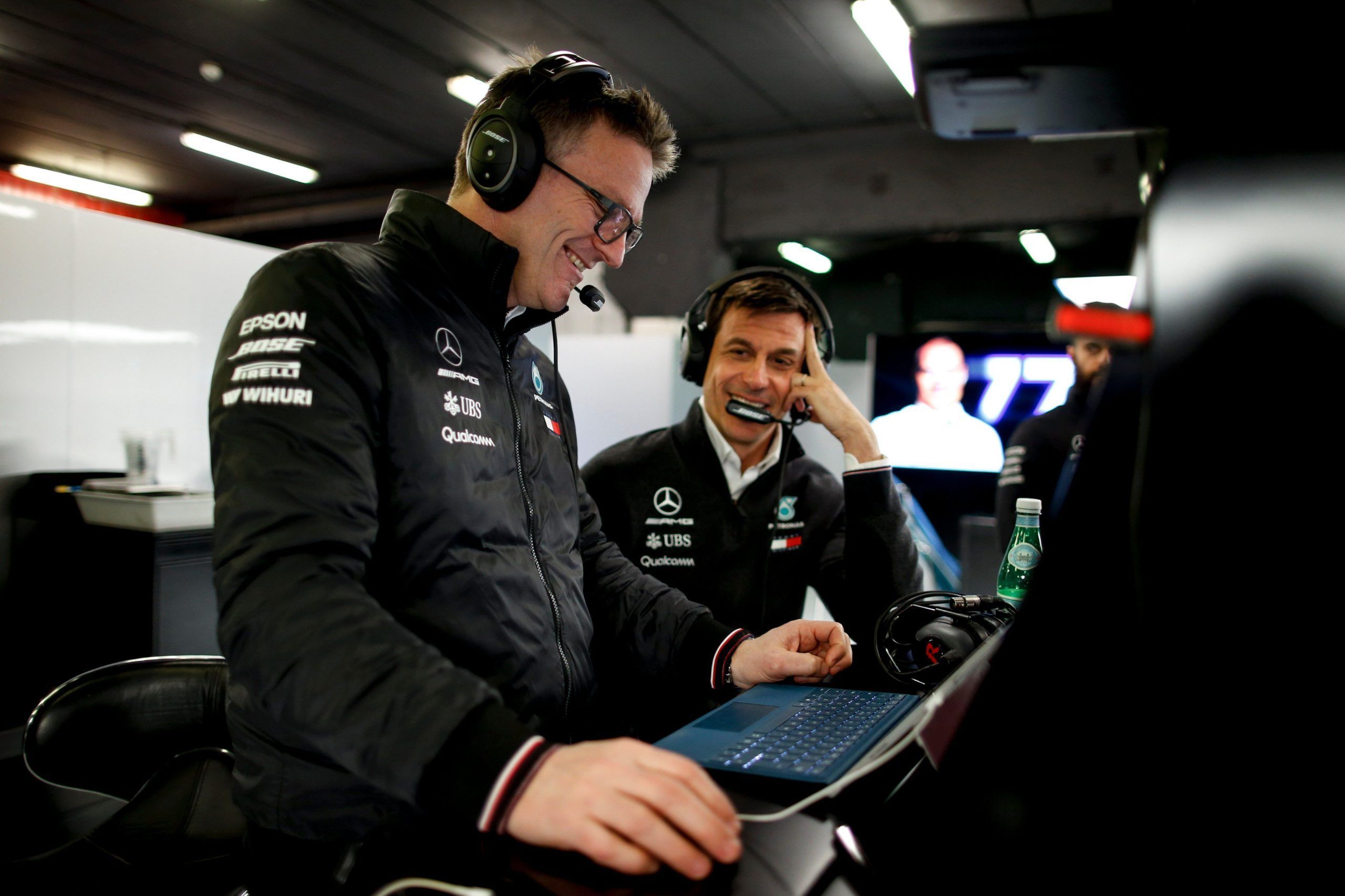 Mercedes chief designer James Allison talks about the developments from the team and how the F1 team is preparing for the 2020 season.

With car development having been officially frozen for some considerable time now, its easy to understand the perception that the F1 cars arriving in Austria in the coming weeks will be identical to their forebear that hit the track at pre-season testing in Barcelona.

However, this won’t be the case, or at least, this won’t apply to the frontrunning team of Mercedes, whose chief designer Allison alluded to a host of coming upgrades on their W11 in a video for the team’s Youtube channel ahead of the 2020 start.

Allison pointed out that the cars seen in those early months of the year were locked in, but behind the scenes development was already taking place – development that ultimately materialised later on. With a compact season, they will have to be bang on.

“We haven’t yet done a single race, but actually quite a lot of time has passed since we launched this car,” started Allison. “And if you imagine where the launch car was and the car that would have gone to Australia that was frozen around about Christmas.

“So there was whole of January, the whole of February, March, all making the car quicker in the windtunnel and also in the design departments. And so we got quite a lot of ideas about how to make it quicker.

“And quite a lot of those ideas were already in process through the design office before we were forced to shut down. So our challenge now is to make sure that that quarter of a year of development can get off the drawing boards and onto the car as swiftly as possible.

“We hope to have a chunk of that for the first race in Austria. And the season that follows will, of course, take as much of the development as fast as we can get it onto the car, in turn,” summed up Allison.

The Brit added that F1 teams will have quite a task ahead of them to keep on their toes despite the long break that they will have gone through prior to the event. “Although it might feel distant to all the fans of the sport who are hungry for for that on track action, the first race in Austria feels desperately close to us,” said Allison.

“So we’re utterly paranoid now to use the few weeks we have ahead of us to make sure that the interruption doesn’t throw us off our normal balance and poise, and that we do get everything back up to the sort of ramming speed that we have at the end of winter testing and prior to the first race of a normal season.

“All of our efforts are around ramping that back up, turning all the systems back on, and making sure we’ve blown away all the cobwebs and that we’re fighting fit and good to go by the time we hit Austria,” summed up Allison.

Aside from the above, Allison covered the new protocols of work in the factory and at the F1 track, and how they are getting acclimated to these, particularly in the context of a race weekend, which they will get in from next weekend onward.

Here’s latest episode of In Conversation With