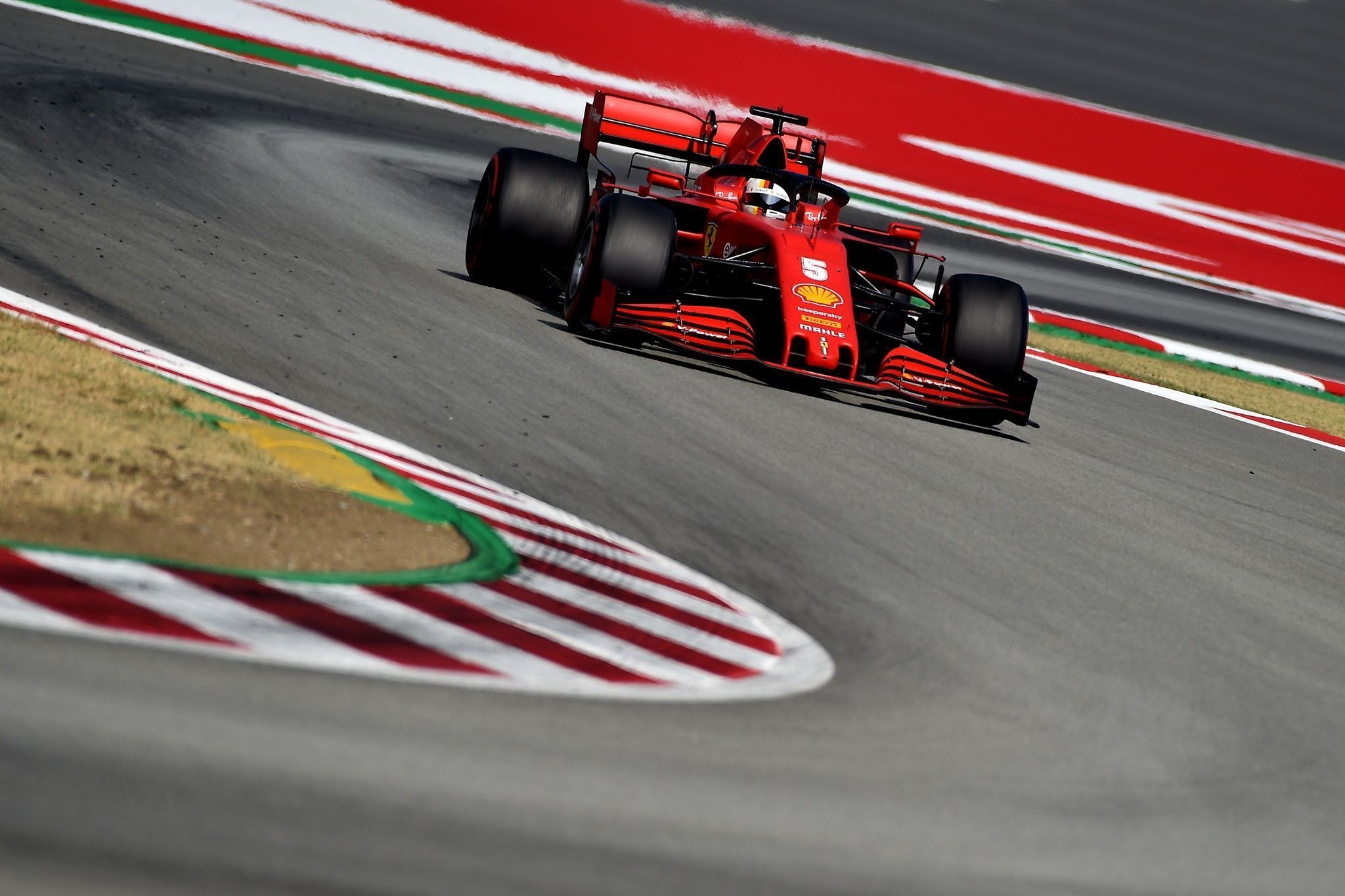 Mattia Binotto insists the opinion of Sebastian Vettel matters within Ferrari after some confusions with F1 Spanish GP strategy.

In F1 2020 so far, Ferrari has been a curious case. There remains confusion over the cause of their SF1000’s lack of pace, there is political turmoil among some of the larger figures within the team, and two drivers enjoying wildly different degrees of success.

Though, one thing is certain: Charles Leclerc has the support of the outfit more so than his teammate, Vettel, the German of course set to stop competing for the team from 2021 onward amid an unfortunate final year with the F1 outfit.

Some have accused the Italian team of being dismissive of Vettel due to the impending termination of their partnership, and though they’ve made some form of a clear effort to help the four-time champion, there is still a strong belief among many that the German is at a disadvantage.

Speaking to Sky Italia after the F1 Spanish GP, where Vettel finished seventh after managing to work the one-stop, the German felt his opinion was not getting acknowledged as much, after what happened during the grand prix, especially with the strategy.

There seemed to be a bit of a confusion over their strategy as Ferrari only switched him to a one-stop well into his stint. Vettel wasn’t hugely happy but eventually got along and made it stick, even though he lost two places in doing so.

Team principal Binotto was asked about the same but the Italian insisted that they still take his opinion on board and he must be feeling it that isn’t the case because he is leaving. He also discussed some of the strategic confusion between Vettel and the pitwall.

“I don’t want to talk about misunderstandings between the drivers and the wall,” said Binotto to Sky Italia. “By our own choice, we prefer to talk openly. Others don’t, perhaps so as not to reveal their intentions. We think it’s the right way even if we ask questions on both sides.

“Looking at the last races, the choices made have proved to be correct, so we welcome the discussion and the question marks. For us they are open dialogues that lead us to make the right choice. I think it’s a statement [that the opinion of Vettel is not taken] is dictated by his disappointment that he won’t be part of the team from next season.

“When he says things like that it means that he thinks that advice for the future is no longer up to him. Having said that, we working well with him, the relationship is good. His weekend has been decent even if you can do much better.

“He had a good race and I am convinced that he will have an injection of confidence for the next races, facing them with more enthusiasm,” summed up Binotto. At the same time, Vettel elaborated about the confusion from his end too – something which has been happening for some F1 races now.

“It’s quite simple, we didn’t have anything to lose,” said Vettel. “We were P11, and I think we were trying to offset until the end of the race, so obviously we were catching the cars in front, then they pitted for their second stop, but I was not in a rush to catch them and I was managing the tyres. Then I was told to push, which I did.

“I was told to make it to the end, or asked if I could make it to the end, and I said well, you could have asked that three laps before because I asked a couple of times, what’s the target, how long do we want to go, so I could look after my tyres. But yeah, I said we’d try to make it. The last five laps were really, really difficult.

“Obviously it helped that we got lapped to be honest. Not always the case, but today it was. I think we obviously took that risk because we had nothing to lose, and it did pay off, but it wasn’t the plan before the race to do close to 40 laps on the softer tyre,” summed up Vettel.