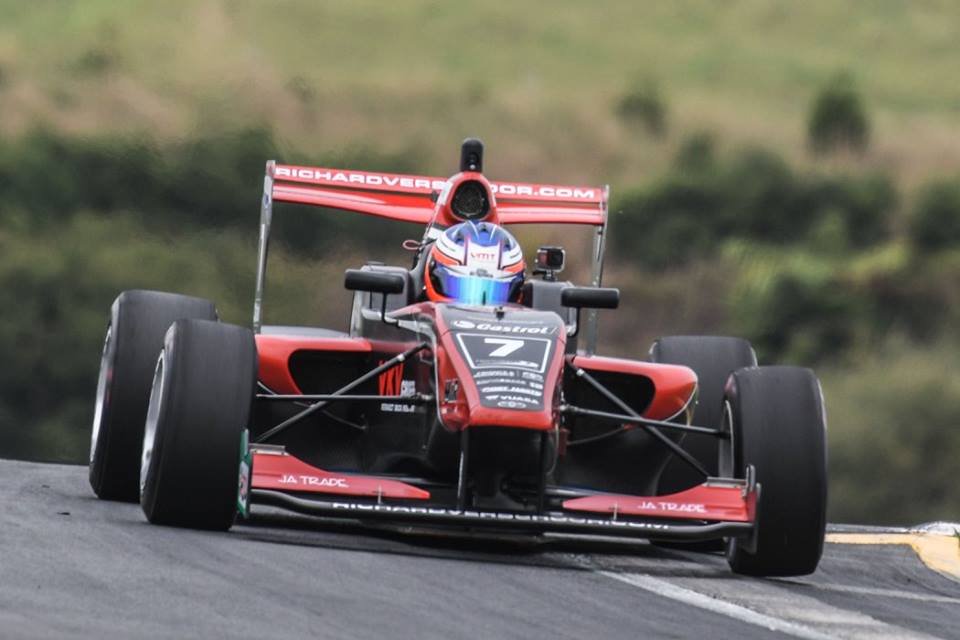 Richard Verschoor has won his third Saturday race in a row in the Castrol Toyota Racing Series at Hampton Downs yesterday in stifling hot temperatures of 42 degrees. The Dutch teenager led from start to finish from pole position and has slightly closed the gap to his two main championship rivals.

“I didn’t push from the start,” said Verschoor. “There were a lot of marbles (small pieces of rubber) out there and I didn’t want to make a mistake. The surface was very loose.”

With series leader Marcus Armstrong pressuring him after making a demon start from the second row of the grid, Verschoor eventually did go slightly off line.

“I made one little mistake and then he was right behind me,” said Verschoor.

But Armstrong found the position untenable.

“I had to back off and get out of his slip-stream as the water temperature started going up. It was bloody hot out there.”

Armstrong said the first few laps were alright, as he was pressuring Verschoor, but once the engine temperature started climbing into the red zone he settled for his seventh consecutive podium finish, slightly extending his lead in the series over Robert Shwartzman, who finished fourth.

The final podium place went to Florida based Ecuadorian Juan Manuel Correa, who had started from the front row of the grid.

“Once I saw Marcus come inside me going into the first corner I just slotted in behind him,” said Correa.

Teretonga main race winner Clement Novalak was fifth, while Reid Harker from Albany in his first season in the Toyota Racing Series completed the top six with his best performance of the series.

Armstrong now leads the series by 41 points from Shwartzman, with Verschoor another 26 points behind.
Race officials postponed two of the support events late yesterday to this morning because of the high track temperatures.