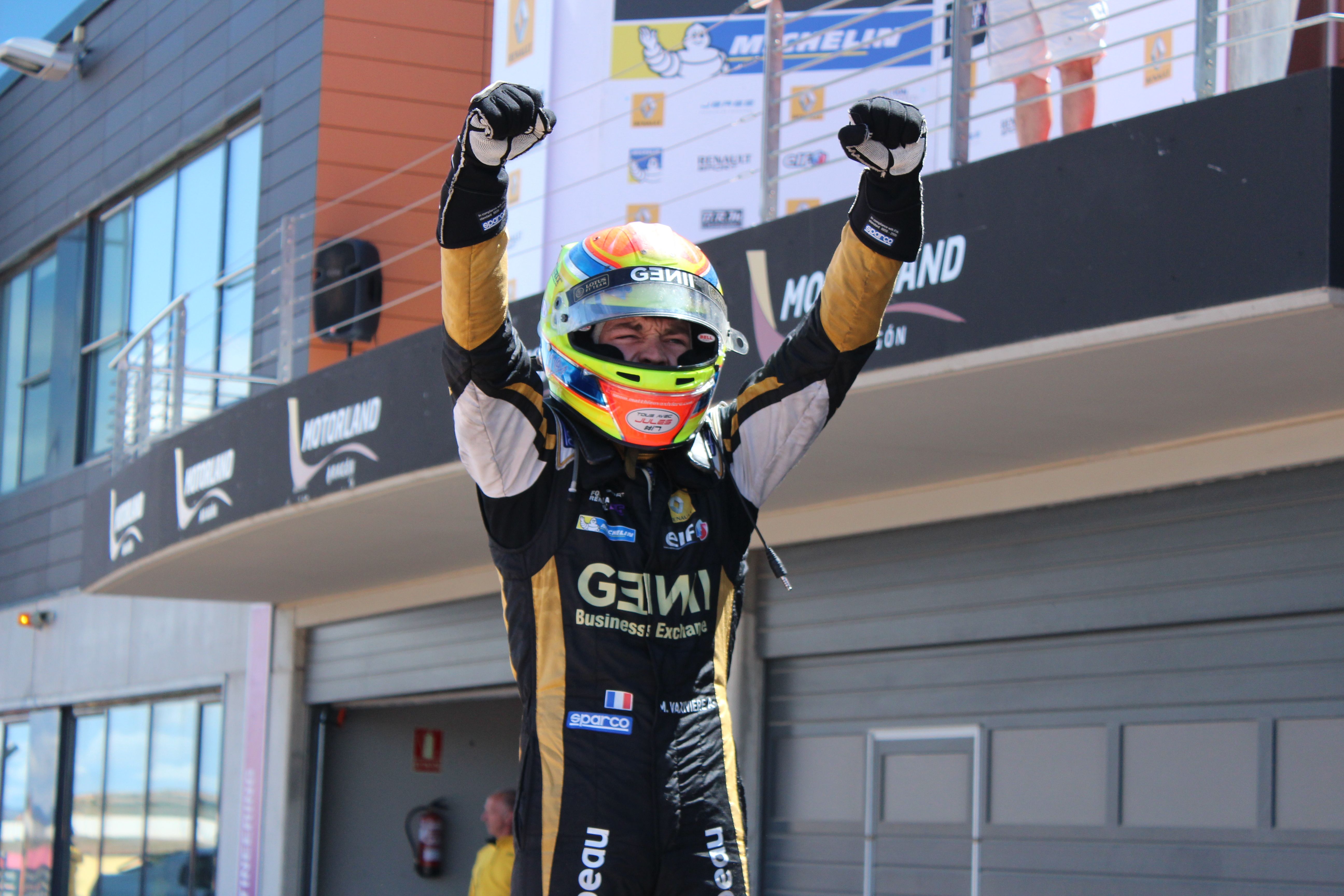 The Frenchman Matthieu Vaxivière (Lotus) progresses with touch included in Nyck de Vries (Dams) on the last corner brilliant victory in a race marked by rain.

Expected as a career move with a very wet asphalt and a sky that kept threatening to drop water, and certainly did not disappoint at all. For starters, race direction decided to start the race behind the safety car back without heating and stopped dead in an unusual procedure but in this case the necessary delicate condition.

But the rain did not stop and even intensified, causing a decrease in clear visibility, so management decided to remove red flag race after thirteen minutes behind the “safety car” and all cars enter the pits, even some pilots as Armand (Pons Racing) had to be pushed by the pressure loss in the gearbox.

After a few long minutes in which pilots had to cover themselves with umbrellas and tarps to not more than necessary and wet because water entered into the cockpit, the march was resumed again at 14:06 behind the safety car. Anecdotally, adding that the car in Calais Vaxivière resortid from the pit lane and had to recover following their second round exit.

In the absence of 21 minutes to go it appeared the expected sign the safety car came in this round. When the lights went out, Nyck de Vries was too slow progress in the last corner causing a good jam and even some cars off the track before the unexpected maneuver Dutchman. The race began and resumed hostilities.

Race direction indicated at the time that the window for the mandatory stops extended until lap fifteen and then the pilots had completed only 8 laps in total behind the “safety car”. The first to go were Merhi (Pons Racing) Orudzhev (Arden Motorsport) Nissany (Tech 1 Racing) and Visser (AVF) among others.

As the track dried going, the time and the drivers were marked down lap after lap. Once all drivers had entered the pits to win the battle between Matthew and Nyck was served, and also had an interesting fight off points.

Finally, the battle for victory took her Vaxivière the bend after the long straight, in a maneuver very astute outside the apex of the curve, which De Vries replied with a touch on the bridge side of the Lotus to be up on this exciting battle. Completed the podium Briton Oliver Rowland (Fortec Motorsports), leaving championship leader of this first test of the season. Roberto Merhi completed the test in 10th position, getting a point across the weekend.

The World Series by Renault at Motorland 2015 are now history, the next event will be held in Monaco on 24 May, coinciding with the Formula 1 Grand Prix.