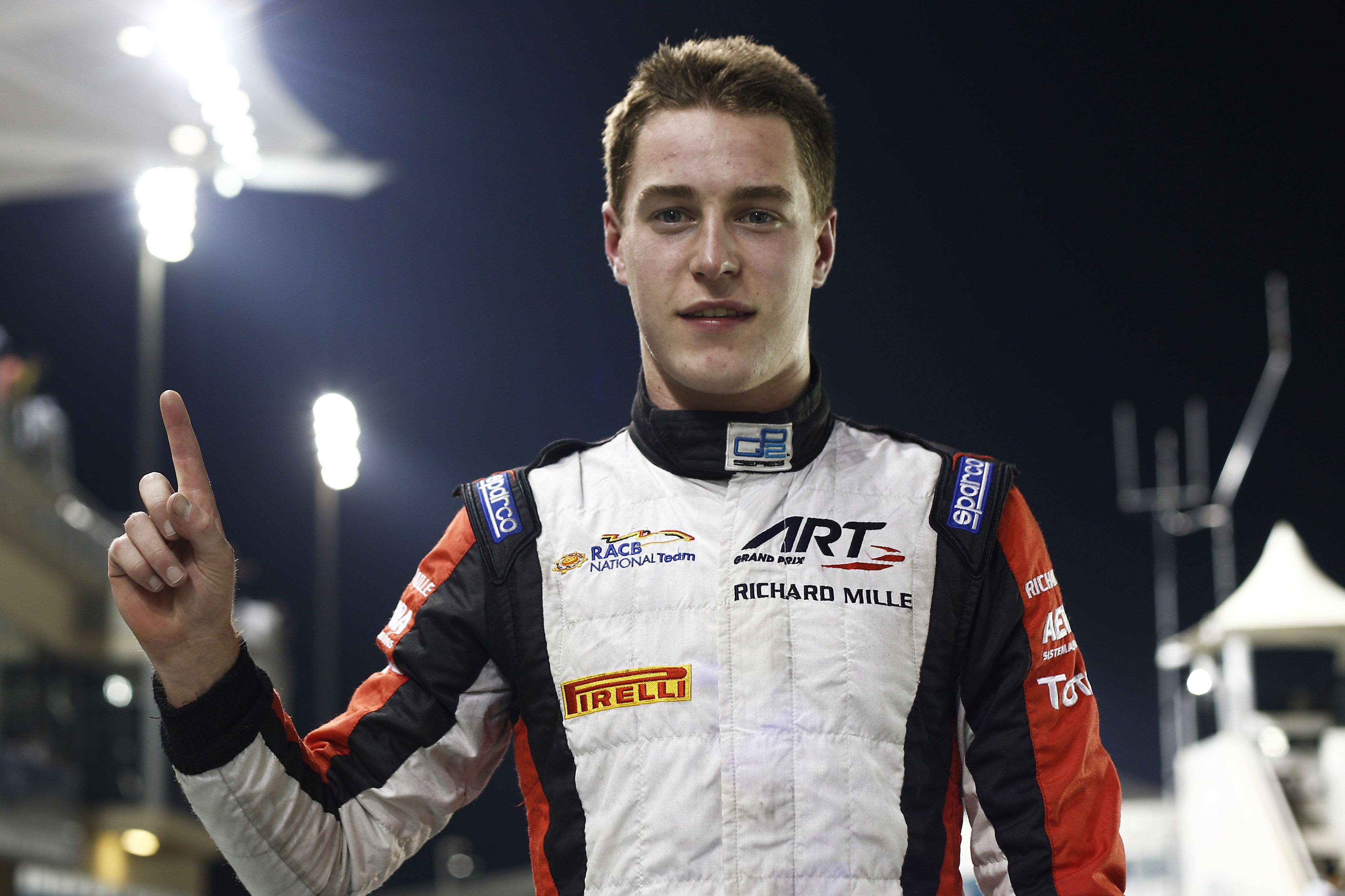 McLaren reserve driver Stoffel Vandoorne continued his astonishing run of pole positions by claiming the top spot under lights this evening at the Yas Marina, snuffing out his rivals’ best efforts with a stunning lap late in qualifying to take the points ahead of GP2 Series champion Jolyon Palmer and DAMS teammate Stéphane Richelmi.

The Belgian’s best lap of 1:48.088, set with just three minutes remaining in the session, gave him pole by less than a tenth, his fourth in a row as he has closed in on second-placed Felipe Nasr: with the Sauber-bound driver unable to match Vandoorne’s speed, he closed the gap between them in the battle for vice-champion status to just four points.

The entire field were straight out on track when the lights turned green, with Nasr setting the first competitive time but soon overtaken by Richelmi, Vandoorne and then Palmer: it looked as though the super softs were done until Vandoorne snuck inside the Briton’s time just on the ten minute mark as the teams were calling their charges home, giving the entire pitlane something to think about.

And think they did: all of the front runners were soon out and setting identical first sector times, but with so many cars on track something had to give. Most of the drivers struggled in the second sector as Palmer improved and took provisional pole, but he held it for less than 30 seconds as Vandoorne sliced by for the top spot.

Behind the top three there were stories to tell: Mitch Evans improved late to take P4, with Nasr also improving but unable to fight for pole. Pierre Gasly brought home his best qualifying result, while Arthur Pic struggled with traffic for P7, ahead of Raffaele Marciello (who will lose five grid positions following a penalty picked in Sochi last month), Stefano Coletti and Rio Haryanto. With plenty left to fight for, tomorrow’s race should be as hot as the conditions.