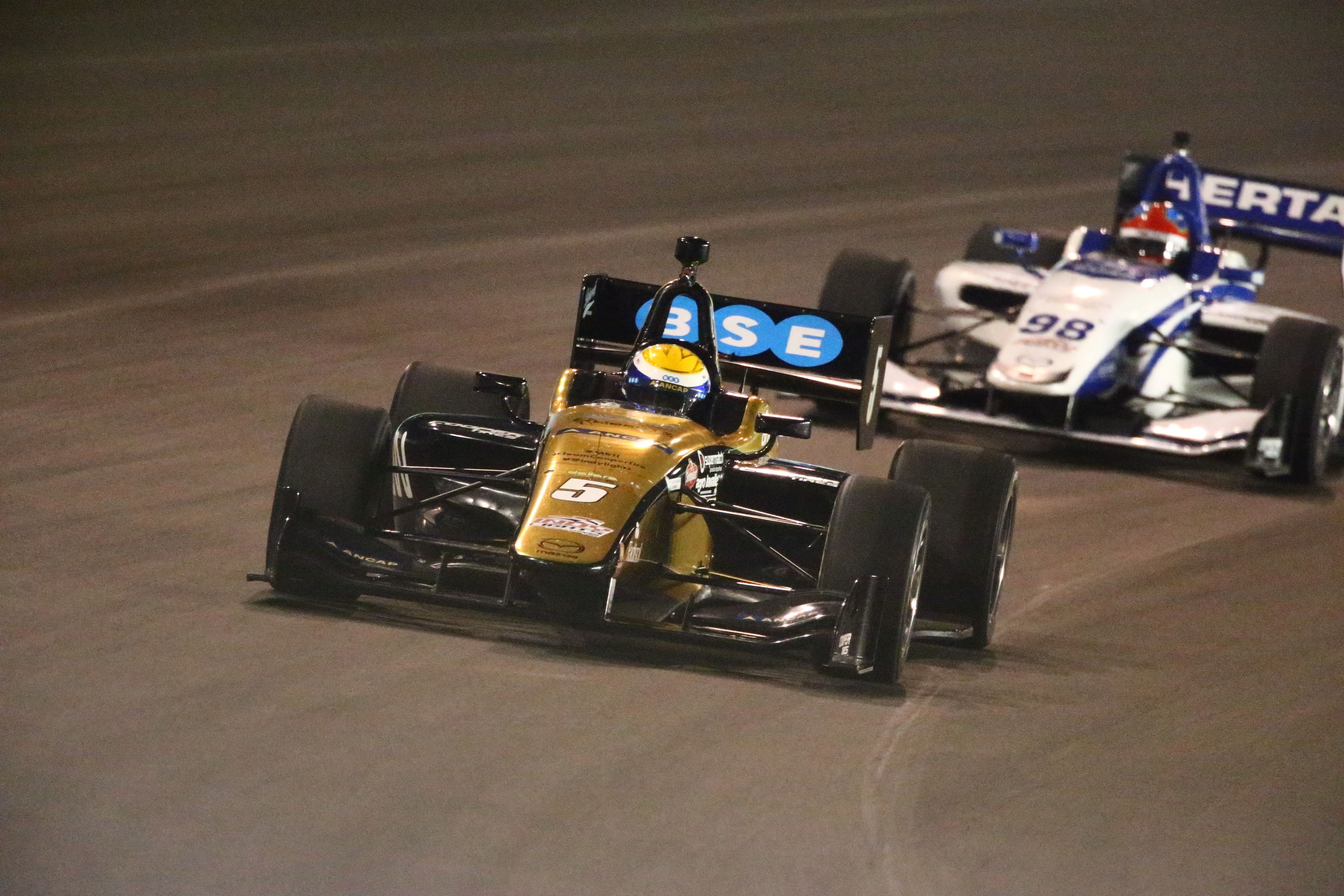 Indy Lights’ nonstop racing. A duel between Urrutia and Piedrahita has kept us awake tonight. Urrutia has taken the victory, doing what he needed for the championship but it is not enough since Kaiser fourth today in Gateway, is almost champion.

In the re-start, a new period of caution appeared because of Zachary Claman de Melo (Carlin) and Garth Rickards (Carlin) suffered a spin but they managed to stay on track.

Finally when the race restarted, Urrutia lost the second position with Kaiser, although shortly the Uruguayan managed to pass the Californian and also to overtake Piedrahita for the lead of the race.

Meanwhile, Kaiser would drop positions and was overtaken by Nico Jamin (Andretti Autosport), Matheus Leist (Carlin) and Claman De Melo who was compleating a great comeback.

With nine laps remaining for the final, the red flag would appear because of a multiple accident between Alberico, Rickards and Chad Boat (Belardi Auto Racing).

The race would restart with 7 laps to complete. Piedrahita passed Urrutia, while behind Jamin lost control of his car and caused a new caution.

At the re-start with 3 laps to go, Urrutia attacked Piedrahita, both drove side-by-side during a lap until Urrutia obtained the leadership and victory.

Victory is not enough to beat Kaiser, the  championship leader who is now almost the champion. Juncos driver only need to start the final race at Watkins Glen to get the championship that will allow him to debut at IndyCar in 2018.