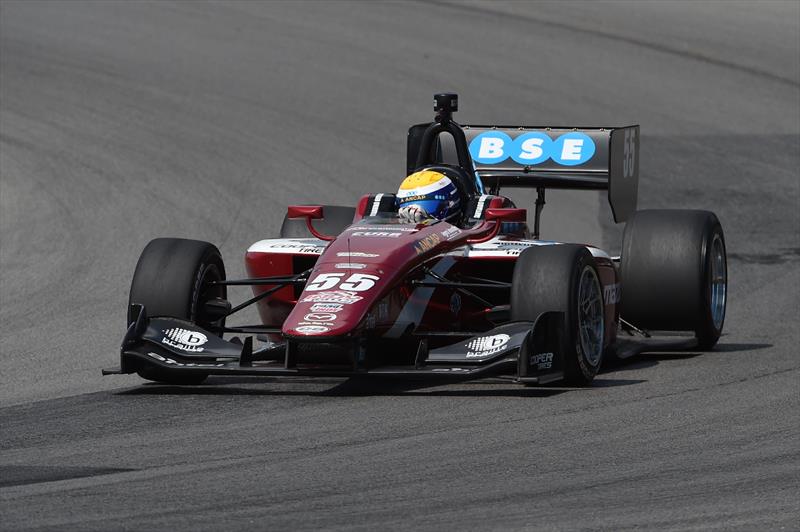 The Urugaian driver completed a weekend to remember with another victory at Mid-Ohio, taking the lead of the championship. Dean Stoneman and Andre Negrao completes the podium while Ed Jones had to retire.

It was a clean and quiet start for Urrutia who led the field ahead of Serralles. But Zachary Claman de Melo spun at turn 1 and Neil Alberico couldn’t avoid the Canadian, which caused his retirement.

After the first laps, Urrutia and Serralles escaped from the others. The battle was for the seventh position, between Garett Grist, Shelby Blackstock, Kyle Kaiser and Dalton Kellet. Grist with no pace was easily overtook by the mentioned drivers and then, went off the track and caused the appearance of the pace car. With the pace car on track, Serralles spun and dropped to ninth place, letting Dean Stoneman and Andre Negrao to take the podium positions.

When the green flag returned, Urrutia until the end as Serralles started his comeback. But the Puerto Rico driver made contact with his teammate Dalton Kellet with two laps remaining.