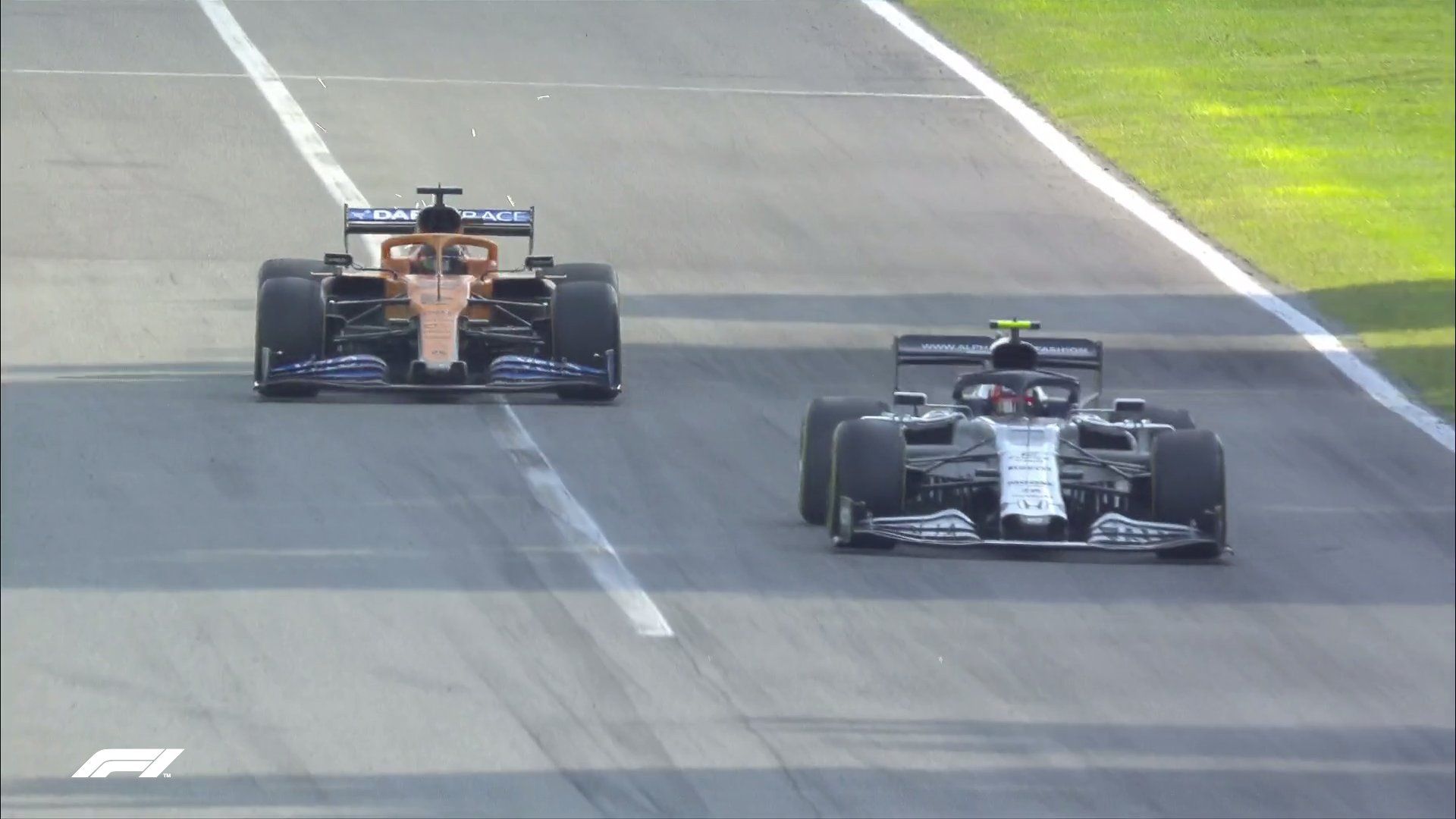 Franz Tost explained a small trick undertaken by Pierre Gasly in his fight against Carlos Sainz in their F1 Italian GP victory.

With all the happenings in F1 Italian GP at Monza, AlphaTauri’s Gasly found himself in an unique position of defending the race lead from McLaren’s Sainz in the closing stages. The former did not have the pace advantage as much as the latter.

It showed as well, as Sainz managed to get on the tail of Gasly and if they had few more laps, the Spaniard would have passed the Frenchman at ease, with the latter having no tyres left. In the end, it was just the 0.415s gap separating the two.

Post-race, Tost explained the small trick they deployed to help Gasly keep the advantage in the closing stages to just see him through. “It’s good, I must say that the team did a fantastic job, Pierre was driving a really good race,” he said.

“I must also say that from Friday FP1 onwards, we were quite competitive because we were on the fourth, fifth, sixth place all the time and we felt that we have a fast car here as we had in Spa already. Because in Spa without the safety car, Pierre would have finished fifth.

“Then anyway we had the good luck with the red flag, we were also lucky because of the penalty with Hamilton and I must say that Pierre drove a fantastic race without any mistakes. He could keep the distance to Carlos, he controlled everything.

“We knew it because we had a little bit more wing, we decided on Saturday to go out with this additional flap, to go this risk also regarding the tyre degradation and it worked,” summed up Tost, as both Gasly and Sainz explained their scenarios of handling the race.

“I knew the closer Carlos was getting, the more slipstream he would get, so I knew he started around four seconds and then at three seconds which was probably the idea gap for the slipstream. So he was going to get closer and closer,” started Gasly.

“I tried to push as hard as I could in the corners on the tyres, which obviously means you have more degradation but it was my only way to make lap time. The last few laps I had big, big moments through the Lesmos, through Ascari, just trying to give everything because I could see him becoming bigger and bigger in my mirrors.

“I knew I was struggling with traction a lot in Turn One. So, there was one place he could try was either DRS the first chicane or the second chicane but I tried to… yeah I saw he wasn’t getting closer and closer and once he got to 1.5s, except for that last lap, I managed to save the energy, just to be able to defend in case he would try something.

“And we kept him behind but lucky the race wasn’t much longer because with this Medium tyre I think I didn’t have any rubber left at the end. So, it was the right time to finish the race,” summed up Gasly, as he also explained it was a bit annoying when the safety car just after his first stop.

“Once we pitted and I just exited the pit lane I saw safety car, I came on the radio and I was like ‘is that a joke? We just pitted like exactly at the worst time possible’,” said Gasly. “They just told me ‘OK, the pit entry is closed’ so that’s what happened, and in the end it turned out to be a very lucky move. There was no way we could have planned this.

“I think we’ve had a little star with us, a little angel, let’s say, taking care of us and obviously we’ve got pretty lucky on that one and after obviously there was still thirty laps to do which were very difficult but that was clearly a turning point.”

At the same time, for Sainz, it was catching Gasly knowing the pace advantage he had but the dirty air restricted a quicker movement. “Difficult to explain everything that was going on but I guess since the moment I started catching Pierre, my main target was to get within DRS and then knowing that he would have to defend and use the battery to defend,” he said.

“Then suddenly in the last lap and a half I saw him start doing the small mistakes that allowed me to get into the DRS and then I crossed the start finish four-tenths, which would have given me a good run into Turn One if it was one lap more.

“But, unfortunately it wasn’t one lap more and it is what it is. He did a tremendous job defending and I’m not going to say anything. I know I left nothing on the table. I think those four-tenths reflect very well what we both did and I think it’s a good finish to the race,” summed up Sainz.