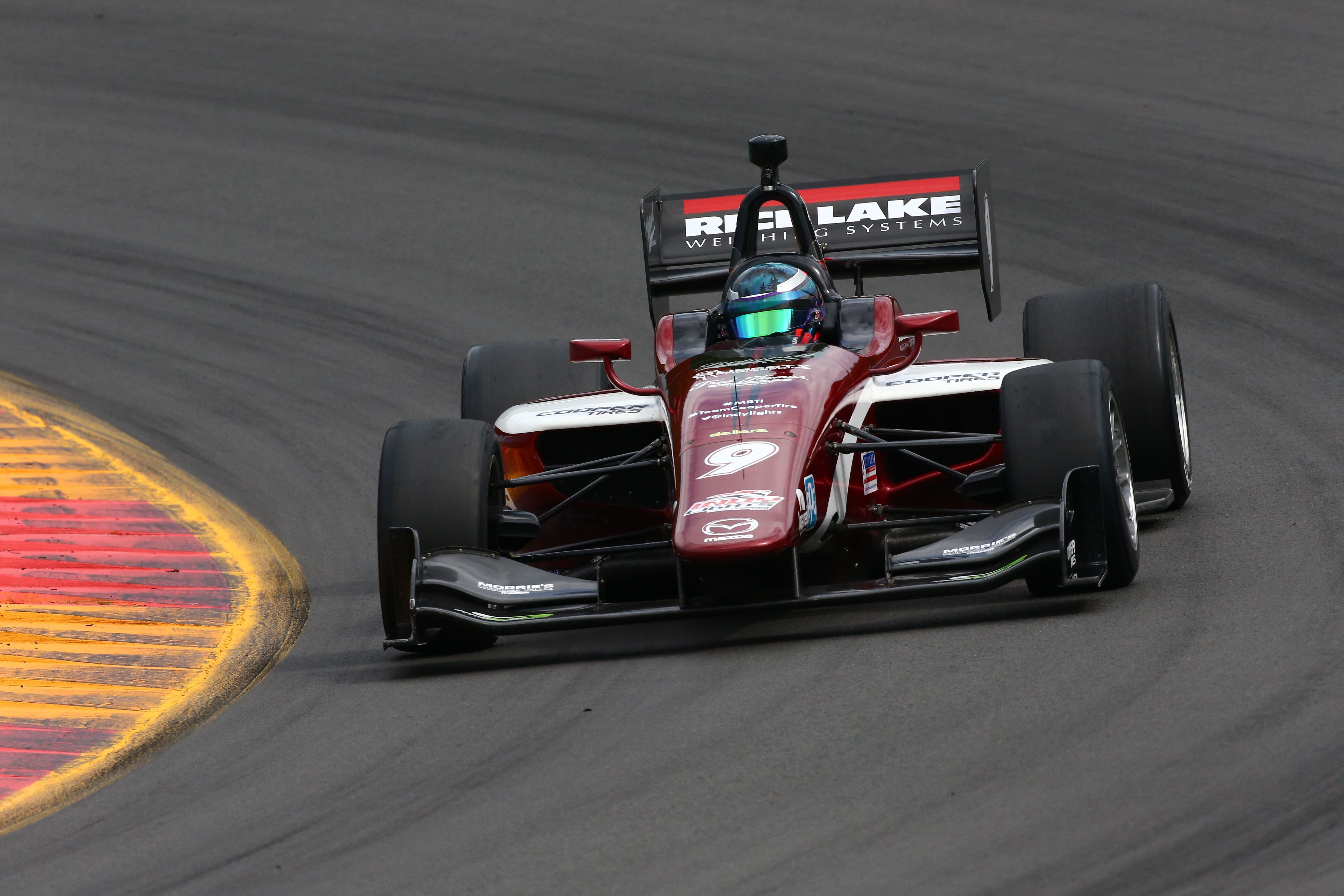 The last round of the Indy Lights has given us a show under a strong deluge that has ended with victory for Aaron Telitz, followed by Urrutia and Herta. Kaiser has won the title by finishing seventh.

Race started under the heavy rain, so the green flag took longer than usual to wave. When it did, Aaron Telitz overtook Santi Urrutia, who had run wide, and moved up to second, with Colton Herta leading from Pole. It was a thrilling start, with the three drivers fighting for the lead and Telitz taking it. Behind, Kyle Kaiser, who would have enough with taking the start to be crowned champion, lost two places at the start.

Telitz was clearly faster than the others and quickly managed to open a gap, but the fight for second between Herta and Urrutia was being frantic. Few laps later, Urrutia finally overtook Herta and quickly pulled away from the Andretti driver, running even faster than the leader. Behind, Matheus Leist and Nico Jamin were fighting for fourth position.

With 30 minutes to go, Dalton Kellett lost control of his car and hit the wall. Canadian driver retired and there was a Caution period. During this yellow flag, Shelby Blackstock retired with mechanical issues.

After several minutes under yellow, red flag was shown due to the huge amount of water on track. The race was resumed after some minutes and, when starting, Ryan Norman had problems on his car. Green flag waved again and Urrutia tried to pass Telitz, but he didn’t manage to do so. Neil Alberico spun on the re-start and had to pit ot fix his car.

There were no further changes until the end and Telitz took his second win of the season. Urrutia has been second with Herta third. Leist, Jamin, Zachary Claman de Melo, Kaiser, Nicolas Dapero, Juan Piedrahita and Norman complete the Top 10.

These results give the title, with 330 points, to a Kyle Kaiser who only had to take the start to be crowned. The American is thus assured of his participation in three races of the IndyCar Series next year, with the Indianapolis 500 being one of them. Urrutia was runner-up with 311, followed by Herta with 299.

This concludes another season of the Indy Lights, the last step of the Mazda Road to Indy prior to the IndyCar. The next season will start on March 11, 2018 on the street circuit of St. Petersburg, Florida.