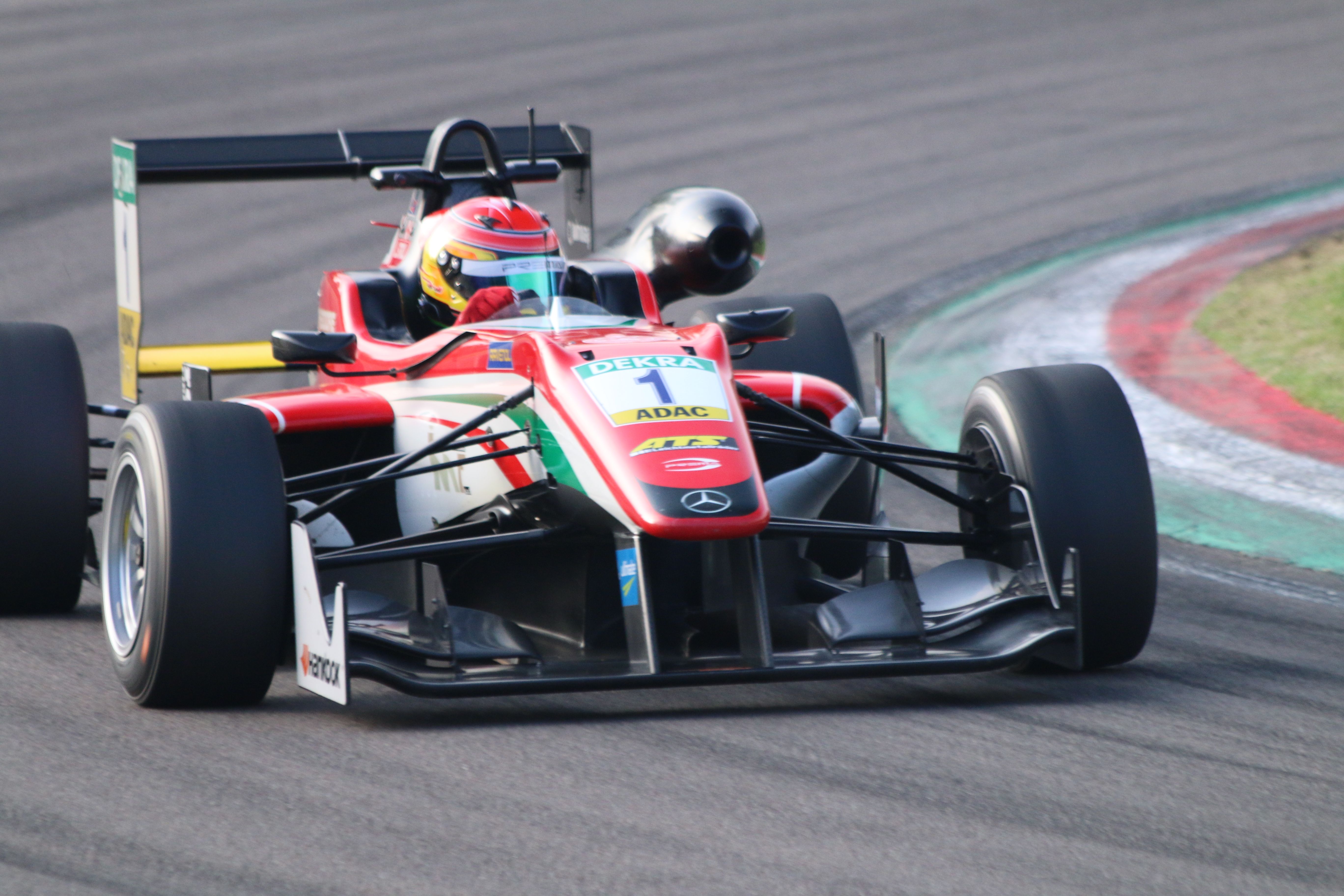 Lance Stroll has taken another victory in an eventful race 3 at Imola. The Canadian completes a perfect weekend with 2 wins, the title and one second position. Russell and Ilott completes the podium.

At the start, Stroll kept the lead ahead of Russell that had overtaken Ilott. Behind them Ralf Aron passed Joel Eriksson at the start, followed closely by Anthoine Hubert. Mikkel Jensen kept the seventh.

The first seven places not changed until the end of the race. The fight then was focused on the fight for eighth place that had achieved Ben Barnicoat. The British had no pace and quickly was overtaken by Nick Cassidy who finish eighth.

Two laps later, the pilot sponsored by FormulaRapida.net, David Beckmann passed the Hitech GP driver who would drop to the thirteenth position.

Finaly victory for Lance Stroll in a nearly perfect weekend where only he has escaped the victory in the first race.