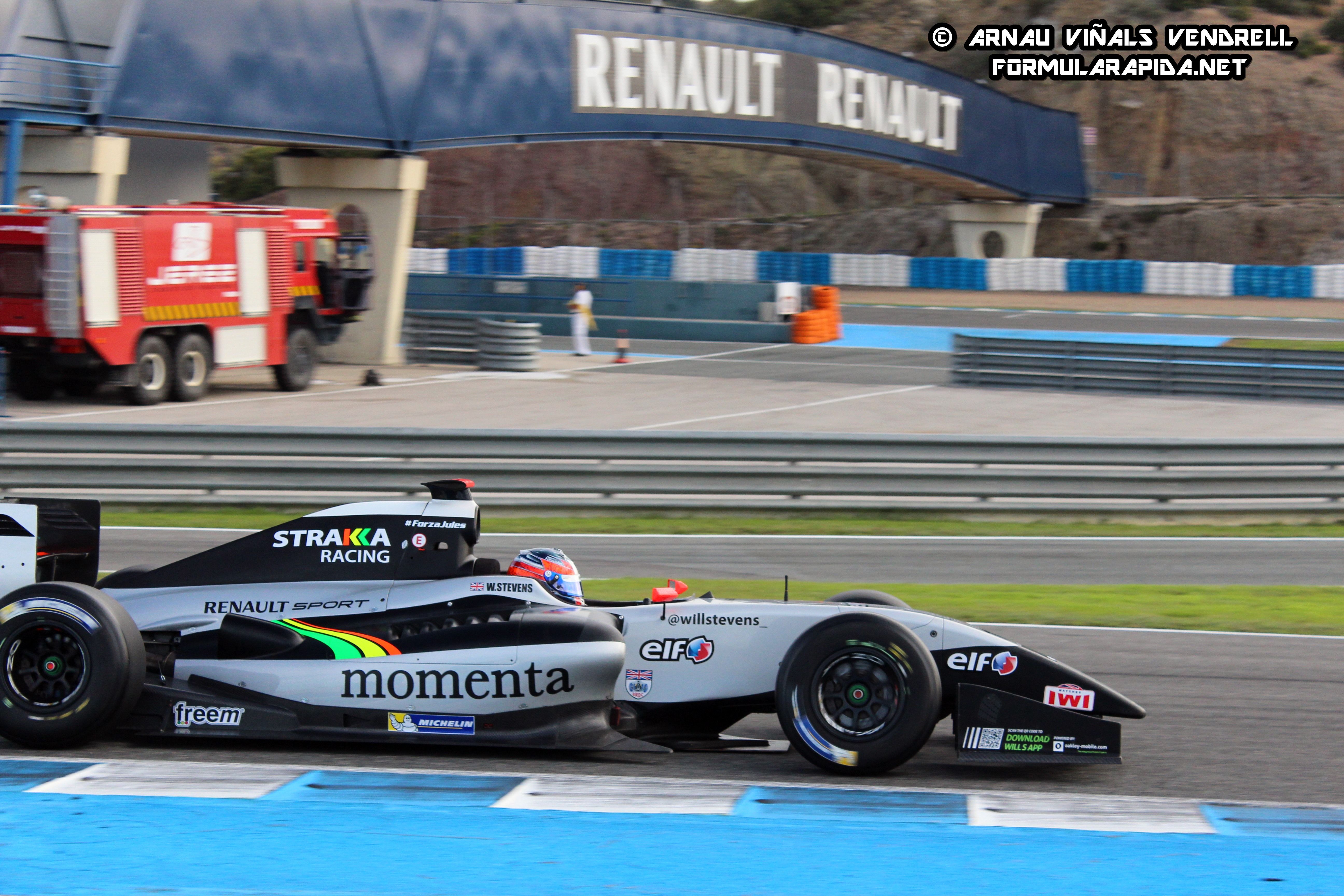 Will Stevens and Strakka Racing obtained first pole position for this Formula Renault 3.5 round in Jerez. Rowland and Buller’s Fortec Motorsports complete TOP3 while Sainz, who might win championship in home circuit could not get anything better than fifteenth place and Merhi is tenth.

Bad qualifying session for most competitive drivers in championship. Will Stevens took position to other drivers with a good lap when three minutes were left for the session and scaped from traffic as Rowland and Buller did to grab second and third positions. Sainz will start fifteenth after a bad session and high tire degradation while his rival for the championship, Roberto Merhi, is tenth.

Drivers left the pit-lane just when it was open to warm up. Best laps then were for Fortec and Arden with Marlon Stockinger’s Lotus, who before stopping was first with a 1:28.2 lap.

Roberto Merhi, as Lotus’ driver did, would also lengthen his warm up yesterday’s drive was awful and now he could only set a time a second slower than Stockinger’s.

After five silence minutes in Jerez, Jaafar would depart when just ten were left to set a fast lap. Other drivers would follow him with new tires in order to fight for this first pole position.

Rowland was first in getting over Stockinger’s time and when just three minutes were left for the end fastest laps dance started. Red Bull drivers, affected by traffic, could not lower their times and Strakka Racing would take their positions with Stevens in first place.

British would keep the position after no one in TOP10 – except Merhi, who got P10 – improved times in last lap and some decided to get into the pits to finish the session. Direct consequence for the huge amout of traffic that some drivers suffered and how three first drivers took profit departing before than others.

Regarding to Carlos Sainz, he was not able to improve his time and will have to stay with fifteenth position. After a bad night spanish driver was not able to give everything the same day he is able to win championship. Roberto Merhi, only with possibilities to took the title off from Red Bull driver, qualified five positions in front of him although the target seems complicated.

What this session might mean is the same that happened in 2.0 Eurocup; degradation is really high and seems like teams did not expect it that high. We will see how this affects to race strategies when the sun is higher and temperature hotter.