Andrea Stella speaks on Lando Norris’ growth in three F1 seasons as he and Zak Brown add on Daniel Ricciardo’s improvements in 2021.

For McLaren, it was another strong season from their drivers. This year of course, Norris was joined by the popular Australian Ricciardo. For the Brit, his stock is rising sharply and he enjoyed his best season by far to date. On the podium four times this season plus his first ever pole position and almost a debut win in Russia which was not to be.

However, victories should be the next target for definite for Norris. Overall, there were improvements everywhere for the young Brit, his speed, qualifying and general race craft improved throughout the season and he was one of the most consistent performers, particularly in the early part of the season.

Executive Director Stella expanded on how he saw Norris growing in his third year with McLaren and improvements he made. “I think Lando in his third year of Formula 1, has developed in terms of, first of all, pure speed,” he said to media including FormulaRapida.net. “I am confident to say that in terms of pure speed, he is one of the strongest drivers on the grid and I think this is true in all conditions.

“It is enough to think some of the performances in the wet and also the pole position he scored in Russia was in transitional tarmac conditions. In Q3 we shifted from intermediate to soft compound. With Lando, we also worked on improving the racecraft, so the capacity to score points, and I think this is in a way proven by the results. Where I see the opportunity with Lando is on consolidating these very high standards that he has achieved in every single session, so we want more consistency of deploying this level of top performance,” summed up Stella.

For Norris, the only way now is up. Riccardo, meanwhile, joined from Alpine this season and with respect endured a tough baptism of fire in the opening part of the season. The Australian was significantly outperformed early on by the Brit as he found adapting to the McLaren harder than expected but he toughed it out and the results started to follow for him plus he achieved McLaren’s first win since 2012.

So all in all it ended well for the popular Aussie. From Stella, he praised the work ethic of Ricciardo and noted of the improvements he did make throughout the season. “On Daniel front, I think the progress through the season has been a tangible one, even if we look at Saudi, and I want to say that because this may have been a low piece of information, but actually he was very quick in qualifying,” he started.

“You might remember in Q1, he was P3 and Q2 there was actually damage on the car from the kerb which took Daniel out of contention. Otherwise, I think his performance in qualifying would have been a very strong throughout, even in Q3. We know that there is more to come with Daniel. In a way, we have a sort of development plan still and I am looking forward to being able to see what we will be able to do next year with Daniel.

“I am very optimistic from this point of view, and let me just say that working with him is a real pleasure. I think he creates a really nice atmosphere in the team, which is a good foundation for the technical and driving development,” summed up Stella as McLaren Racing chief Zak Brown gave a thumbs up to Ricciardo as well.

“The best quality is that he’s a great teammate not just to Lando but to everyone in the garage he’s very honest he’s a pleasure to have in the garage,” said Brown to media including FormulaRapida.net. “He’s had his challenges to adapt to our car, I think in Monza he showed what he’s capable of, that was a dominating performance and then he’s had some struggles.

“So, I think we look back at his time at Renault, it took him a little bit of time to kind of get up to speed I think being up against Lando, who I think is as fast as anyone in Formula 1, that means you always have a teammate who use the absolute limit of the racecar and we’ve seen a different Daniel in the second part of the season.

“He is up to speed and feels much more comfortable in the car. So, I am excited to see 2022 and it’s a fresh start for everyone,” summed up Brown, echoing what Stella stated. Overall, despite McLaren dropping to 4th in the Constructors Championship, the battle they had with Ferrari was one to savour.

McLaren’s target now is to take the fight to Ferrari, Mercedes and Red Bull in 2022.  They have the drivers in place and are coming to the boil just right and 2022 is about building on what they achieved in the season just finished.

Here’s Honda on what went wrong with McLaren

Here’s Pato O’Ward about getting into F1, straight from IndyCar

Here’s McLaren on not seeing any spicy Mercedes engine 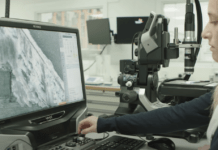 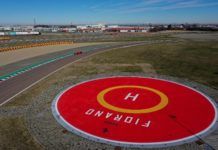 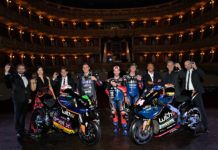 Wolff: In-house 2016 fight was more intense but 2021 had other challenges