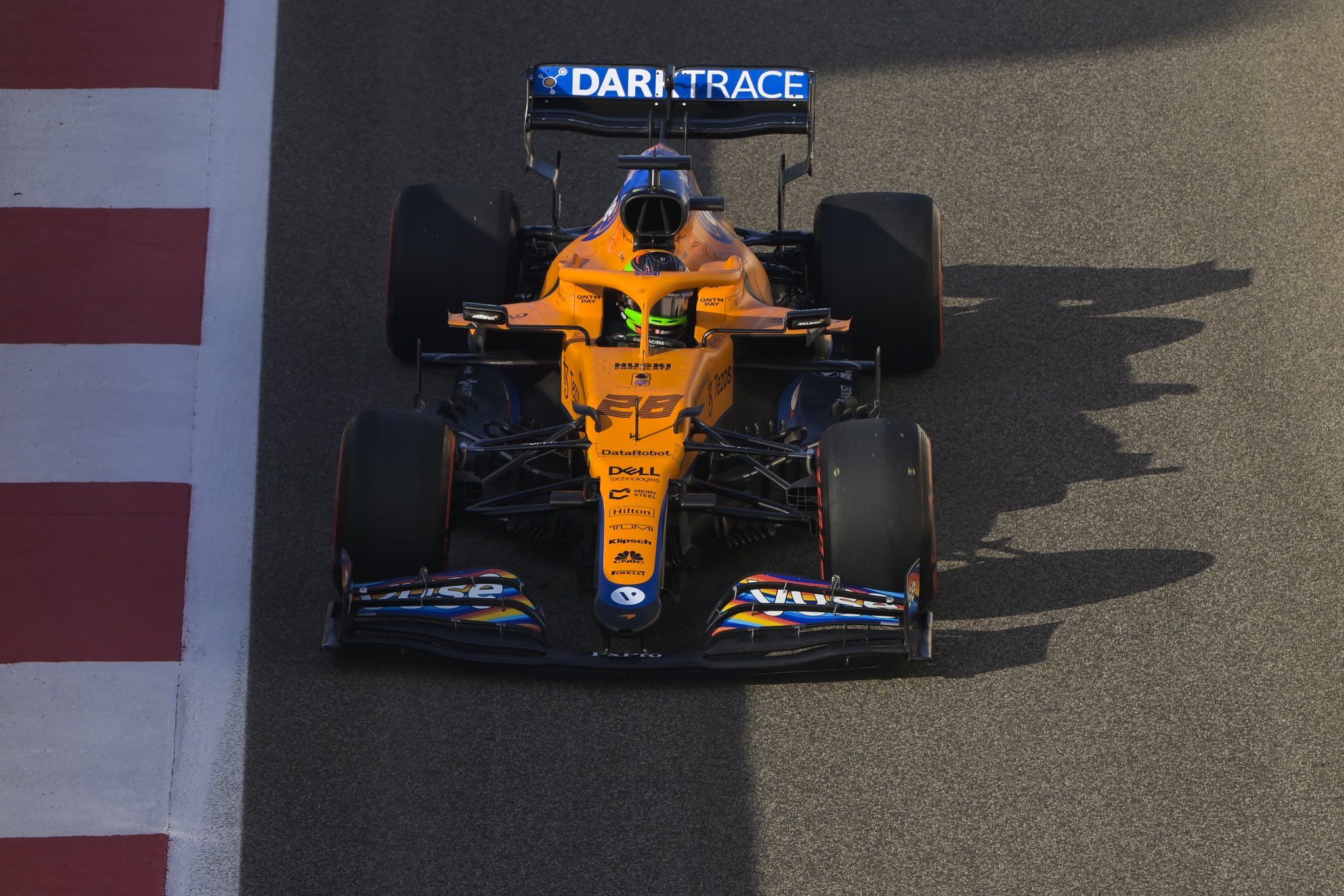 Pato O’Ward who drives for the McLaren IndyCar team, was recently rewarded with a drive in an F1 car during the Abu Dhabi test after recording two race wins during the 2021 season.

In a deal with McLaren CEO Zak Brown, O’Ward would be given the opportunity to get behind the McLaren F1 car if he won a race in his season. He did so twice and the American stuck to his word and the Mexican got his wish.

Naturally, he was pretty elated with the drive and couldn’t hide his excitement after the drive. “I am in a loss of words,” answered O’Ward to FormulaRapida.net after the test. “The experience and well first of all the opportunity is rare, once in a lifetime but wow like wow these cars are ridiculous like I said I was expecting crazy and insane and this is crazy and insane times 10.

“The capabilities of what these cars are capable of is I don’t know how I like I thought the IndyCar car was fast and my eyes I mean it was just crazy I don’t know what else to say. Just the first lap as soon as I went out I felt the power and the grip the braking.

“I mean the thing does whatever you want it to do, it’s when you take it to the limit then it’s when it might not be doing certain things that you want it to do a bit better, but whenever you start tweaking it here and there you know there’s so many things to be moving around and you can feel that help you kind of get a better balance than what you currently have or whatever but man like wow, insane, what a great experience and just what a car,” summed up O’Ward.

Safe to say the O’Ward was very fond of the experience, and this is just the tip of the iceberg of all the positive things he said to say about his day behind the wheel of the McLaren F1 car. We don’t see many IndyCar drivers make the switch to F1, it usually occurs the other way round if drivers end up losing their seat at the pinnacle of motorsport, F1.

We saw Romain Grosjean do this at the end of 2020 and it’s been a success for the Frenchman. But how does O’Ward rate his chances of getting a Formula 1 seat one day and would he switch career paths to facilitate such a move? “You know I’m very happy where I am at right now in IndyCar,” he said.

“I’m going to be an IndyCar driver in 2022 with McLaren. If I can make a move over here it’s gonna be straight from Indycar. I don’t plan to go to any other junior F2 or F3. I’ve driven the F2, and I don’t have many good things to say about it to be honest.” A few years back O’Ward drove an F2 car but wasn’t as fond of the experience as he was in Abu Dhabi recently, so moving to those junior categories is out of the question.

“Yeah, it’s just so ridiculous,” continued O’Ward. “So yeah, it’ll be a move straight from IndyCar and to be honest with you I don’t think I would have an issue with it, I ended up very at home with just feeling everything out and I think the team can speak to that and they see a lot more of the analysis and everything. But from a driver standpoint, you know for sure that was more pace and, but I bet I could extract more as I get to know the car more. But in terms of getting to a very good baseline I’m very happy.”

O’Ward felt very happy with the test and its given him confidence that he could cut it in the category in future. He seemed to dial into the car very well and really understood what was required of him. Given its so early into his Formula 1 adventure and he already feels this way, his scope for improvement will naturally be very large so it’s something for McLaren and any other teams to consider.

With the F1 driver market being so competitive, it’ll be very hard for him to find a seat in future. But from a marketing standpoint it could be great, a driver coming from IndyCar to F1. With America’s bigger influence on F1 now, O’Ward could be the first man to do so and will be sure to bring plenty of sponsorship with him and in this sport, we all know how important that is.

It was a great day for O’Ward, McLaren and IndyCar as the two categories crossed over and the Mexican dialled in well and thoroughly enjoyed the experience. This could give other IndyCar drivers the believe and confidence to try their luck in an F1 car and it could establish itself as another pathway to F1 along with feeder series F2.

O’Ward will be with McLaren in IndyCar next year and will be looking to build on 2021, as for his F1 future, anything could happen. There are no plans for further testing too at the moment. “Right now this is it, this is all that is planned right now but I told Zak you’re going to spoil me I’m going to be in annoying you after that test time feeling and yeah I didn’t prove myself wrong yeah,” he said.

“Yeah. I mean I didn’t want the test day to end to be honest. It’s just unbelievable and it’s such it’s just amazing and and also all racing drivers want to feel it’s just go as fast as you can, brake as late as you can, you want to feel everything and this car gives you that. Obviously, I didn’t know the car so for me it’s just like oh my god probably once you get into a rhythm and it a lot more the two, three, four year drivers for sure find a lot more grip which is understandable but yeah these things bend the laws of physics it’s just absurd, absurd what they’re able to do,” summed up O’Ward.

Here’s McLaren on not seeing any spicy Mercedes engine