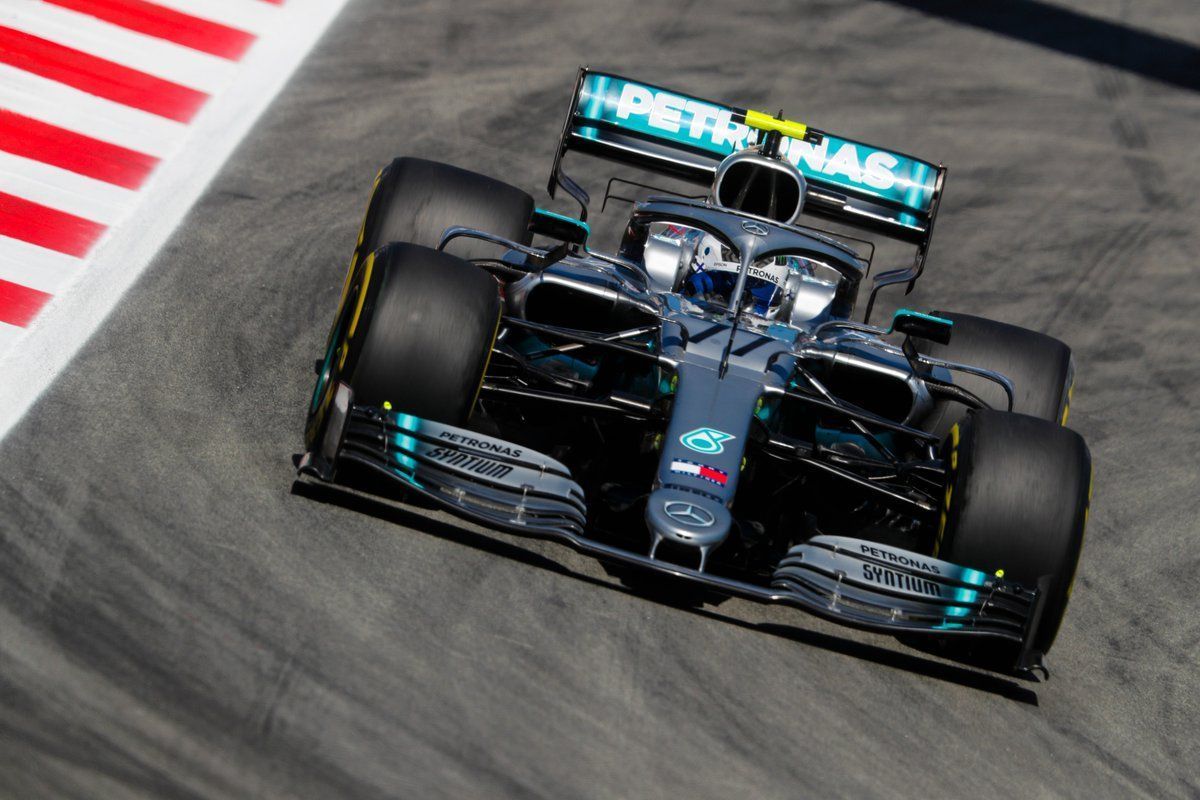 Valtteri Bottas continued his top form in the second practice session of F1 Spanish GP in a Mercedes 1-2 with Lewis Hamilton in second and Ferrari’s Charles Leclerc third.

It was a fairly sedate FP2 session at Circuit de Catalunya in Barcelona as Bottas continued his top form in F1 Spanish GP weekend to end the quickest after his best of 1m17.284s. He was only 0.049s ahead of Hamilton (1m17.333s) though.

But crucially, both the Mercedes drivers finished ahead of Ferrari with Leclerc (1m17.585s) leading teammate Sebastian Vettel (1m17.683s) in the Top 4. Mercedes, meanwhile, managed to fix the oil leak on Bottas car between FP1 and FP2.

Even though Hamilton finished second, the British had some scrappy moments which included a big off at Turn 13. The Ferrari drivers had some moments too with Vettel going off at Turn 12, while Leclerc held up Haas’ Kevin Magnussen at Turn 9.

Gasly couldn’t get on terms with Verstappen as the Frenchman too had moments where his quick lap was slightly hindered. Meanwhile, the Top 10 was rounded out by McLaren’s Carlos Sainz (1m18.568s) and Toro Rosso’s Daniil Kvyat (1m18.722s).

The Russian almost had a crash when he went off at Turn 1. Another driver to have a moment was Alfa Romeo Racing’s Kimi Raikkonen (1m18.727s) in 11th with Toro Rosso’s Alexander Albon (1m18.779s) slotting in 12th.

The Polish driver had a spin early in the session in the final corner, where he almost it the pit entry barrier. Meanwhile, towards the end of the session, Hamilton complained of a torque issue which the team said they were checking into.