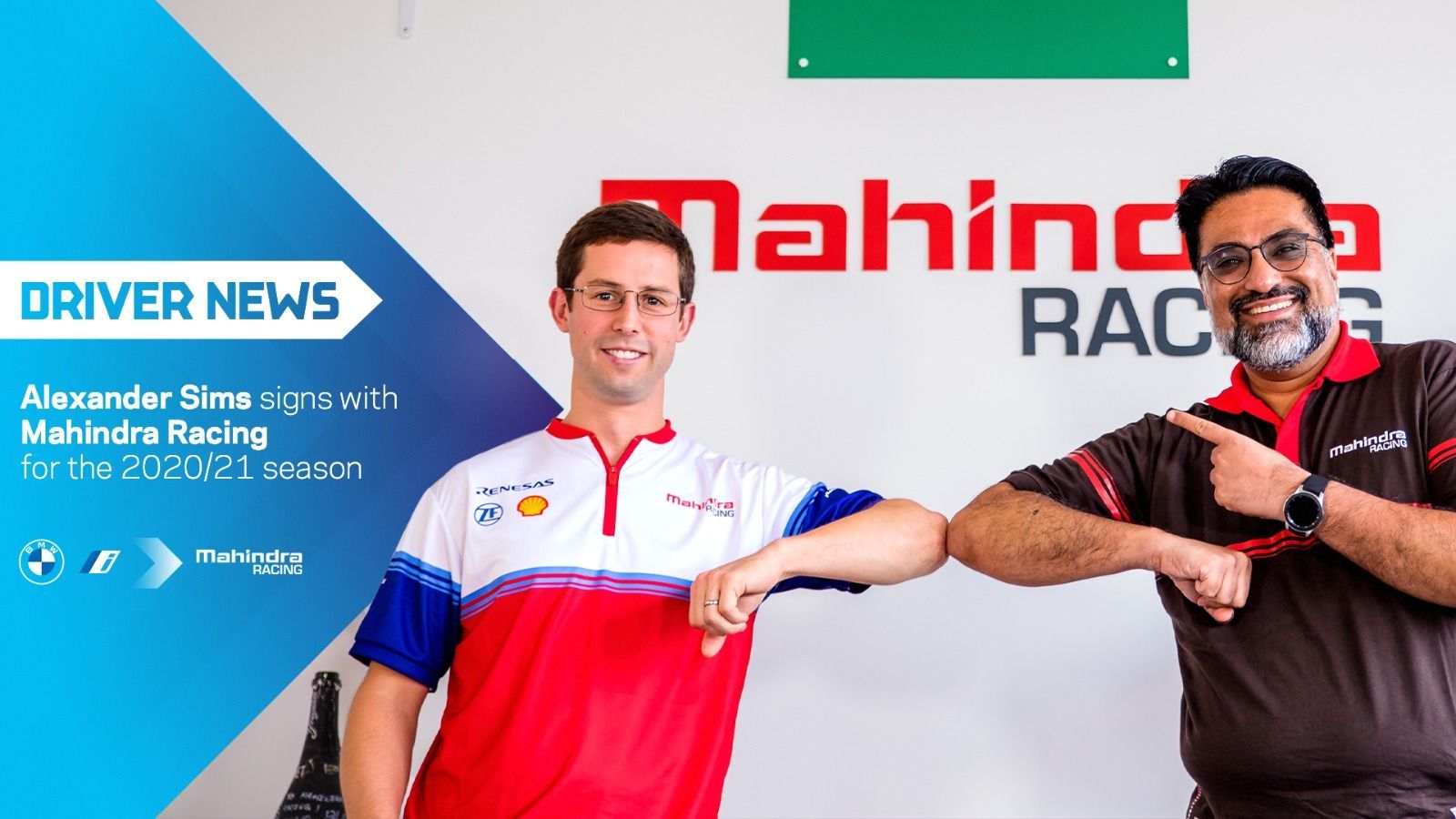 Alexander Sims has left BMW Andretti for Mahindra Racing ahead of the 2020/21 FIA Formula E Championship as FIA World Rally Championship (WRC) replaces Japan with Belgium to be the 2020 finale.

Mahindra were surprised just ahead of the Berlin Formula E finale when Pascal Wehrlein left the team without even completing the 2019/20 season. They had to replace him with Alex Lynn alongside Jerome D’Ambrosio as they ended up ninth in the standings.

With all eyes now on the 2020/21 Formula E season, Mahindra announced the signing of experience campaigner Sims as a replacement for D’Ambrosio, with the Brit leaving BMW Andretti, who have retained the services of Maximilian Gunther.

“I’m delighted to be joining Mahindra Racing and continuing my Formula E journey,” said Sims. “It is an exciting opportunity to bring on the team’s package and challenge for strong results. “Promoting sustainability and electric mobility is important to me personally and competing in Formula E provides a strong, innovative and forward-looking platform to raise awareness.

“I want to thank BMW i Andretti Motorsport for all its support during the past two seasons and wish the team well for the future. It’s been a huge learning curve coming into Formula E. It’s such a different discipline in motorsport and brings with it great new challenges. I’m excited to continue developing and to use my knowledge to support Mahindra Racing in the upcoming season.”

Team principal Dilbagh Gill added: “I’m thrilled on behalf of the whole team to welcome Alexander. I’m extremely excited about working with him and the prospect of what we can achieve together is motivating.

“In Alexander we have a proven racing talent plus someone that embodies what Mahindra Racing stands for with his personal principles in the areas of electrification and sustainability. He is an intellectual driver, a very nice guy and a team player.

“I would like to pay tribute to Jerome, who leaves us after two years with the team. We have had some great moments together and I wish him all the very best as he moves on to new endeavours. He is a class act and I look forward to seeing what he does next.

“I’m enthused about what season seven will bring and look forward to announcing Alexander’s team-mate in due course.” As Gill mentioned, Mahindra will announce its second Formula E driver in due course, which is same for BMW Andretti too.

In other news, WRC announced the cancellation of Rally Japan in 2020 due to the COVID-19 restrictions as the season-finale on November 19-22 is being replaced by the addition of Rally Ypres in Belgium to make it an all-European end with Turkey as well.

“For many years Ypres was a hugely popular cornerstone of the FIA European Rally Championship. Its elevation to the WRC will provide one of the sternest challenges of the year for competitors and a fitting finale to the 2020 season,” said WRC’s Simon Larkin.

“Its tricky mix of narrow asphalt lanes and big ditches lining the roads, allied with some stages in the dark and the potential for mixed weather, will provide plenty of thrills and spills for fans.” At the same time FIA Rally Director Yves Matton said:

“We’re very disappointed Rally Japan will not happen this year due to the pandemic, in particular given all the hard work undertaken by the Japanese authorities, the Japanese Automobile Federation and the organising team. I thank them for that.

“Belgium has a great tradition and passion for rally, evidenced by the number of Belgians in various roles – drivers, mechanics, team principal, journalists – in the WRC. The route will showcase the DNA of the rally as it crosses the country by linking Ypres to Spa-Francorchamps, two iconic venues of Belgian motorsport.”

“It’s a tremendous honour because as an organiser you always want to reach the highest level,” said Ypres’ Jan Huyghe. “Ypres Rally has a cast-iron reputation in terms of organisation and safety and the city of Ypres has had the rally in its genes for 56 years.

“Rally is integral to the region and we receive a lot of support and facilities from the city to organise our rally in a unique historical context.” The asphalt course is more or less set with the Power Stage to take place at the Spa-Francorchamps circuit’s Eau Rouge/Raidillon section.

Here’s last from WRC on calendar