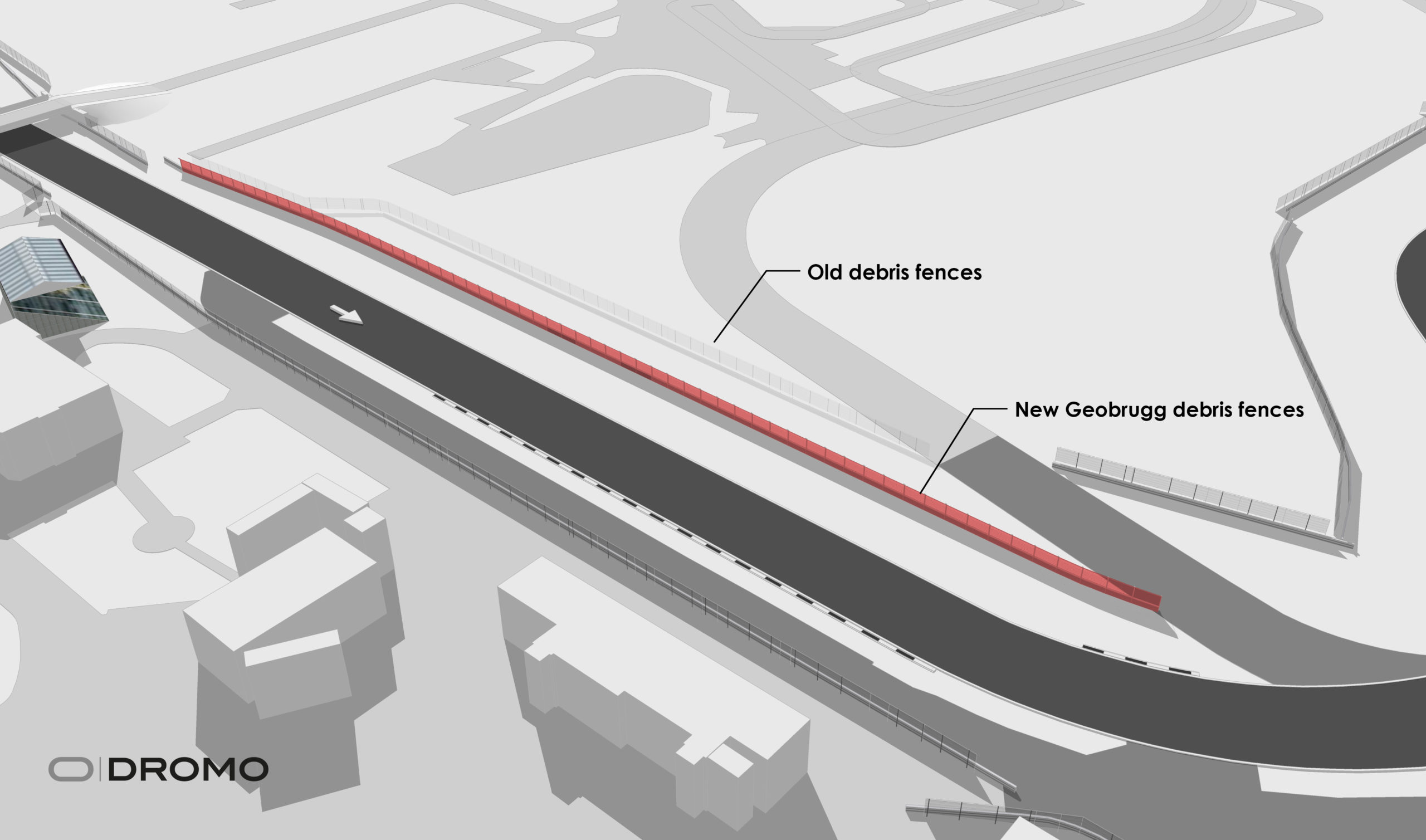 Silverstone is undergoing fencing work using Geobrugg to bring fans closer to action for the F1 and MotoGP races that they host.

The work is taking place at the high-speed section at Wellington Straight. Geobrugg is using its mobile debris fence system where fans will be seated 15m closer to the Silverstone track. The total length is of 248m involving other corners too.

The fencing covers the Wellington Straight along with Brooklands before stopping at Luffield. Dromo Design has tagged along with Geobrugg to work at Silverstone keeping in mind the safety of everyone, with the work to complete before the 2023 season start.

“It’s a fully homologated system with the FIA and FIM,” said Silverstone circuit manager Lee Howkins. With the speed of the straight and the new safety aspects of Formula 1, it was the right time to move to the Geobrugg system. We want to make sure we’re giving the fans the best experience and the best views.”

At the same time Dromo’s Jarno Zaffelli, stated: “We decided to use this system, not only because it’s FIA approved but because it’s very easy to install and if we have to move it slightly or adjust something, we can. It was a no brainer.”

And finally Geobrugg’s Jochen Braunwarth, added: “We’re excited to be part of the redevelopment plans at Silverstone. By bringing in our mobile debris fences, we can safely give spectators at the Wellington Straight a fantastic view of the track.”