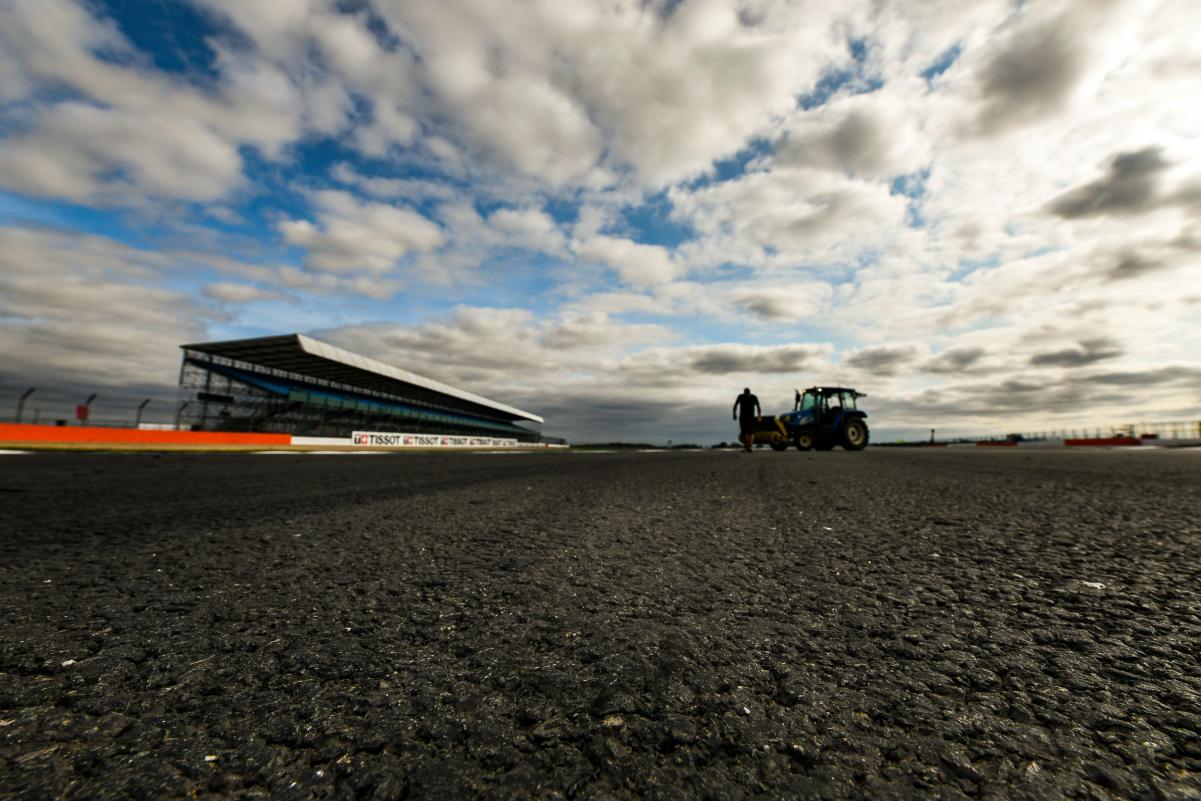 Silverstone will continue hosting the British MotoGP race until the 2021 season with another full re-surface of the circuit confirmed.

Following last year’s MotoGP event which was eventually cancelled due to poor weather conditions, the talks around another re-surface were thrown open, especially due to the earlier re-surface which probably affected the drainage.

Silverstone’s managing director Stuart Pringle told media at that time that there will be another full re-surface before the 2019 F1 and MotoGP race weekends. The re-surface now has been officially confirmed by the circuit and it is happening next month.

The track surface has been a hot topic for both MotoGP and F1 factions, where either parties are not so happy with the bumps at certain section. While other circuits which hosts both the races face issues as well but not so much as Silverstone so far.

The current re-surface is hoped to solve the issues for both the big-ticket championship races. Meanwhile, Silverstone also signed a contract extension by one year to host the British GP race until the 2021 season.

In 2017, it already signed a contract for three years until 2020 and now they have an extension by one year confirmed. The news comes when the F1 contract beyond 2019 is still up in the air with the circuit yet to confirm signing a deal.

“Getting to this point has involved a lot of work by the staff at Silverstone but throughout it all we have been completely focused on making sure we make the right decisions to guarantee the future of our most important events with F1 and MotoGP,” said Pringle.

“We have a globally-renowned company working on the surfacing of the track and we have one of the most respected circuit designers in Jarno Zaffelli working as an expert advisor to Silverstone during the works.

“The extension to the MotoGP contract is excellent news for all of us at Silverstone and allows us to plan long-term for the future development of MotoGP, and all two-wheel action, at our circuit. We look forward to making the MotoGP weekend the best motorcycling event in the UK biking calendar.”

Tramac’s MD Paul Fleetham said: “We are exceptionally proud to be working with the team at Silverstone to resurface the iconic British race circuit. It demonstrates both the quality of our people and our first class track record in delivering high-profile, nationally significant schemes.

“We’ve assembled a highly skilled team of professionals from across the country who will be working with pioneering innovations in automated construction to deliver the project to the highest possible standard. We look forward to getting underway.”

Meanwhile, MotoGP CEO Carmelo Ezpeleta added: “The extension to the contract at Silverstone is a mark of the confidence we have in the circuit to host a successful MotoGP event over the next three years. Silverstone is one of the most historic of all the MotoGP venues and we have been working closely with Silverstone to ensure the race has a successful future.

“We will be assisting with any changes that need to be made regarding the track surface after the events of the 2018 MotoGP. We look forward to continuing to work with Silverstone in what will be the highlight of the motorcycle racing calendar in the UK.”