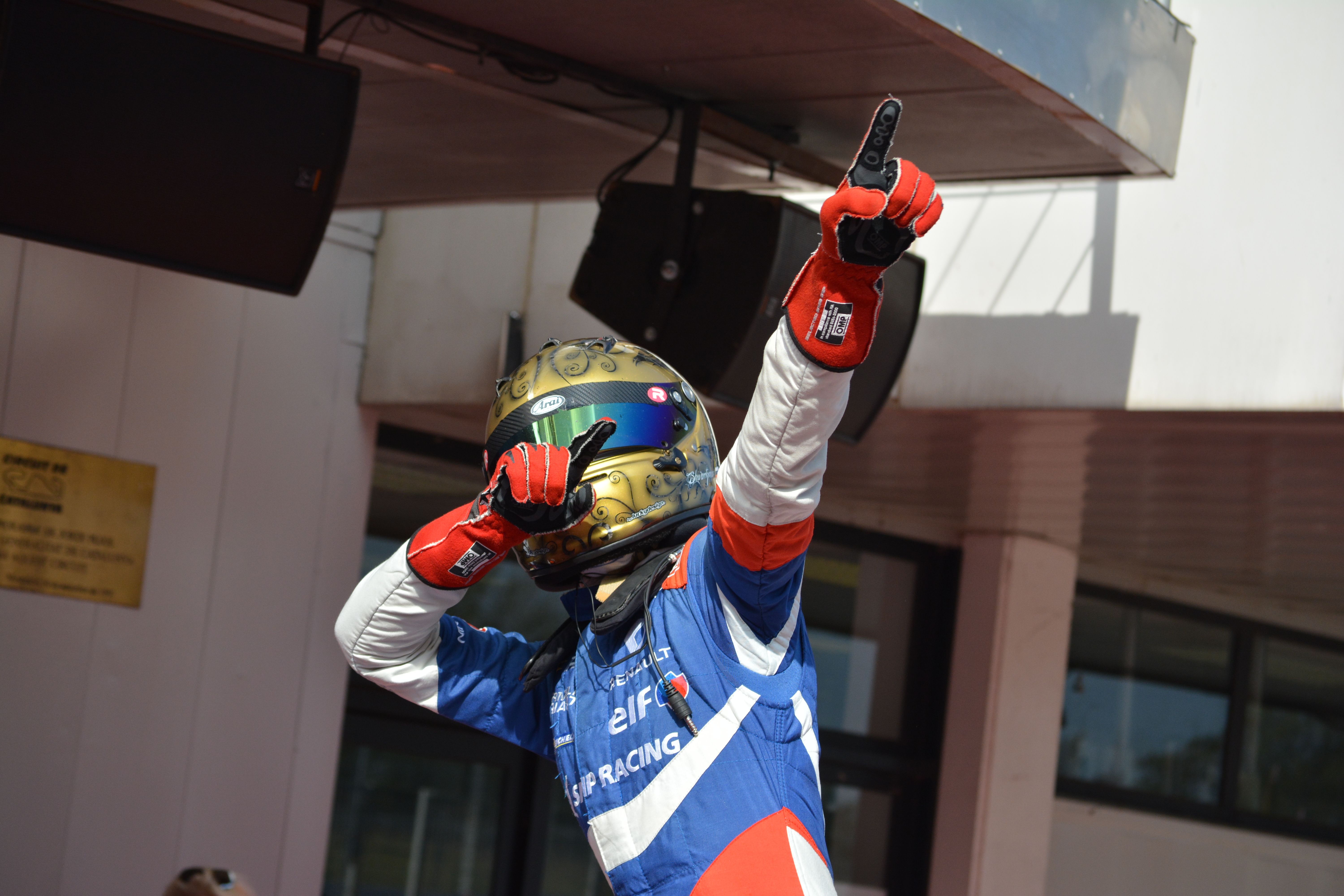 Robert Shwartzman has taken his fifth victory of the season in Eurocup Formula Renault 2.0 Race 1 of season finale at Barcelona-Catalunya circuit. The Russian led a one-two for R-ace GP with title contender, Will Palmer. Gabriel Aubry completes podium positions.

BARCELONA-CATALUNYA CIRCUIT | The first of the last three races of the season has started with polemic actions. It was an astonishing win by R-ace GP driver, Robert Shwartzman who lead the whole race in front of teammate, Will Palmer. But the fact that the Briton is still fighting for the title contention and didn’t received help from his team mate, created some tension between both driver afterwards.

An impressive performance as well from British F4 graduate, Logan Sargeant (R-ace GP) who finished in 8th position followed by teammates Charles Milesi and Raul Guzman who made an impressive comeback from 17th place.

With 2 races remaining, Fenestraz have 46.5 points lead over Palmer.