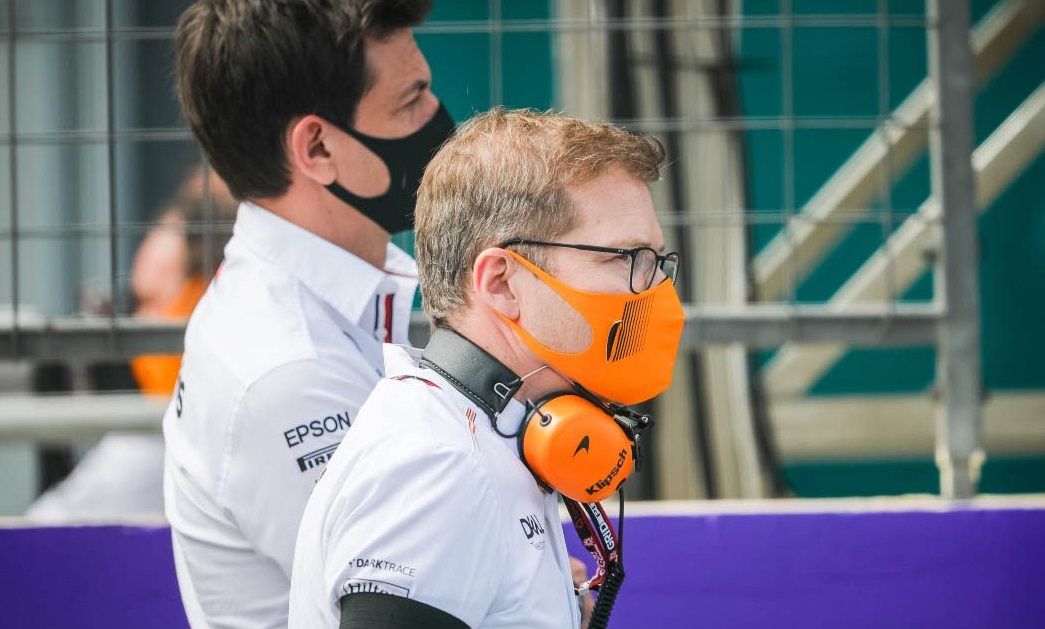 The whole of 2021 F1 season saw FOM play out direct radio messages between teams and the FIA Race Director Michael Masi. While most had team manager speaking to him as is the norm, but certain races saw team bosses get into the act as well.

The most notable were Mercedes’ Toto Wolff and Red Bull’s Christian Horner despite having Ron Meadows and Jonathan Wheatley for the job. The season finale made it worse when both the team bosses put out their words in the ears of Masi.

It generated lot of controversy as well which is why from 2022 onward, F1 could do away with team bosses speaking to the Race Director. They could even stop playing audio of the chat between the team manager and the Race Director.

McLaren team principal Seidl is fine with the idea as he reckons the recent discussion popped up since the radio messages is now being played on TV to add an extra element on the broadcast. These were always recorded before but never played out to the audience.

“I think the only reason why it is a debate now is because it gets transmitted,” said Seidl to media including FormulaRapida.net. “Before, you didn’t hear that stuff. That’s a big difference. To be honest, from my point of view, I was never a fan to broadcast this communication because there’s also things going back and forward regarding safety, etc, which I don’t think necessarily should always be broadcast.

“But it’s my opinion on it. I don’t think that the communication principle has changed, I would say in terms of what’s going backwards and forwards it’s even more control than in the past because everyone knows it gets broke,” summed up Seidl.

While the German talked about the broadcast side, Wolff was more about stopping team bosses to speak directly to Race Director. “I agree with Ross,” he started. “But I equally blame Ross and myself because we have been part of the decision making to broadcast more of the channels for the purpose of transparency and entertainment for the fans.

“There is so much going on on the intercom that giving fans a little bit of an overview of all the little dramas that happen, like is the car breaking down, are we having some kind of strategy discussions, was meant well. But I think we overshot. I need to take myself by the nose, and Christian.

“We were given the opportunity to talk to the race director directly, and because we fight so fiercely for the interests of our teams all of us overstepped. It certainly was part of the failures this year that under pressure from the team principals also the race director’s life wasn’t made easier, certainly. We need to come back.