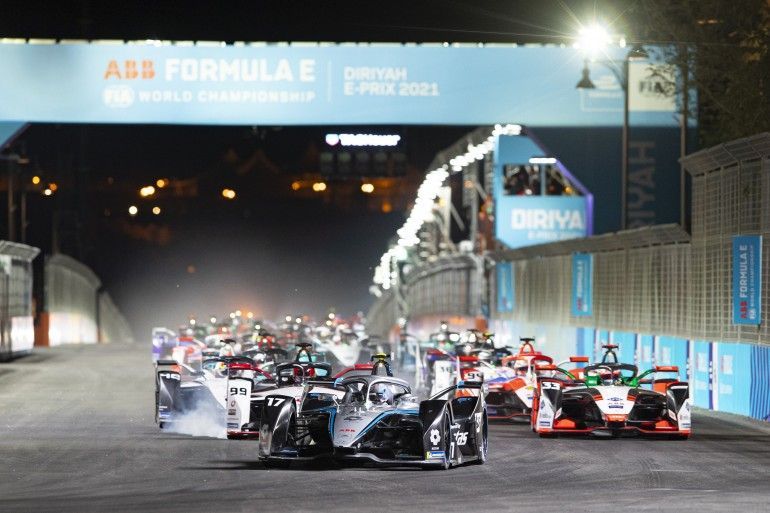 State and international media report that Saudi Arabia intercepted a missile from a Yemen militia nearby the site of Saturday’s Formula E race.

The reports, coming from sources such as Reuters, ABC, and Bloomberg, among others, state that the ballistic missile was launched by Yemen’s Houthi militia on Saturday, before being intercepted and destroyed by a “Saudi [Arabian]-led coalition.”

The missile was launched at the middle-eastern country’s capital of Riyadh, according to the reports, and was intercepted nearby to the neighboring city of Diriyah, where Formula E was holding its crash-shortened second race of the season-opening double-header. It remains unclear how close to Formula E’s event the missile was thwarted.

Three further weaponized drones were also discovered, these believed to be aiming for Saudi Arabia’s southern province, Jazan. According to ABC, a fourth drone was said to be heading for a Southwestern city. None of the attacks have been successful, say the aforementioned reports.

The Formula E paddock remained out of harm’s way during the attack, the race not believed to have been the target of the missiles despite the Saudi Arabian Crown Prince Mohammed bin Salman bin Abdulaziz Al Saud presence at the night race, which saw Jaguar’s Sam Bird emerge victorious after a red flag for a crash in which Mahindra’s Alex Lynn was rolled upside-down – the British racer was discharged from hospital after visit.

After Saturday’s troubling events, the status of Formula 1’s planned race in Jeddah, Saudi Arabia – due to take place in fall – has been called into question. Neither the FIA, nor F1 have yet commented on the matter, but with the Jeddah race planned for December 5, it is possible the race could go unaffected, especially with the sporting bodies’ intention to make it a 10 years plus event.