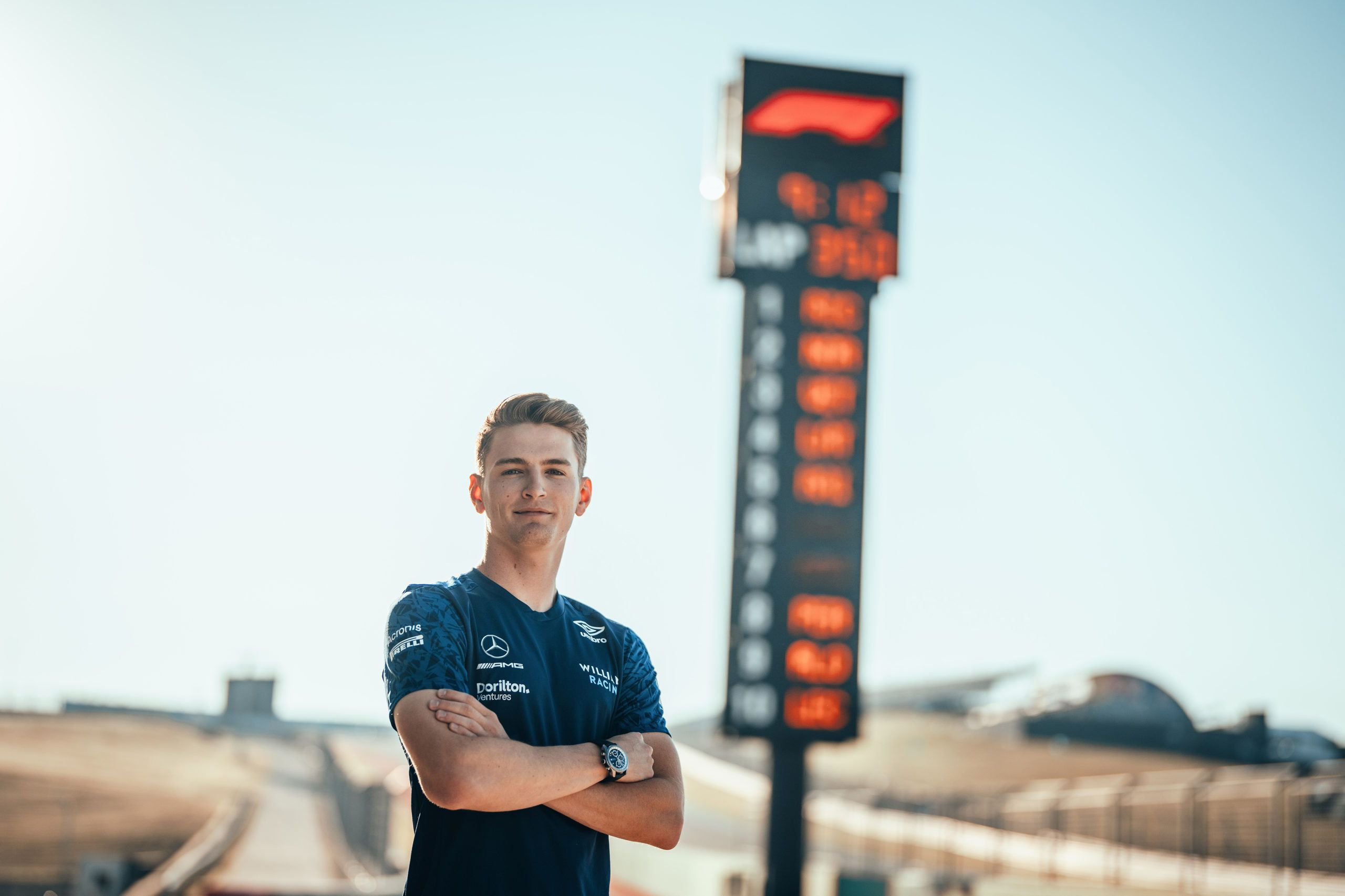 Logan Sargeant has joined the Williams F1 driver academy in a long-term agreement, with the US GP being his first race in his new colours.

Having decided to revamp its driver academny, Williams announced the signing of F3 racer Sargeant ahead of this weekend’s US GP. In fact, the American is attending his first grand prix in his new colours at the Circuit of the Americas.

Having competed for the title in F3 with Prema in 2020, Sargeant faced some financial difficulties and almost missed the 2021 season until a late call from Charouz Racing. The American did a good job for the Czech team, who were not at the front of the field.

He was destined to test for AJ Foyt Racing in IndyCar, but the team announced its cancellation on Thursday, with Williams then announcing Sargeant as part of their set-up on Friday. He has a long-term agreement, but the details of those is not shared.

As part of the team, he will not only be on-site for selected events, but also help Williams in the simulator. “I am delighted to be joining the Williams Racing Driver Academy,” said Sargeant. “It’s a team with not only a fantastic history, but a great track record of bringing young talent into Formula One. I am really excited to begin working with the team and can’t wait to hit the ground running.”

At the same time, Jost Capito, added: “I am incredibly pleased to welcome Logan Sargeant to the Williams Racing Driver Academy. He’s demonstrated his talent in FIA Formula 3, consistently delivering strong results in an extremely competitive field. I’m proud that Williams will play a part in supporting the progression and growth of another talented young driver.”