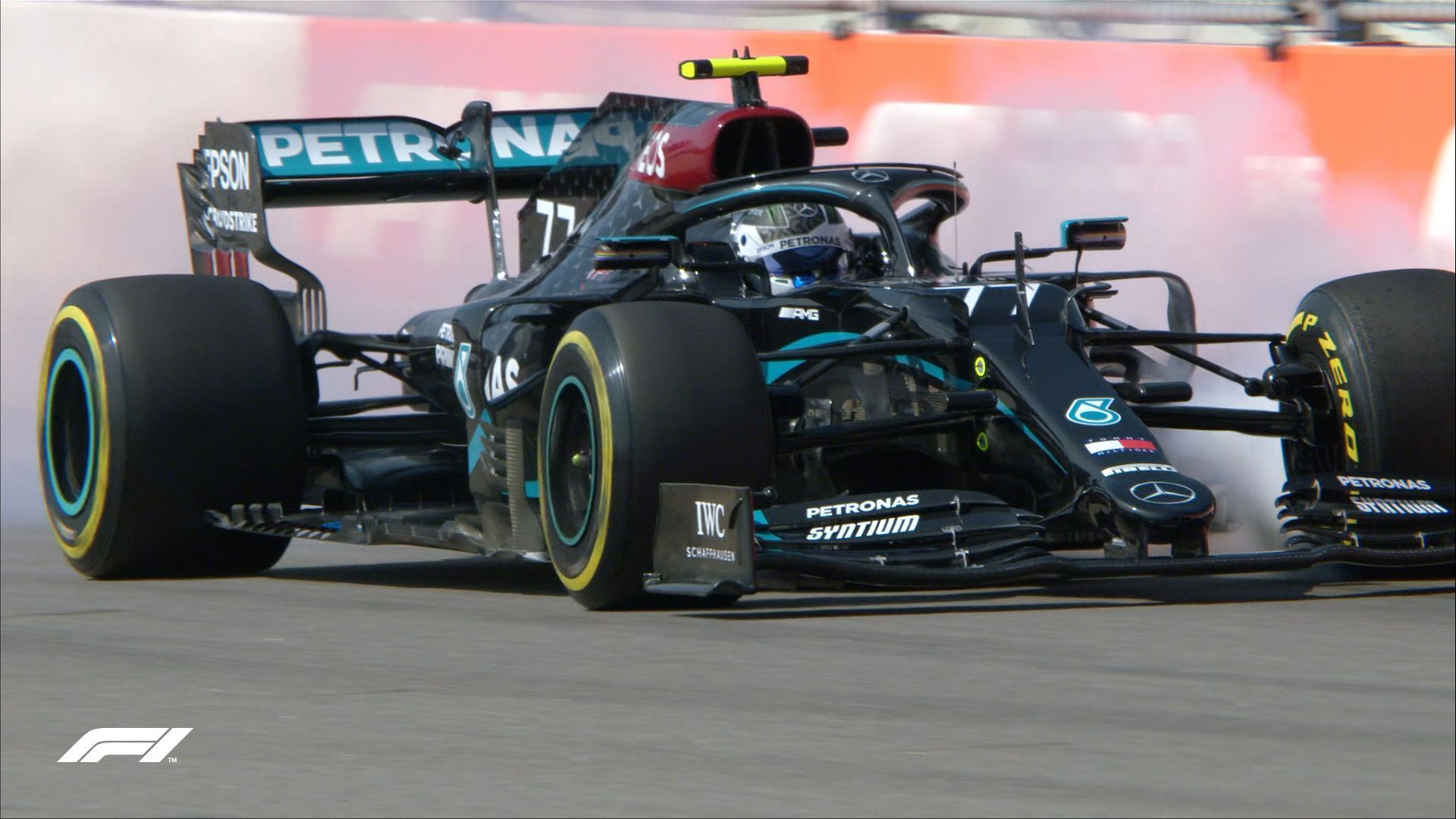 It wasn’t the cleanest of F1 Russian GP FP1 session at Sochi which not only had yellow flag hindrance but also a Virtual Safety Car period and even a red flag. Multiple drivers had spins and offs too, along with massive lock-ups to destroy their tyres.

Even the pace-setter Mercedes’ Bottas had a lock-up but managed to set a 1m34.923s to be over half a second quicker than Renault’s Ricciardo (1m35.430s) and Red Bull’s Verstappen (1m35.577s) – the latter having a new Honda power unit.

Racing Point’s Sergio Perez (1m35.796s) slotted in fourth with no upgrades on his car apart from the rear suspension, as he led Lance Stroll (1m35.965s), who had everything on his machine despite the Mugello crash – as he stood ahead in the standings.

Renault’s Esteban Ocon (1m36.061s) slotted in sixth ahead of AlphaTauri’s Daniil Kvyat (1m36.230s), who had a spin early on. The Russian spun at the same time when McLaren’s Carlos Sainz crashed into the barrier with heavy rear damage.

Among them, Kvyat, Vettel and Gasly set their best time on the medium compound as the AlphaTauri drivers also had a new Honda power unit apart from Albon, who is out of sequence. Just outside the Top 10 was Ferrari’s Charles Leclerc (1m36.896s).

The Monegasque set his best on the soft compound as despite not running much, Sainz (1m36.970s) slotted in 12th – on the medium compound – ahead of McLaren teammate Lando Norris (1m37.110s), who ran the new nose as well.

The Canadian also lost his rear in a similar fashion to Sainz and crashed onto the barrier to cause the red flag. Among them, the Frenchman set his best lap on the medium compound, while the Mercedes driver set his on the hard compound.