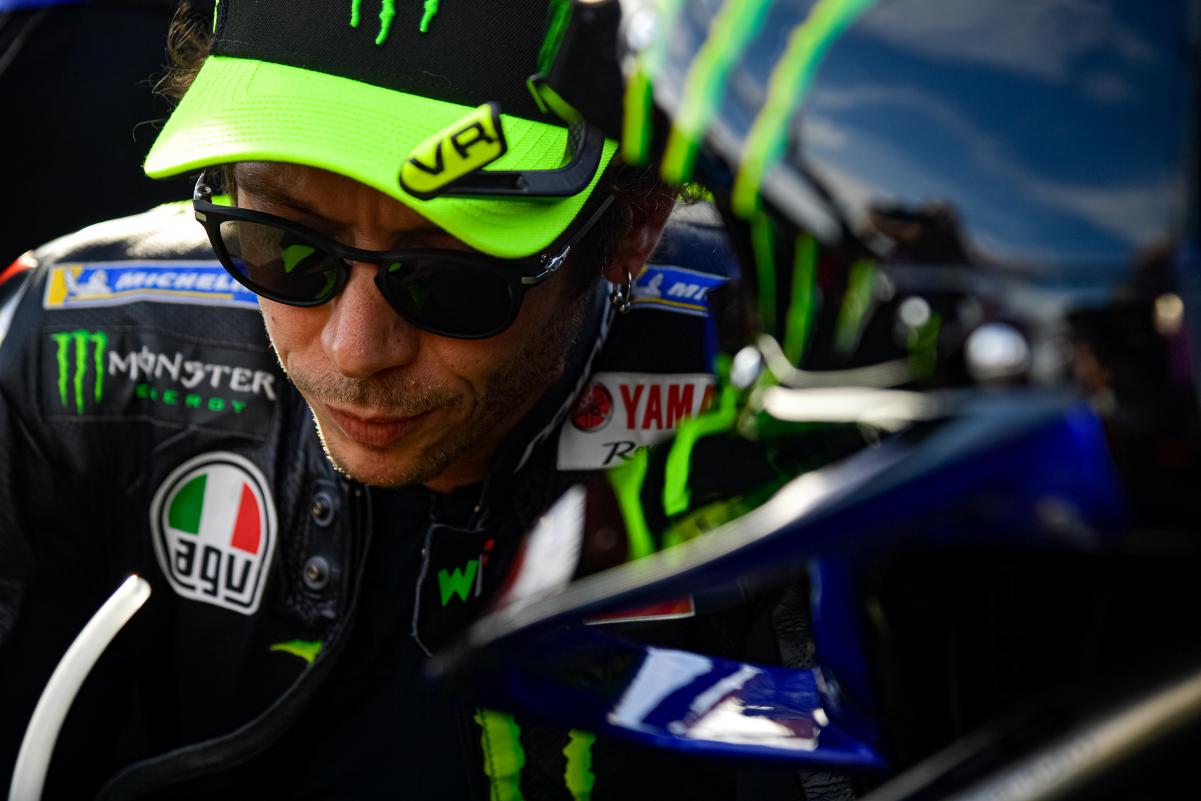 Valentino Rossi was once again in the spotlight as he tested COVID-19 positive but he received two negatives to enter the Valencia MotoGP round.

Rossi was once again in a limbo, having tested COVID-19 positive in the latest round of testing held by the FIM and MotoGP. The Yamaha rider underwent multiple tests post that, which returned negative – a relief for the Italian as he is allowed to compete in Valencia.

Only last week, Rossi was allowed back in from FP3 onward, after three COVID-19 tests, where the first was positive – likely false – while the other two were negative. He started the grand prix outside the Top 10 but mechanical issues ended his race early.

Yamaha is already in a spot of bother due to the engine valve controversy, while its satellite rider aboard the Petronas SRT, Fabio Quartararo, is losing his grip in the MotoGP title fight against Suzuki’s Joan Mir, who could clinch the championship this weekend itself.

Meanwhile, elaborating on the scare for Rossi, Yamaha stated that the test result on Tuesday returned positive with very low viral load. It was a compulsory test which he had to take since he returned home after the European GP had ended.

He tested again the next day, which returned negative, as he flew back into Valencia and isolated himself, while waiting for the third result. It returned negative as well, much to Rossi ‘s and Yamaha’s relief as he is now allowed to race this weekend.

Yamaha Motor Co., Ltd. and Monster Energy Yamaha MotoGP are delighted to confirm that Valentino Rossi will be able to take part in this weekend’s Gran Premio de la Comunitat Valenciana. Following a weakly positive PCR (Polymerase Chain Reaction) test result received on Tuesday 10th November, Valentino Rossi had to have two further PCR tests done (on Wednesday 11th and Thursday 12th November), as per FIM regulations, in order to be allowed to take part in the upcoming Valencia GP. Both follow-up tests came back negative for the Covid-19 virus, confirming Rossi’s attendance for this race weekend.

–       On Tuesday 10th November, Rossi underwent the usual PCR test, which is compulsory for those who visit their homes in between races. The result of this first test became available the next day and it was reported as “positive with very low viral load”. The doctors recommended Rossi to take two more tests, separated by 24 hours.

–       On Wednesday 11th November, Rossi took a second PCR test, of which the result came back negative this morning (Thursday 12th November).

–       This morning (Thursday 12th November), Rossi took a third PCR test at home and then travelled to Valencia, Spain, where he self-isolated while waiting for the result. It was again negative, allowing Rossi to reunite with the Monster Energy Yamaha MotoGP team and take part in this weekend’s Gran Premio de la Comunitat Valenciana.