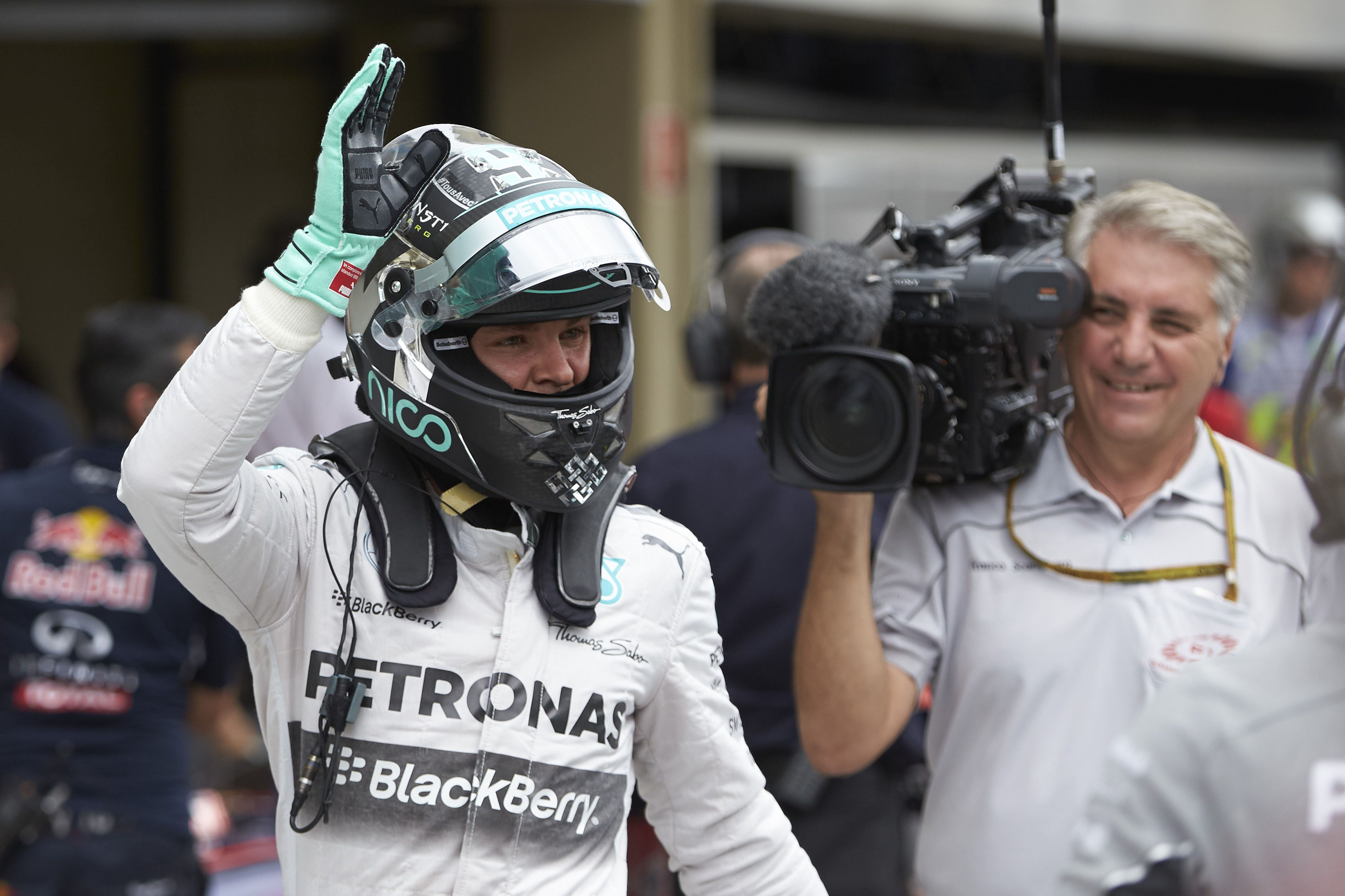 Nico Rosberg has won the Brazilian Grand Prix after holding the lead throughout the race. Lewis Hamilton, unable to overtake, was second while local Felipe Massa completed the podium.

Finally Nico Rosberg could adjust the distance that separated him from his teammate. With today’s victory, Nico Rosberg will have more chances to win the Drivers’ Championship in Abu Dhabi, although he needs Hamilton not to finish first or second.

The race started with the lead of Rosberg, Massa and Bottas keeping third and fourth places, while Alonso and Magnussen won a position to Vettel after the German made a mistake in the third corner.

The first stops already appeared in the fifth lap with Massa and Maldonado, the tire degradation has been featured throughout the race. For the next lap the pit-lane activity was frenetic and strategic. Lewis Hamilton sought to take the lead in the race for Nico Rosberg in the first stint while overstaying on track, but he could not do it.

Behind, Vettel would not be able to overtake the Ferrari of Alonso at the second stop, where the rythm had dropped and the Spaniard was in the last positions of points while Raikkonen’s Ferrari was out of them. Ricciardo, also in positions behind – with front drivers who had not yet stopped – finally had to leave by a sudden failure of the brake discs.

In the third stint,  Nico Rosberg stop while Lewis Hamilton did not do it yet. The tire degradation of the British were very high, but he seemed  to be able to beat his teammate. An  off track and a spun made the Mercedes driver to get away completely from the first position and had to settle for pushing the German five laps without opting into position.

Massa, meanwhile, remained in fourth place with Hülkenberg yet to make his stop to soft in the final laps. Bottas, meanwhile, had to settle for last place in points, and has been unable to keep up in an unfavorable day for Williams.

McLaren were now constant and persevering to keep both cars in the points. Because a fourth for Buton – even having to see Hulkenberg surpassing him on track – is important for the team, although Ferrari have stood firm to secure position in the constructors’ championship, not fighting it in Abu Dhabi.

The last laps of the race have been marked by a slight pressure of Hamilton while Fernando Alonso struggled with his teammate and became sixth, achieving eight points.

The next race, then, will be here two weeks in Abu Dhabi, where the season will be closed and the 2014 world champion, declared.